This solidarity fund for students calls "profitable companies" for donations

Only 18 years old, Jules Simiand is the co-founder of the Student Solidarity Fund (FSDE), created to help young people most vulnerable by the Covid-19 crisis. A voluntary activity, which is only possible thanks to financial or material donations, he explains in "La France bouge", on Europe 1. &amp; nbsp; 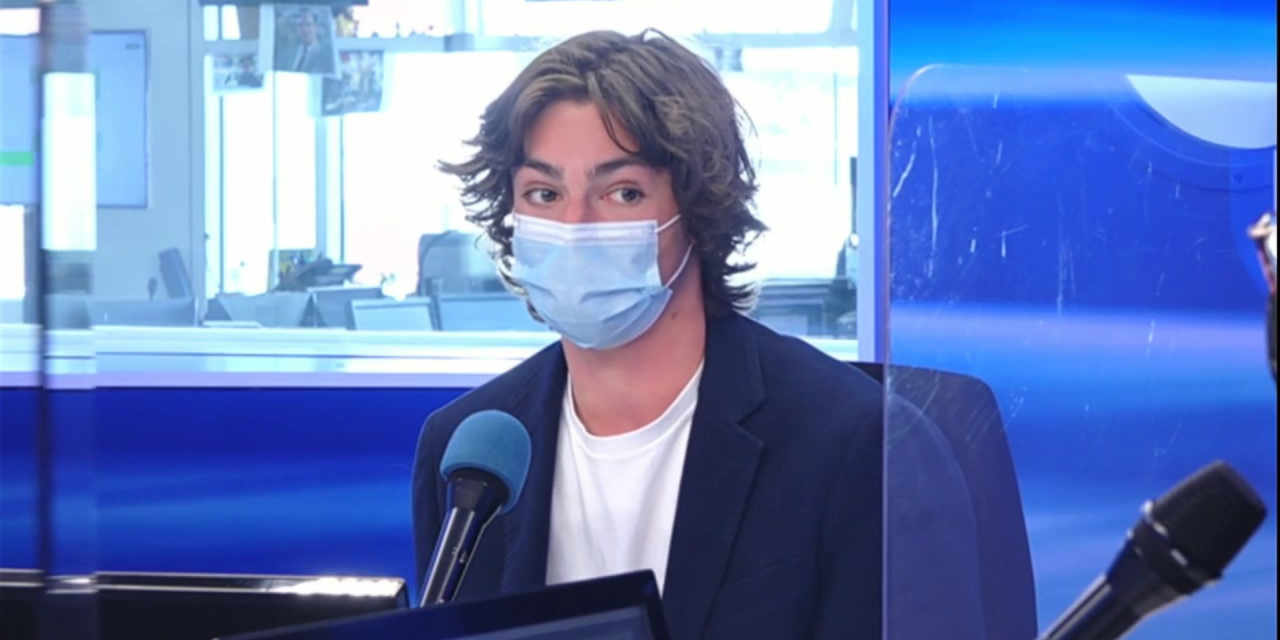 Only 18 years old, Jules Simiand is the co-founder of the Student Solidarity Fund (FSDE), created to help young people most vulnerable by the Covid-19 crisis.

A voluntary activity, which is only possible thanks to financial or material donations, he explains in "La France bouge", on Europe 1.

"There are real gaps that can only be filled by public institutions and it is also up to young people who are in good situations to take matters into their own hands."

The mantra of 18-year-old Jules Simiand is as simple as it is impressive.

Just major, this business student in Madrid had already created a school support site during the first confinement.

One year after the start of the Covid-19 crisis, the economic consequences of which particularly weaken young people, he presents at the microphone of

his new idea: a solidarity platform, operating thanks to donations.

>> Find all the shows of

The idea of ​​the Student Solidarity Fund (FSDE), created two weeks ago by Jules Simiand and one of his friends, is to allocate the right aid to those who need it, "in a very concrete way".

"We come to the site, we fill out a form that will ask us in what way we are more legitimate than another to receive such or such help," explains the young man.

The requests are then examined by committees - the FSDE brings together 12 people, all volunteers - who decide who receives what.

It can be "a computer, because it is the only way to attend classes today", but also "food aid for those who do not have enough financial resources and who limit themselves to their meals", or a "little extra to pay rent because they lost a contract", lists Jules Simiand.

"The demand we have the most is digital, students who no longer have a computer or who need large software which is expensive and which is not funded by universities."

>> Find job offers for young people every Wednesday and Friday at 1:50 p.m. in

>> You are a company and you are recruiting, write to us: E1-lafrancebouge@europe1.fr

To help young people who call on it, FSDE relies on a single source of income: donations.

Jules Simiand thus launches "an appeal to profitable companies and individuals" the least impacted by the Covid-19 crisis.

The structure, which can be reached by email on its site, receives money - it has already collected 13,800 euros in two weeks - but also donations in kind, which may be useful to students.

"L'Oréal came to see us to give us hygiene products, which are normally expensive", explains the co-founder, for example.

"We have accepted them and will organize a distribution in the coming months."