Space company Mynaric: A German dwarf who has what everyone wants

The German start-up Mynaric produces a key geopolitical technology: lasers that transport large amounts of data through space. It is so important that the federal government even imposed a China export ban. Now the company is daring to venture west. 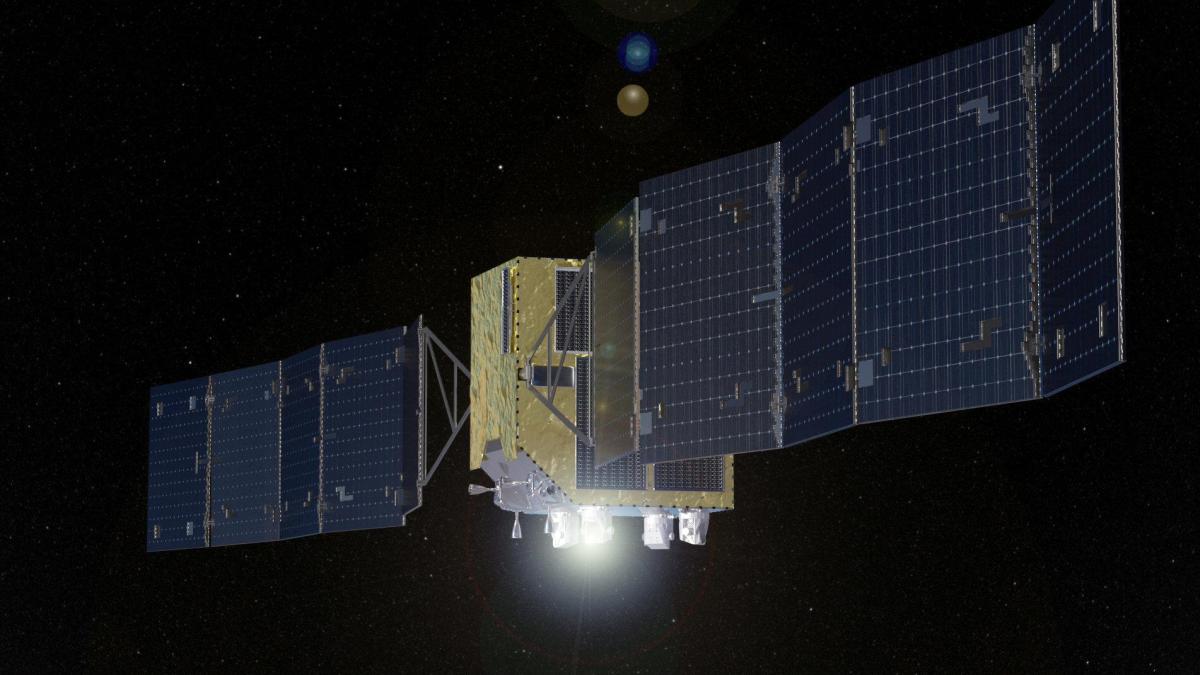 The incredible technology is already working.

Huge amounts of data in space can be transmitted over tens of thousands of kilometers between satellites using laser beams.

Comparable to a fiber optic network, only in space and without cables.

The applications are still isolated cases, but experts believe that the technology will develop into a multi-billion dollar market in the future.

Satellite swarms then communicate with each other via optical laser data links, but also to earth or from space to airplanes.

The military are also planning non-eavesdropping and interference-free laser data connections to drones.

One established and one challenger.

On the one hand, the broad-based aerospace communications technology company Tesat-Spacecom from the Airbus Group, based in Backnang near Stuttgart.

Tesat was already testing laser data communication over a decade ago.

In addition, the start-up Mynaric from Gilching near Munich, which now has 200 employees.

Initially spun off from the German Aerospace Center (DLR) in 2009, Mynaric went public on the Frankfurt Stock Exchange in 2017.

Now comes the next jump.

Mynaric also wants to go public on a US stock exchange via a capital increase.

At an Internet press conference, however, company boss Bulent Altan did not give any further details, such as future capital requirements.

The US listing is targeted in the second half of the year.

After the air taxi start-up Lilium, the Mynaric US IPO is the second company from the German aerospace scene to tap into the US capital market for its growth plans.

In the US there are more risk-taking investors who are more willing to invest in new technology.

There is also more enthusiasm and, above all, numerous projects in the so-called New Space movement.

Start-ups, billionaires with space travel enthusiasm like Elon Musk or Amazon founder Jeff Bezos as well as established companies fuel each other with ambitious projects.

Many projects revolve around swarms of satellites for different tasks.

Probably the most spectacular project is Elon Musk's Starlink project for setting up an Internet connection from space.

There are currently 1,318 Starlink satellites orbiting the earth.

They started in just two years.

Future Starlink satellites should communicate with each other or with terminals on earth using laser beams.

The first tests in space have already been carried out.

As Mynaric boss Altan said, he could well imagine supplying SpaceX in the future or cooperating in a licensing model.

"We could produce a large number of terminals that they need," said Altan.

Integration into the production of Starlink satellites would also be conceivable.

“We have unique technology,” says the manager.

What is explosive is that Altan himself worked for SpaceX for a good decade.

The Mynaric boss pointed out that the technology for optical laser communication has now become a key geopolitical technology.

It is so significant that the federal government banned Mynaric from selling devices to China last year.

The German start-up then abandoned its China plans completely and became increasingly involved in the American market.

There are several projects there, private and public, for example for a tap-proof network for government satellites.

Mynaric is already talking about winning "two high-profile contracts" within the framework of US government programs.

The German competitor Tesat recently reported on a delivery order to the US defense company Lockheed Martin for a satellite network of the US government.

An indication of the leading role played by technology from Germany.

The market volume is expected in the Mynaric annual report presented on Wednesday on almost 11,000 laser communication terminals by the end of 2029 by the constellation operators.

Most planned to use between two and five laser terminals per satellite.

Experts point out that optical data communication by laser also has the advantage that no frequencies have to be applied for for transmission.

Great hope for the future

While Tesat positions itself as an experienced company, Mynaric is still at the beginning.

After a dozen terminals in 2020, there should be 50 this year and a three-digit number in 2022. One day a laser terminal is to be manufactured per day.

There are two segments.

Laser communication from, to and between aircraft and drones (Hawk Air) and satellites (Condor).

Mynaric boss Altan sees opportunities in the US government business above all.

In the USA, a 1,000 square meter office and laboratory was put into operation near Los Angeles.

The Gilching location was also expanded.

In terms of sales, the gap between hopes for the future and actual revenues, which is typical for many start-ups and is extremely large at Mynaric, is still evident.

So deep red numbers due to preliminary work.

This year the board hopes for more sales.

Mynaric boss Altan has been at the helm of the company since July 2020, but does not mention any amount.

“We apply to all the vacancies we have access to,” he says.