Gastronomy is stuck in lockdown. Festivals like the Berlin Food Week have already been canceled for the second time. The organizers are now switching to digital training with well-known TV stars. That has its price - but the state steps in for some of the participants. 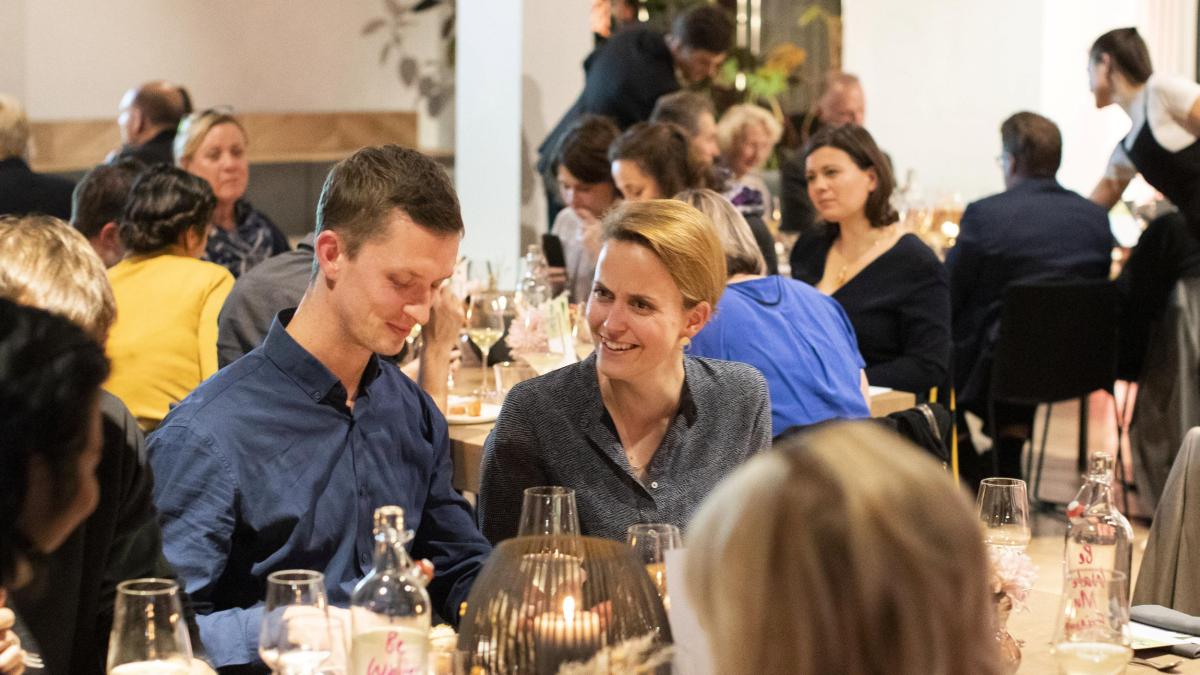 The name is clue enough.

The Berlin Food Week is obviously about food.

In fact, it is one of the largest festivals of its kind in Germany, and practically every large city has set up such culinary events.

The last edition of the Berlin variant in 2019 hosted more than 50 events across the entire capital - from a small trade fair called “House of Food” to restaurant campaigns and cooking courses.

A small company of the same name is behind the Berlin Food Week, which was founded in 2013.

It arose from the cooperation of various agencies and event service providers.

Companies that are close to the topic are involved as partners: the home appliance manufacturer Miele, the food supplier Transgourmet and the online reservation provider OpenTable.

For the Berlin Food Week, as for so many festival series and trade fair events, the business basis broke with the pandemic: major events have not been possible in Germany for over a year.

The catering industry also had to close in the first lockdown and is currently not allowed to receive any guests.

This affects numerous employees, the number of short-time workers is particularly high in the hotel and catering industry.

It is about 222,000 companies and 2.4 million employees, according to the restaurant association Dehoga.

According to a response from the federal government to a small request from the Greens, 65 percent of employees were affected at times.

In addition, at least 200,000 jobs were lost in the first Corona wave in the spring.

"Everything that made us was banned," says Alexandra Laubrinus, managing director of Berlin Food Week.

The company has therefore reinvented itself - on the one hand to ensure its own survival, on the other hand to support the massively battered gastro scene.

“We don't just see ourselves as a festival,” says Laubrinus.

Rather, they see themselves as a platform that is there for the industry.

Robots in the kitchen

Since the beginning of the year, the company has been offering certified and funded training.

“Many people in the industry are forced to have a lot of time at the moment.

"Upgreat - digital power for the hospitality industry" is the name of the 160-hour digital course that Berlin Food Week has set up with the XU Group educational incubator.

"We show the opportunities of digitization for the hospitality industry", explains Michael Hetzinger, managing director and partner of the Berlin Food Week.

The participants should make themselves and the catering business fit for the future after Corona: How can robots be used in the kitchen?

How do merchandise management systems work?

The number of further training courses in the hospitality industry is generally rather manageable.

The most important providers include the academy of the industry association Dehoga, the German Hotel Academy in Cologne or distance learning courses from various private providers.

Industry experts such as Marie-Anne Raue from Restaurant Tim Raue or bar expert Arnd Heissen are there.

Upgreat, which is certified as an educational program by TÜV, has been on offer since January.

For employees on short-time work and job seekers, further training is subsidized with up to 100 percent by the Federal Employment Agency.