Inditex founder Amancio Ortega has abandoned his position in the &amp; apos; top 10 &amp; apos; from the 2021 edition of the Forbes list of the world's greatest fortunes and has passed ... 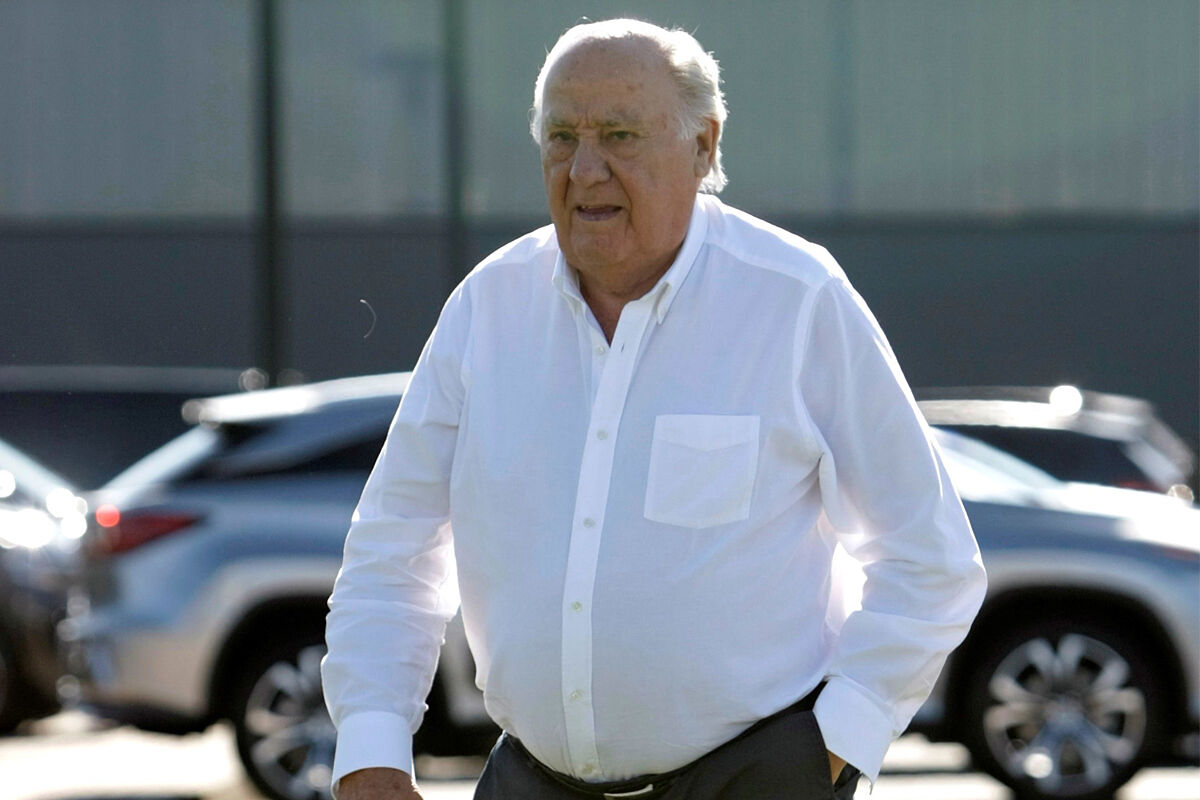 The founder of Inditex,

, has abandoned his position in the 'top 10' of the 2021 edition of the Forbes list of the world's greatest fortunes and has moved to the 11th position on a list headed by Jeff Bezos for fourth consecutive year.

Despite this, Ortega's assets grew 40% since the last edition and reached

In third position appear the Frenchman

, granddaughter of the founder of L'Oreal is the first woman on the list and appears just behind Amancio Ortega with a fortune of 73.600 million dollars.

All of them increased their fortunes throughout 2020. In fact, you have to go down to position 36 of Miriam Adelson to find a fortune that did not grow last year (in her case, it remained the same: 38.2 billion dollars) and even

, the grandson of the Walmart founder,

to find one that declined.

According to Forbes, this year has been peculiar and not only because of the pandemic.

"The number of billionaires on Forbes' annual list," they explain, "has exploded" to an unprecedented

Of these, 493 appear for the first time, which would mean the 'creation' of a new billionaire every 17 hours during 2020. Furthermore, 86% of those present on the list are richer than they were in 2020. In total Their fortunes total

, 8 trillion more than the previous year.

Behind Amancio Ortega in the list of Spanish fortunes is his daughter Sandra (position 344 on the general list), with an equity estimated by Forbes of 7,300 million dollars (6,138 million euros).

Meanwhile, the president of Mercadona, Juan Roig, is placed in third place in the homeland list with the 680th place worldwide, which guarantees his fortune of 4,200 million dollars (3,531 million euros), according to Europa Press.

and Coca-Cola European Partners shareholder Carmen Daurella, all of them with 1,000 million dollars (840 million euros).

Comercio2021 exacerbates the textile crisis: the large ones are sustained thanks to online sales but the small ones are dying

The self-employed The forgotten ones of the aid of the Government: "What we have left? The closure"