After the direct Dubai-Tel Aviv flights, launched last November, the United Arab Emirates, which have normalized their relations with Israel, are inaugurating a new air link, this time between… 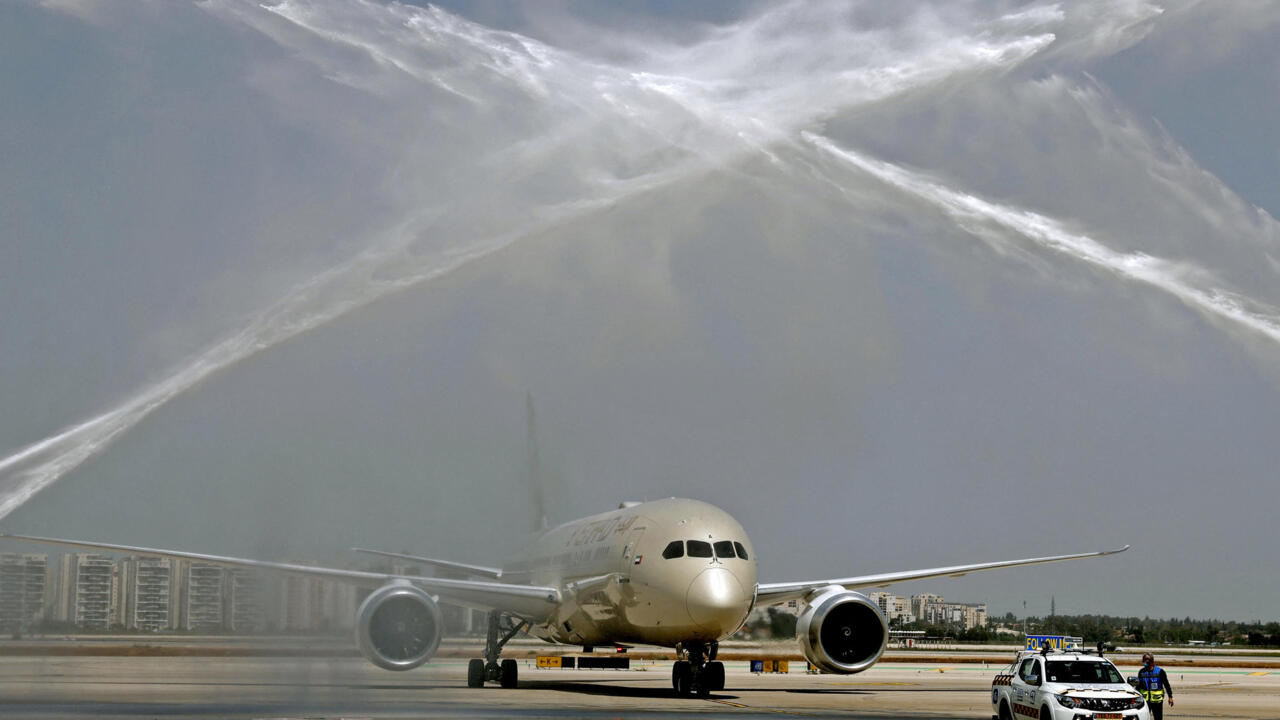 After the direct Dubai-Tel Aviv flights, launched last November, the United Arab Emirates, which have normalized their relations with Israel, are inaugurating a new air link, this time between Abu Dhabi and Tel Aviv.

The first commercial flight connected the two cities on Tuesday, April 6, with the new ambassador of the United Arab Emirates in Israel on board.

On the tarmac of Ben-Gurion International Airport, the Etihad Airways plane from Abu Dhabi is greeted with the traditional “aquatic salute”.

Water cannons project jets and form an arch above the device.

From now on, two flights will connect the capital of the United Arab Emirates to Tel Aviv each week.

the Hebrew State and Dubai.

Two States at the forefront of Covid vaccination

Israel, United Arab Emirates, the two countries that normalized their relations last summer are today at the forefront of vaccination against Covid-19.

Etihad Airways even boasts of having vaccinated all of its on-board staff.

Its flights are now intended to be without health risk and especially without constraints, since upon their arrival in Abu Dhabi, Israeli passengers are exempt from quarantine.

Mohamed Al Khaja, Ambassador of the Emirates to Israel, hopes that this flight symbolizes the beginnings of a rich cooperation between the two countries.