Etihad Airways, the national airline of the United Arab Emirates, launched its first scheduled flights between Abu Dhabi and Tel Aviv today. Since Monday, Israel has been included in the Abu Dhabi list of green countries, which means that there is no longer a need for visitors to be subject to quarantine upon arrival in Abu Dhabi. 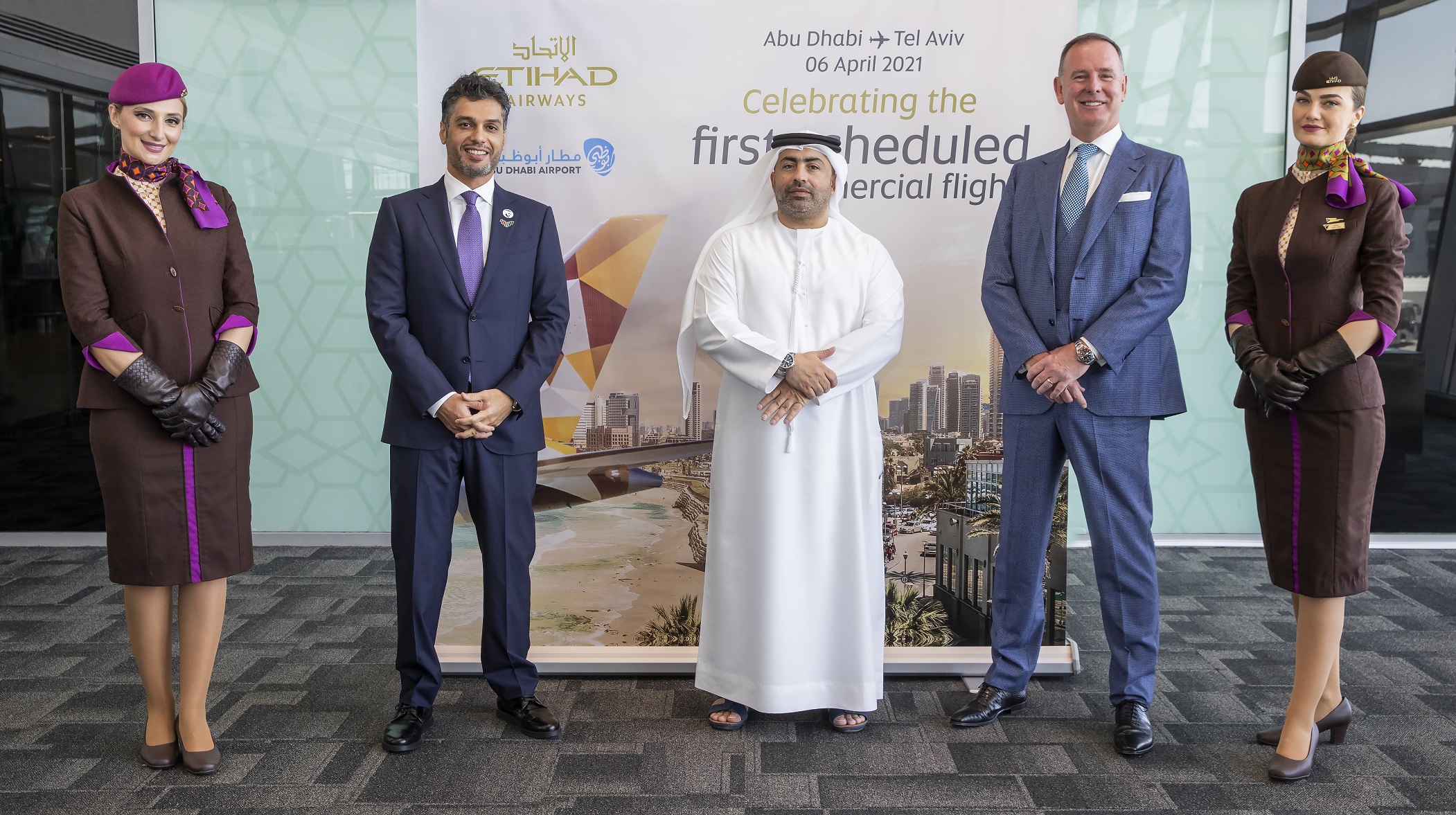 Since Monday, Israel has been included in the Abu Dhabi list of green countries, which means that visitors will no longer be subject to quarantine upon their arrival in Abu Dhabi.

This new service comes as a historic step in the framework of strengthening diplomatic, commercial and tourism relations between the UAE and the State of Israel in light of the Abrahamic Peace Agreement signed in September 2020.

The flight carried a delegation that included His Excellency Mohammed Mahmoud Al Khajah, the first ambassador of the UAE to Israel, His Excellency Eitan Nai, Head of the Israeli Mission in the UAE, Tony Douglas, CEO of Etihad Aviation Group, and a number of diplomatic and economic figures.

Douglas said on this occasion, “Today is a new milestone in Etihad’s history, with the operation of its first regular commercial flights to Tel Aviv. Last year, the UAE and Israel entered history by signing the Abrahamic Peace Agreement, and today we are very excited about what this agreement will carry. From new opportunities for the federation and our beloved emirate, Abu Dhabi.

He continued, "We are pleased to receive representatives of the most important companies in the tourism and hospitality sector in the UAE aboard our trip today. These leaders will not only demonstrate Abu Dhabi as a leading global tourist destination, but will also confirm the emirate's strong and consistent response to promoting health and safety."

The flights will be operated by Etihad Airways' iconic Boeing 787-9 Dreamliner, which includes 290 seats in Business Class and 262 seats in Economy Class, and is equipped with the popular e-box entertainment systems and wi-fly.

Etihad Airways will operate two weekly flights between Abu Dhabi and Tel Aviv as an initial stage, and return flight EY599 will carry travelers from Tel Aviv to Abu Dhabi, and they will not have to undergo a quarantine period, with Israel entering Abu Dhabi's list of green countries.

In addition to direct flights between the two destinations, travelers from Tel Aviv can take advantage of connecting and connecting flights to 35 international destinations, including major destinations in Asia, the Indian Peninsula and Australia.

It is expected that the demand will be great for business trips and recreation between the UAE and Israel and others, given that the two countries are among the countries that have the highest rates of vaccination against Covid-19 in the world.

Etihad and the Israeli national carrier Al-Al will continue their preparations to expand cooperation at the level of destinations between them, as the two parties signed a memorandum of understanding in November of last year 2020, covering code-sharing agreements on the operations of both carriers, mutual benefits through frequent flyer programs, as well as cooperation on In terms of cargo operations, training and maintenance services, Etihad Airways has a solid reputation as one of the leading airlines in its response to the COVID-19 pandemic.

In February 2021, Etihad became the first airline to announce that all of its working air crew members had received the vaccine.