Tissue paper welcomes rising prices! Some brands have increased by more than 10%, would you go to stock up on paper?

Sino-Singapore Jingwei Client, April 3 (Yan Shuxin) Household paper ushered in a wave of price increases. Recently, Vinda Paper, Hengan Group, Zhongshun Jierou and many other paper companies have announced that due to factors such as rising raw material prices, they will increase the prices of some products from April 1.   On April 2, the Sino-Singapore Jingwei client visited the Beijing market 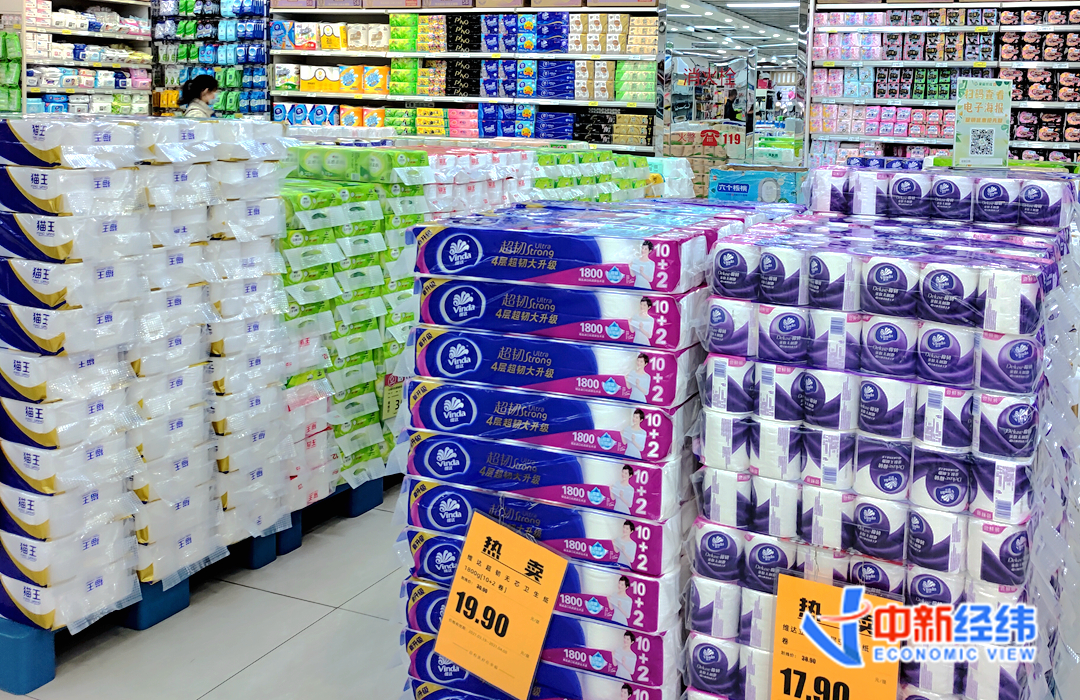 Recently, Vinda Paper, Hengan Group, Zhongshun Jierou and many other paper companies have announced that due to factors such as rising raw material prices, they will increase the prices of some products from April 1.

On April 2, the Sino-Singapore Jingwei client visited the Beijing market and found that the upward pressure has not yet been transmitted to the consumer side.

Analysts pointed out that the cost pressure of paper companies may continue until June this year.

Because the pulp price in 2021 is already significantly higher than that in 2020, if the price of tissue paper cannot be effectively transmitted, the profit of tissue paper base paper will be affected.

Photograph by Yan Shuxin, the new latitude and longitude in the data map

Recently, a price adjustment notice from Hengan Group showed that due to the continuous increase in the cost of imported wood pulp and bulk materials, starting from April 1, the company’s promotional supply prices of related tissue products have gradually increased by 10%-20%.

Among them, Zhongshun Jierou said that it would "substantially adjust" the prices of household paper products, but none of these companies disclosed specific increases.

On April 1, Hengan Group and Zhongshun Jierou told the Sino-Singapore Jingwei client that the above-mentioned price adjustment notice was true.

On April 2, the Sino-Singapore Jingwei client visited Beijing Supermarket and found that the price increase notices of the aforementioned paper companies have not yet been implemented at the retail end, and branded household paper such as "Vinda" and "Qingfeng" are being promoted.

"I didn't feel the price increase, and the promotional price of some rolls was even lower than before." said Ms. Niu, who is shopping for household paper in the supermarket.

Supermarket sales staff also said, "I have not heard of a price increase."

On April 1, the staff of Vinda Paper's South China area also mentioned in an interview with the Sino-Singapore Jingwei client that the South China area has not yet received a price increase notice from the group, "We will still have various promotional activities. "

The cost pressure of paper companies may continue until June

It is understood that according to the nature of the raw materials, paper products can be divided into two categories: waste paper and wood pulp.

Chang Junting, a senior pulp analyst at Zhuo Chuang Information, introduced to the Sino-Singapore Jingwei client that wood pulp purchases are generally available on external markets and on-site. Imported wood pulp stocks have continued to rise for more than three months from December last year to early March this year. Among them, the increase of imported softwood pulp and hardwood pulp reached 55% and 70% respectively.

In terms of external disks, imported wood pulp has been on an upward path from July last year to April this year, especially in the first quarter of 2021, where a single increase can reach US$100/ton.

"The leading companies are mostly long-term customers, so their cost pressure in the later period is also continuing to increase. Therefore, we see that the four major paper companies have successively issued letter of price increases for finished tissue paper." Chang Junting said.

Photograph by Yan Shuxin, the new latitude and longitude in the data map

As for the reasons for the increase in pulp prices, Chang Junting believes that pulp futures continue to rise, the pressure on the cost of imported wood pulp has increased, downstream raw paper companies have issued high-frequency and high-frequency price increase letters, and the maintenance news of domestic and foreign pulp mills in the first quarter has been continuously announced. The policy support of the ban on plastics and the ban on abolition is related to factors such as more consistent market expectations.

"Pulp futures are affected by news and dominated by funds, and prices continue to rise sharply, with the highest price hitting 7,652 yuan/ton. Market liquidity is tightening, and the linkage between futures and futures is enhanced, driving up the spot market price." Chang Junting said.

In addition, the "container crisis" may also be one of the factors.

According to CCTV Finance, Brazil's Suzano SA, the world’s largest producer of tissue paper pulp, previously stated that with the surge in demand for container ships, the pressure on cargo shipments has increased, resulting in delays in shipments. The stocking in March will affect the next month. .

Chang Junting pointed out that, from the perspective of the external disk of imported wood pulp, the time of arrival from China to Hong Kong in April is around June, so if large-scale paper companies accept the external disk in April, the cost pressure will continue until June.

"In addition, we have to consider that the pulp price in 2021 is already significantly higher than in 2020, so if the price of tissue paper cannot be effectively transmitted, the profit of tissue paper base paper will be affected."

These stocks will benefit

As the price of paper rises, the stock prices of related companies are also rising.

The share price performance of some paper stocks this year.

Liu Tiantian, an analyst at Dongxing Securities, pointed out that after the previous surge and there is no obvious imbalance in the fundamentals of supply and demand, it is expected that pulp prices will not rise sharply in the short term; considering factors such as consumption, exports and plastic replacement, pulp and paper prices are expected to remain high in the short term .

Since 2021, the price of pulp and paper has increased significantly, and the paper price center for the whole year has a higher probability of moving up year-on-year. Leaders with self-sufficiency in raw materials have more flexibility in performance.

Zheshang Securities also mentioned that under the background of high consolidation or even rising in the pulp and finished paper market, the profitability of pulp-based paper companies is expected to continue to rise.