"There is increased activity": the Nord Stream 2 operator announced provocations in the construction zone

The representative of the company - operator of the Nord Stream 2 project reported on the increased activity of warships and aircraft of foreign states in the area of ​​the gas pipeline construction. As noted in Nord Stream 2 AG, these actions are often provocative. In particular, during one of these incidents, an unidentified submarine surfaced in the security zone of the Fortuna pipelayer, whose actions could have damaged the pipeline. The State Duma expressed the hope that these incidents are "accidental actions" that will not take on a mass character. 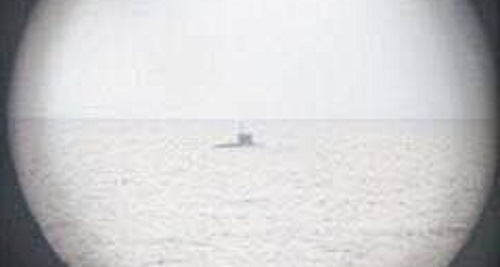 “After the resumption of the construction of the offshore section of the Nord Stream 2 gas pipeline in January 2021, an increased activity of warships, aircraft and helicopters, as well as civilian vessels of foreign states, whose actions are often clearly provocative in nature, has been observed in the work area,” the spokesman said. companies.

He explained that when working on such economic projects, the standard procedure is to establish a one and a half mile safety zone, where other vessels should not enter in order to protect the construction area from possible incidents.

It is noted that next to the technical vessels carrying out work on the gas pipeline, "warships of foreign states are constantly recorded."

In particular, the company said that on March 28, 2021, an unidentified surfaced submarine appeared in the pipelayer's security zone at a distance of less than one mile.

“Given that Fortuna's anchor lines are located at a distance of more than one mile, the actions of the submarine could disable the entire anchor positioning system of the pipe-laying barge and lead to emergency damage to the pipeline,” said Andrei Minin.

The representative of Nord Stream 2 AG also said that the Polish anti-submarine aircraft PZL-Mielec М-28В1 Rbi regularly overflights the work area at low altitude and at a close distance from the pipe-laying vessel.

Several other incidents have been reported, in which support and supply vessels were forced to intervene amid the appearance of other ships in the construction zone.

According to the company, we can talk about "clearly planned and prepared provocations" using both fishing vessels and warships, submarines and aircraft to obstruct the implementation of the project.

Let us remind you that Nord Stream 2 is two strings of a gas pipeline with a length of more than 1.2 thousand kilometers each and a total capacity of 55 billion cubic meters per year.

According to the latest data, Nord Stream 2 AG has already laid 2,339 km of the length of the Nord Stream 2 pipes, or 95% of the pipeline.

According to the vice-speaker of the Federation Council, Konstantin Kosachev, such actions by opponents of the construction of the gas pipeline may be due to the fact that they have exhausted the possibilities for opposing the project with legal instruments.

In an interview with an RT correspondent, the senator noted that such activity is outside the civilized actions of states and outside international law.

In turn, the Deputy Chairman of the State Duma Igor Ananskikh expressed the hope that these incidents are “accidental actions of the opposite side,” which will not become widespread.

And the first deputy chairman of the State Duma committee on economic policy and industry, innovative development and entrepreneurship, Vladimir Gutenyov, expressed the opinion that the builders will continue to calmly implement the project.

We add that on April 1, it also became known that Germany rejected the protest of environmental organizations that sought to revoke the permit for the laying of Nord Stream 2.

The corresponding decision was made by the Federal Office for Maritime Navigation and Hydrography of Germany (BSH).

Earlier, the German environmental organizations Deutsche Umwelthilfe (DUH) and NABU protested the permission of the German regulator to extend the construction of the Nord Stream 2 pipeline.

According to ecologists, the regulator allegedly did not take into account the issues of environmental protection and the impact of the project on the climate.

The ministry said that following an assessment of the doubts expressed in the protests of environmentalists, the decision to lay the highway remains legal.