Officials of companies trading and supplying meat, vegetables and fruits, in the country, stated that they resorted to alternative plans, to avoid delayed arrival of incoming shipments to the Emirates, which are still stuck in the Suez Canal awaiting transit after the end of the delinquent ship crisis, in order to ensure the availability of goods. 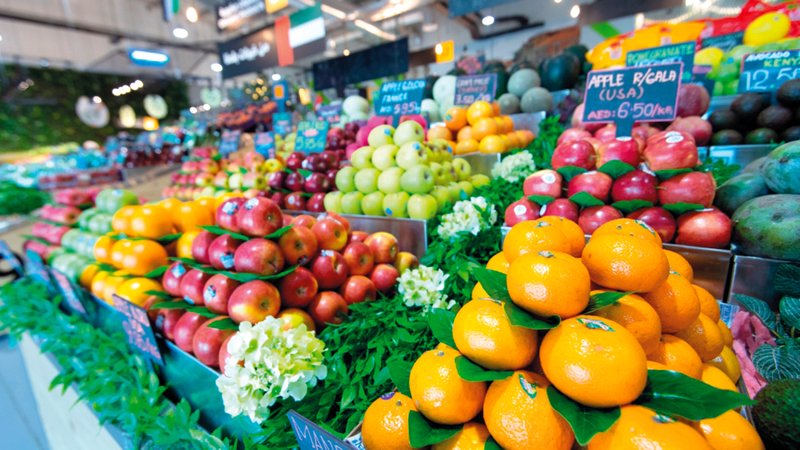 Supplying companies: including resorting to increasing imports from nearby Asian countries

Officials of companies trading and supplying meat, vegetables and fruits in the country stated that they resorted to alternative plans, to avoid delayed arrival of incoming shipments to the UAE, which are still stuck in the Suez Canal awaiting transit after the end of the delinquent ship crisis, in order to ensure the availability of goods and the stability of their prices in the local markets.

They told Emirates Today that despite the ship’s floatation in the canal, there are many food shipments on board the ships waiting for their turn to pass, which may take a long time for their arrival in the country, explaining that one of the most prominent alternative plans is to resort to an increase Importing from Asian countries, especially the neighboring and near countries, whether by sea or air freight.

In detail, the director of the "Hebron" Corporation for the Import and Trade of Meat Products, Amjad Khairy, said that the corporation has shipments on ships that are still stranded in the Suez Canal, explaining that those shipments include 22 containers, each containing 24 tons of chilled and frozen meat products, in addition to Frozen poultry.

He added that these products are imported from Brazil and Australia, as well as European countries, such as: Spain, the Netherlands, and Italy.

Khairy indicated that with the delay in the arrival of shipments to the state markets, despite the end of the crisis of the ship that was aground in the Suez Canal, the Corporation began implementing alternative plans to meet the requirements of supply to the local companies and institutions contracting with it, by resorting to increasing imports from nearby Asian markets, such as India and Pakistan. In addition to buying products stored in the local market, as well as searching for purchases and shipment via airplanes, what supports the continued abundance of meat and poultry products until all ships cross the Suez Canal and reach the Emirates.

For his part, the head of the Vegetable and Fruits Suppliers Group in Dubai, and the head of the Farzana Trading Company, Mohammed Al-Sharif, said that the company has about 150 containers on board ships that are still waiting to pass through the Suez Canal, indicating that these containers include vegetables and fruits, in addition to imported food products. From European countries, Brazil, Chile, and Ecuador, as well as imported products from the Egyptian market.

Al-Sharif added that the delay in the arrival of these shipments to the local markets has made companies look for alternative means and plans, including the provision of many goods from neighboring countries, by increasing imports of vegetables, most notably onions, potatoes and lettuce.

He explained that the most important countries that provide alternative products are: the Sultanate of Oman, Iran, India and Pakistan, which guarantees a continuous increase in supply, and preserving price stability during the coming period until the arrival of pending shipments.

In turn, the head of the "Fresh Fruits" company for the import and trade of vegetables and fruits, Abdul Redha Al-Mansouri, said that the company has shipments stuck on ships that are still waiting to cross the Suez Canal, indicating that these shipments include 500 containers of several types of fruits, each container contains about 20 Tons of products imported from a number of countries, most notably Ecuador, France, Italy and Spain.

He explained that these containers are loaded on four ships, one of which is waiting its turn to pass the canal, while the other three ships are waiting outside the canal, among the many ships waiting in the Mediterranean to cross to the canal.

Al-Mansouri pointed out that the delinquent ship crisis imposed a speedy movement of companies supplying food commodities to the country, by searching for alternative supply methods, especially since other ships would join from the countries of origin to wait their turn at the entrance to the canal.

He indicated that the country's distinguished position and the speed of shipping and import procedures contributed to supporting the importing companies ’plans to resort to alternative plans, including importing from Asian countries, whether through sea or air freight, with a greater focus on imports from neighboring and near countries, to ensure the speedy arrival of shipments.

He added that among the most prominent countries that the company resorted to increasing imports from within the alternative plans: the Philippines, Indonesia, Thailand, and China, in addition to countries such as: India, New Zealand and Australia.

Al-Mansouri stressed that the implementation of alternative plans in the face of the delay caused by the recent Suez Canal crisis, supports the abundance of supply in the state's markets of various food commodities, as well as price stability with opportunities for offers of discounts, especially as the pending shipments will join the goods that were provided through alternative plans, Dramatically increases supply, and boosts inventory.

Amjad Khairy, director of the "Hebron" Corporation for the Import and Trade of Meat Products, said that most frozen meat import companies prefer to import products via sea freight, because there is a big difference in cost, compared to air freight operations, where the average cost of shipping per kilogram via ships is about 25 cents. On airplanes, for four dollars a kilogram.

Alternative plans ensure the constant availability of commodities, and the stability of their prices in the local markets.

The ship's crisis imposed the speed of action by companies supplying food commodities to the state.