The local stock markets witnessed selective buying yesterday, during the beginning of the week's session, which resulted in market gains of 13.4 billion dirhams with marginal increases in indices. 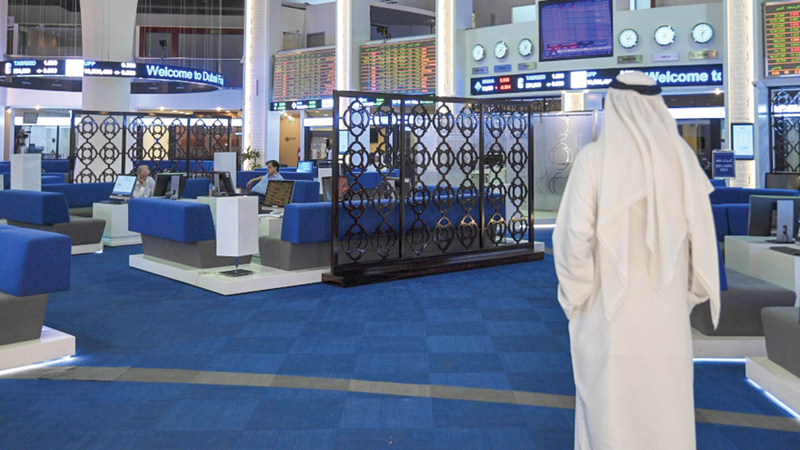 The local stock markets witnessed selective buying operations yesterday, during the beginning of the week's session, which resulted in market gains of 13.4 billion dirhams, with marginal gains in indices.

According to the data of the two markets, the general index of the Dubai Financial Market closed up by 0.18%, at the level of 2500 points.

The share of Emaar Properties closed at its previous price of 3.45 dirhams, with transactions that exceeded 4 million shares.

GFH’s share was at the forefront of the most actively traded stocks, up by 1.6% at 0.63 dirhams, and trading nearly six million shares.

In addition, Jamal Ajaj, an expert in financial markets from the company "BH Mubasher" for financial services, told «Emirates Today», that «selective buying movement dominated the performance of the local markets yesterday, especially in the Abu Dhabi market, on shares of few traded before The base of large investors, such as (fish) and (marine dredges), as it does not have a strong investor base, but it was the subject of interest yesterday by investment funds, which led to an increase in trading volumes in the capital market.

He added that «some of the leading stocks, such as (Etisalat) and (Abu Dhabi First), witnessed pressure as a result of price adjustments that took place after the expiry of the dividends entitlements and the accompanying price rises.

Ajaj pointed out that "trading volumes were weak in the Dubai Financial Market yesterday, without any logical justification. However, the investors' interest was quiet."

Approval of the capital increase of DXB Enterprises.

DXB Enterprises, in a statement on the Dubai Financial Market, announced the approval of the Securities and Commodities Authority to increase its capital from 9.43 billion dirhams to 62.82 billion dirhams.

The company added that the authority agreed to amend the text of Article (1/5) of the company's articles of association, and add a new article (66 bis), which stipulates the eligibility of any person who acquires 90% in addition to one share in the issued capital. Of the company, and obligating the minority shareholders of the company to sell or exchange all the shares owned by them for the benefit of this person.