With the merger process of Bankia and CaixaBank completed, the new entity this Saturday began the work to replace the Bankia brand of significant buildings, ... 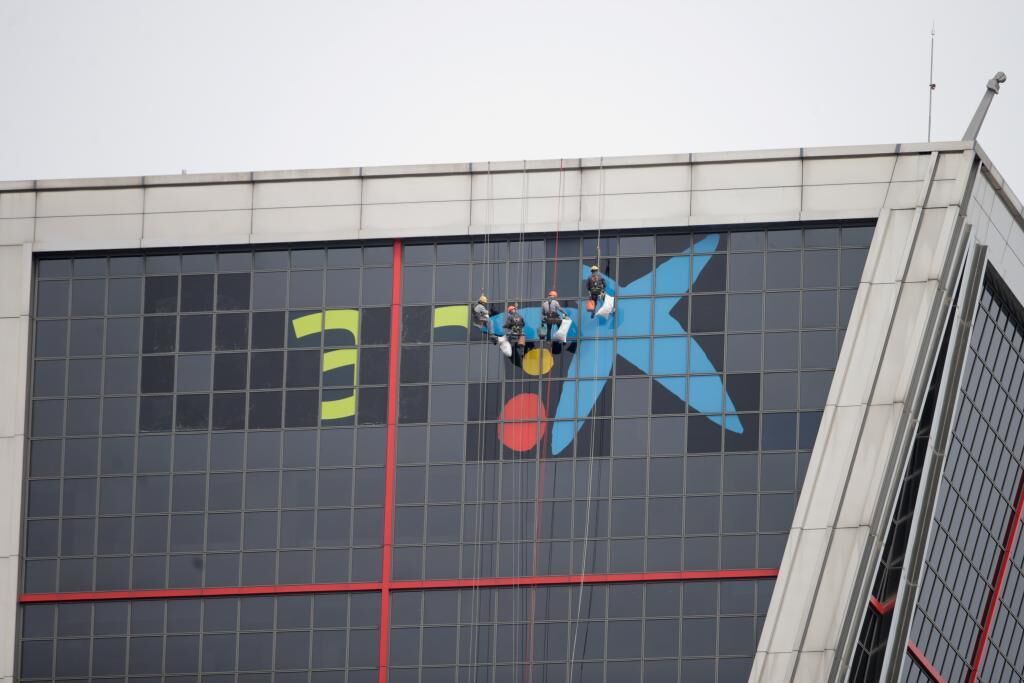 With the merger process of Bankia and

, the new entity this Saturday began the work to replace the Bankia brand of significant buildings, including its headquarters in the

, where the blue five-pointed star already shines designed by

The president of the new CaixaBank,

, explained yesterday, the day the merger was legally concluded, that the objective is to complete the unification of the brand as soon as possible.

The replacement works have started with Bankia's "corporate and most significant buildings", a process that will continue over the next week.

Afterwards, the new labeling of the branches will begin in a period of between seven and fifteen days, according to Goirigolzarri, who anticipates that by July the CaixaBank brand will already be in all the branches of the network.

The emblematic KIO towers of the capital's financial district were built between 1990 and 1996. The one on the right looking from the north was bought in 1997 by the then

, whose green bear logo crowned it for more than a decade before its replacement by the

At his feet, in the

that the old Caja Madrid donated to the people of Madrid.