Dealers: "Promotional prices" for airline tickets are "limited" and subject to availability

Dealers said that the special prices offered by airlines as part of their promotional offers are applicable to a limited number of seats, and are subject to availability on selected flights, in addition to their entry into force shortly after the announcement, pointing out that the offers lack their real value, in light of the many conditions and restrictions. 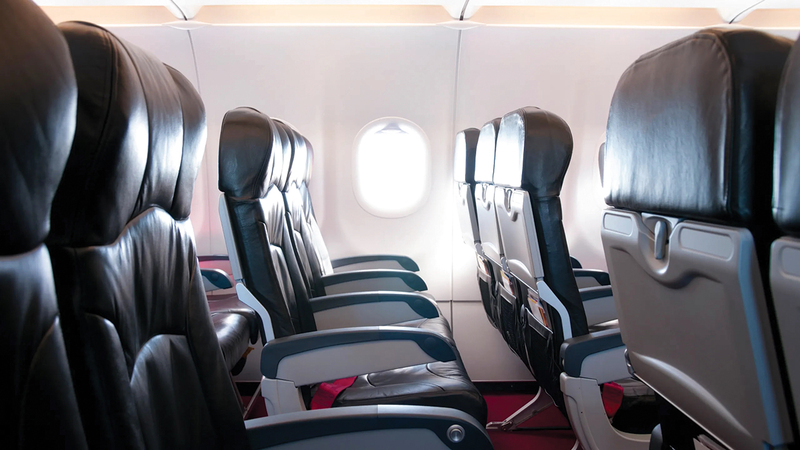 Dealers: "Promotional prices" for airline tickets are "limited" and subject to availability

Dealers said that the special prices offered by airlines as part of their promotional offers are applicable to a limited number of seats, and are subject to availability on selected flights, in addition to their effectiveness shortly after the announcement, pointing out that the offers lack their real value, in light of the many conditions and binding restrictions.

They assured «Emirates Today» that they did not find any of the announced prices upon contacting these companies, calling on the companies to be flexible in their promotional offers, in cases of canceling tickets or modifying travel dates.

In turn, two officials in two travel agencies provided advice to dealers to take advantage of the promotional offers for airline tickets, pointing out that the promotional prices apply to a small percentage of seats on a single flight, ranging between 5 and 10% of the total number of seats, according to the airline.

They stressed the need to adopt flexible dates within the timeframe specified for the offer, and to expedite reservation once the offer is announced.

In detail, the dealer, Sami Al-Akkad, said that he visited the website of an air carrier as soon as the promotion was announced to the Lebanese capital Beirut, but he did not find any of the prices mentioned in the offer that it announced, and he was surprised that the tickets had run out.

He explained that he had contacted the airline's call center to make the reservation, but the reservation official confirmed that the special prices had run out, pointing out that during the recent period airlines offered many promotional offers, but he could not benefit from them because the prices were high compared to what was mentioned in the offer.

In turn, the customer, Samar Al-Abdullah, said that she did not find any of the prices that appeared in a promotional advertisement for an airline, indicating that she had booked tickets for her family members through the company’s website, and the price levels were lower compared to those offered by the sales representative by phone.

Al-Abdullah called on airlines to show more flexibility in relation to promotional offers in cases of canceling tickets or modifying travel dates.

The customer, Raneem Mohamed, said that she had booked two economy class tickets at a value of 3300 dirhams, taking advantage of an airline promotional offer, but she was later surprised by the availability of much lower prices compared to the cost she paid for the same flight, despite the expiration of the promotional offer.

She stated that the promotional prices, despite their cost, have restrictions related to adjusting travel dates in the event of an emergency, and the fees that the customer may pay for this procedure, noting that it is difficult in some cases to benefit from promotional offers under these conditions.

In turn, the dealer, Tariq Al-Awadi, said that he contacted an airline after it announced an offer to a tourist destination in Southeast Asia, but the ticket price was about 700 dirhams higher compared to the announced promotional offer that was not available on any of the available flights during the period Display.

He stressed that the offers offered by the company lose their real value for the dealers, at least, due to their limitations and the large number of terms and conditions that the airlines are obligated to deal with.

In addition, the Director General of "Al-Faisal Travel and Tourism Agency", Yassin Diab, said that the promotional offers offered by airlines are subject to many terms and conditions that should be verified in the framework of making full use of them, indicating that some companies include the conditions in the advertisement. Other companies attach it to the ticket, and it can be viewed during the purchase process.

Diab added that the offers usually include a specific mechanism represented in the "start from" feature. Therefore, the announced promotional prices include a small percentage of seats on a single flight, ranging between 5 and 10% of the total number of seats according to the airline company, meaning that the announced price Includes between eight and 17 seats out of a total of 170 seats on the flight.

He continued: “With the sale of these seats in full, prices gradually start to rise,” noting that in order to benefit from these offers, it is necessary to adopt flexible dates within the specified time frame, and to speed up reservation once the promotional offer is announced.

Diab pointed out the importance that the date of reservation and payment be made within the time period set by the airline, as well as that the round-trip flights are within the same framework, pointing out that some dealers enter return dates that do not comply with the conditions of the airline company, and therefore, the ticket does not In this case, you are subject to the promotional offer.

For his part, the general manager of the "Belhasa Tourism Company", Narrows Sarkis, said that some airlines offer offers at very low prices, but they may apply to two or three seats only, within a purely promotional framework and attract attention, and in this case when the customer searches for These prices, he does not find them and then feels discouraged.

Sarkis added that the well-known airlines have specific policies regarding promotional offers, and from time to time they resort to offering them within terms and conditions, and in the event that the airline sees that demand to some destinations within its network will decline, it resorts to offering seats at reduced prices to encourage travel and raise demand levels. This is the main purpose of the presentations.

Sarkis stressed the importance of speeding up the reservation, given that the seats within the announced prices are limited, but even when they are enforced, the next prices remain at low levels as well, and they can be reserved and used.

He pointed out that there are big differences in airline tickets in terms of advantages, flexibility and fees, all of which are reflected in the total cost, and the customer must accurately identify these differences.

He explained that the promotional prices are valid for booking and travel in a specific period, and are also available for purchase through channels specified by the airline, stressing the importance of adopting flexible dates for round-trip flights in the context of obtaining the best prices.

• Offers may lose their real value, in light of the large number of binding conditions and restrictions.