Renault boss Luca de Meo gives the Alpine brand another chance. It should be fully electric for customers and at the same time take over the Formula 1 team. The manager works strategically very differently than his ex-boss at Volkswagen, Herbert Diess. But can that work? 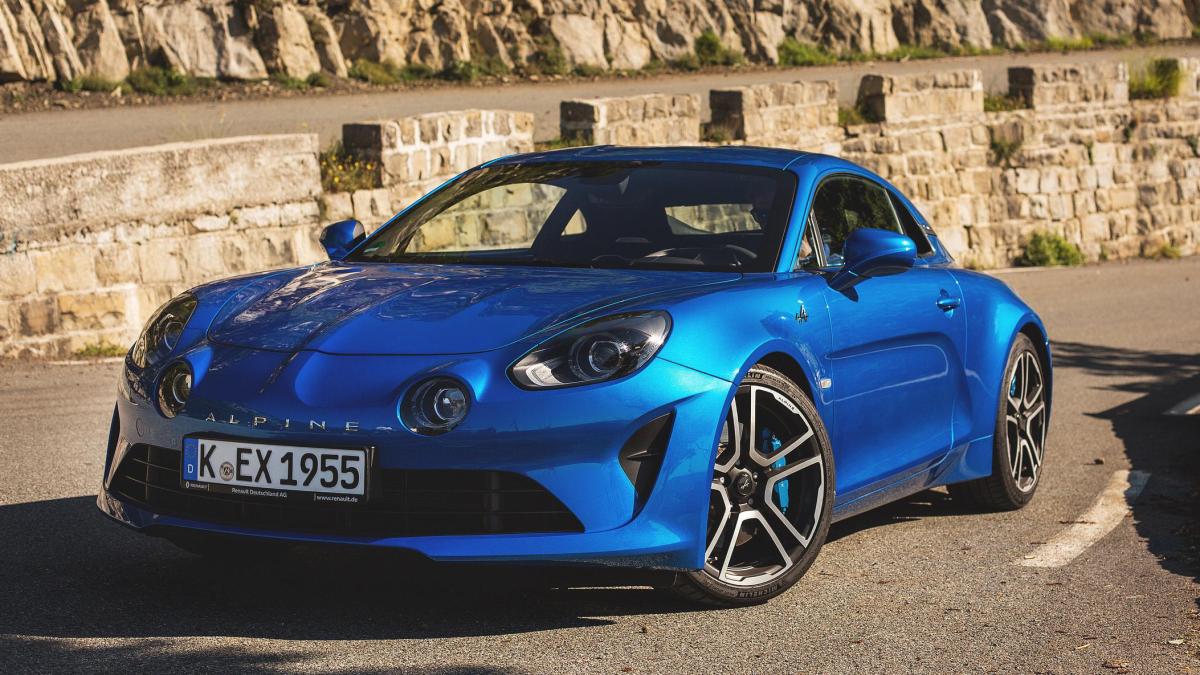 The Renault Group's major offensive in the sports car market begins with a contradiction.

Luca de Meo, the new CEO of the French auto giant, is creating a new line of fully electric vehicles under the Alpine brand and at the same time linking the subsidiary with activities in Formula 1.

Alpine should also stand for the high office of the internal combustion engine - and for turning away from it.

De Meo admits that this line is contradicting itself.

But he answered some strategic questions in his group differently than his former boss Herbert Diess, Chairman of the Board of Management of Volkswagen.

The tremendous upheaval in which the entire automotive industry is currently stuck is of course not leaving its mark on motorsport either.

Just three months ago, Volkswagen announced the end of its motorsport department in Hanover.

“Five decades, many cars, many victories”, Diess wrote to the developers and thanked the team “for decades of commitment”.

Now the motorsport enthusiasts can switch to posts in the group and work there on the development of the electric ID. Series.

There were also some voices at Renault that called for an end to motorsport, reports de Meo.

"Formula 1 seemed like an expensive, superfluous hobby for many people in the company," says the 53-year-old manager, who was head of Seat until last summer.

In view of the Group's difficult economic situation, it would have been obvious to save these costs.

"We will stay in Formula 1 forever."

But with a different name in the foreground.

Because the Renault brand has not benefited too much from the glamor of racing in the past, the CEO openly admits.

The French manufacturer would probably not be counted among the top ten sports car brands.

That should now change with Alpine.

De Meo wants to revive the traditional manufacturer from Normandy, founded in 1955, through an internal merger with the Formula 1 team and the Renault Sports development team.

He follows a recipe that he has already tried out with his previous employers Seat, Audi and Fiat.

There he initiated the sporty sub-brands Abarth, Audi RS and Cupra.

Now the same recipe should work at Renault.

“I've never had such good ingredients to cook the dish,” says de Meo.

By this he means the 400 engineers in the sports department (“all top people”), Alpine production in Dieppe (“this is a manufacture and not a factory”) and the marketing power from the Formula 1 appearance (“500 million people see that every week ”).

Alpine currently only has one model on offer, the A110 petrol engine.

Even if the car was launched on the market long before de Meos took office, it fits into the strategic recipe book of the native Italian.

He has already brought out previously successful models as reinterpreted variants in other companies.

The new Fiat 500 is considered to be one of his masterpieces.

At Renault, the R5 is now to be resurrected in an electric version, and a new R4 could also follow.

Mixture of Ferrari and Tesla

De Meo has clear ideas for the future Alpine models: “They should be a kind of mixture of a mini Ferrari and a mini Tesla.” The company has not yet announced any specific models.

The board's plan called “Renaulution” provides for three new fully electric vehicles in the combined segment of luxury and sports cars by 2025.

With these cars, de Meo also wants to shift the focus of the entire product portfolio of the group: away from the overweight in small cars towards higher-margin cars in the middle and upper class.

In the sports sector, Apline targets the “early adopters”, i.e. customers who want to switch to e-mobility at the current state of the art.

There are already models from competitors on the market for these customers.

From the VW portfolio, for example, the Porsche Taycan and the Audi RS e-Tron, both of which are based on the same technological kit.

With the attention from Formula 1, the Alpine brand should catch up and establish itself so quickly that it will be in the black in 2025 - the vehicles sold will help finance the racing circuit.

The question remains whether the ingredients really go together.

Motorsport has always been seen as a technology laboratory for the automotive industry, especially Formula 1. It remains that way, even in the transition to electromobility, says de Meo: “In Formula 1, we can show which technologies can fundamentally reduce environmental effects .

It's a good place to work on aerodynamics, new materials and eFuels. "

This is how Laurent Rossi, the head of the Alpine brand, sees it.

"Today we already have hybrid technology in Formula 1, which is the same principle as in normal cars for consumers."

In the past, the engines of the racing cars were further away from the end product for the customers.

“From Formula 1, innovations in aerodynamics and weight reduction will come onto the market,” says Rossi.

These factors are particularly important in electromobility in order to improve range and energy efficiency.

Ultimately, motorsport will probably be the first field in which climate-neutral fuels are used in internal combustion engines.

"That is also the only future for combustion engine racing." The sports car manufacturer is currently considering a return to Formula 1, the organizers have apparently approached Porsche themselves.

That would also be contradictory, because the brand, like Audi, has fully committed itself to the VW Group's line of converting its entire product range to electric cars.

At Porsche, however, with the exception of the 911, which is supposed to remain a combustion engine.

Its drive would at least fit in with Formula 1, where new rules for the engines will apply from 2025.

It is expected that the cars will then only be allowed to run on climate-neutral eFuels.

But that has not yet been decided.