China-Singapore Jingwei Client, March 23 (Xue Yufei) On March 16, the Shanghai Municipal Education Commission issued the "Shanghai High School Enrollment Reform Implementation Measures" (hereinafter referred to as the "Implementation Measures"), of which the most noteworthy There is nothing more than the "comprehensive evaluation and admission of quota allocation" system, which will account for 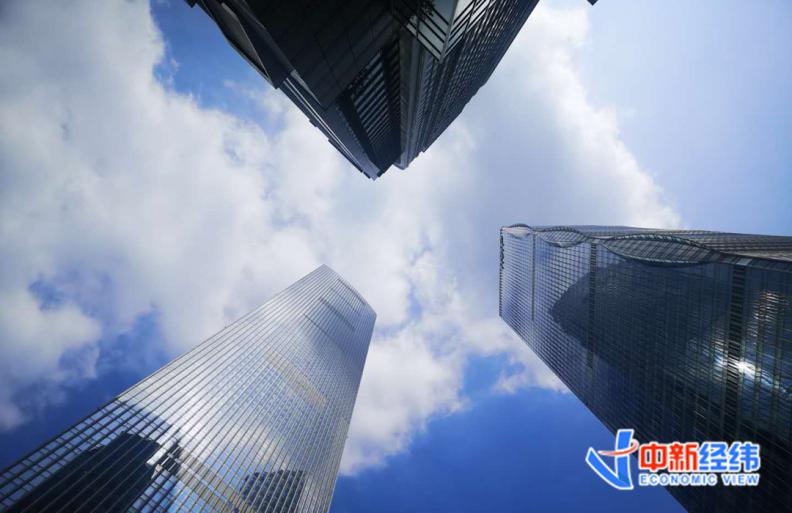 China-Singapore Jingwei Client, March 23 (Xue Yufei) On March 16, the Shanghai Municipal Education Commission issued the "Shanghai High School Enrollment Reform Implementation Measures" (hereinafter referred to as the "Implementation Measures"), of which the most noteworthy There is nothing more than the "comprehensive evaluation and admission of quota allocation" system, which will account for 50%-65% of the city's total enrollment plan for experimental demonstration high schools.

Compared with before the implementation of the New Deal, the quota allocation ratio has been further expanded.

As soon as the New Deal was introduced, housing prices in the Shanghai School District immediately became the focus of social attention.

On the 22nd, the Sino-Singapore Jingwei client learned from several real estate agents that a week after the introduction of the New Deal, the prices of school district housing were relatively stable, and there were not many cases of voluntarily lowering the quotation. Individual owners who were anxious to replace would have room for price negotiation.

The listing price is generally stable, and the owner of the house changes the price and sells it

Since the second half of 2020, the real estate market in Shanghai, especially in school districts, has been hotter.

According to data from the E-House Research Institute, the average transaction price of newly-built commercial residential buildings in the Shanghai Dasanlin section, which has a lot of housing speculation in the school district, is 99,359 yuan per square meter in 2020, an increase of 17.7% year-on-year, and the increase is significantly larger.

Will the introduction of the New Deal have an impact on school district housing?

Some of the communities in the Pudong Meiyuan area have high-quality schools such as Jianping West School and Fushan Foreign Language Primary School. They are one of the top school districts in Pudong District.

An agent of Lianjia, Guo Feng (a pseudonym), told the Sino-Singapore Jingwei client that during the week of the introduction of the New Deal, some listings dropped a bit, but not much, and the wait-and-see situation has not been broken for the time being.

“The house that was recently sold was listed for 8.2 million yuan, and finally sold for 7.6 million yuan. The owner is a replacement. It has already been set up, and it is anxious to spend so much money.” Guo Feng also said, “our piece. The price cut is not much, and it is still stalemate. Some landlords offer relatively high prices, and the two-bedroom can be linked to more than 9 million. However, if the customer pays quickly, we can still talk about it. For example, there is now a set of 8.58 million two-bedrooms, customer 2. The payment will be paid within a month, and I am sure to talk about 200,000."

The broker Lu Ming (pseudonym) of Pacific House in Meiyuan area also said that the current price adjustment space is not very large, and there is basically not much change. "This is a school district housing for decades, even if quota allocation is implemented in the future. The quality of its students is much better than other places."

The price of a house in Meiyuan Qijiefang was reduced by RMB 550,000.

However, they have two homes in their hands that are being sold at a reduced price.

One set dropped from 7.2 million yuan to 6.99 million yuan. Lu Ming said that the owner of the house sells one, buys one, and sells it sincerely. The listing price of a set of Meiyuan Seventh Street is 8.2 million yuan. The owner has recently shaken When I arrived at a new house, I was anxious to spend money, and the price was directly reduced to 7.65 million on March 20. If the customer can pay the down payment by the end of March, 7.25 million can be sold.

A broker of Centaline Real Estate believes that the advantages of the school district’s housing still exist. Some owners have a better mentality and are not in a hurry to sell, and the price will be higher; some owners who want to replace may just look at the house they like. There is a very high price-performance ratio, and in order to make the transaction faster, it will be reduced.

At the same time, no less than 20% of the plans allocated to each district must be allocated to junior high schools that do not select the source of students on a balanced and random basis.

According to the principles of the New Deal, students in the "Caizhong" among the Shanghai population and students in top junior high schools have the opportunity to enter high-quality high schools.

Yang Hongxu, deputy dean of E-House Research Institute, analyzed the Sino-Singapore Jingwei Client: “The New Deal will have an impact on the price of housing in first-class school districts, or it will have a certain impact. Since last year, Shanghai housing prices have risen, and some top school districts have appeared. The more obvious hype behavior, the price increase of individual houses can reach 50%-80%, which is out of the general trend of the Shanghai property market. Therefore, the New Deal has a relatively large impact on the top school districts, and the prices of individual sectors may decline."

Yang Hongxu also said that the policy will not have a big impact on most second-rate and third-rate school districts, and the next step may be to enter a consolidation situation.

There is basically no impact on non-school district housing, and it may be a small benefit. For example, some communities that are generally junior high school counterparts may benefit.

"Educational resource balancing reform is a gradual process. The New Deal is a small negative to the overall real estate market, and it cannot be said to have a big impact." He also judged that the New Deal affects junior high schools, and it has an impact on the housing prices of high-quality primary schools. In a conduction process, the impact is not so direct.

Zhang Bo, Dean of 58 Anju Guest House Industry Research Institute, told the Sino-Singapore Jingwei Client that the new policy is definitely not good for school district housing, but the current policy adjustments are not particularly large, and the price impact on school district housing will not be great in the short term. It is more of an impact on people's psychology.

"With future adjustments and advancement in the equalization of educational resources, the traditional school district housing concept may be broken. But from the current point of view, the impact is not that big."

Zhang Bo also agrees that the New Deal will have an impact on the housing of Shanghai's top school districts, and that the impact of the city's key categories is greater than the district key.