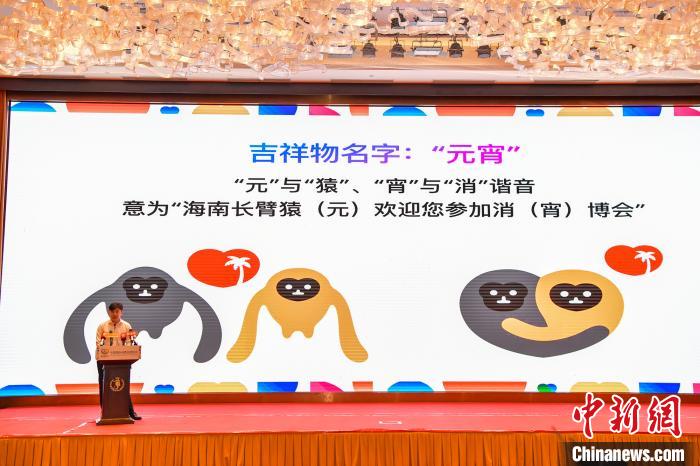 China News Service, Haikou, March 18 (Reporter Wang Ziqian) The reporter learned from the 50-day countdown to the first China International Consumer Goods Expo and the mascot press conference on the 18th that up to now, the first China International Consumer Goods Expo (referred to as "Consumer Expo") At the end of the exhibition recruitment, there were more than 600 exhibitors in the international exhibition area and more than 1,000 exhibiting brands.

The first Consumer Expo was included in this year's national key work and became one of the four key national exhibitions.

The exhibition has a domestic exhibition area of ​​20,000 square meters, and 31 provinces, autonomous regions, and municipalities, Xinjiang Production and Construction Corps, and two separate cities in Xiamen and Dalian are organizing exhibitions of local consumer products.

Up to now, more than 600 exhibitors have been confirmed, including Huawei, Gree, BYD, OPPO, VIVO, Tongrentang, Cloisonne, Haikang and a large number of domestic consumer products and Chinese time-honored brands.

According to Han Shengjian, the number of applications from buyers and high-end consumers across the country has surged recently.

During the exhibition, the Global Consumer Innovation, Tax Free and Tourism Retail Conference will also be held, and well-known experts, scholars, leading companies and brand leaders will be invited to give speeches or lectures to discuss how to use the Hainan Free Trade Port and the Consumer Expo platform to innovate for global consumption , The development of tax exemption and tourism retail industry will promote the return of overseas consumption and the upgrading of domestic consumption to create new opportunities.

A series of new product debut activities will also be held during the exhibition.

Brands such as Swatch of Switzerland, L'Oreal of France, and Shiseido of Japan will release hundreds of new products during the Expo, covering more than 20 categories such as clothing and bags, beauty products, food, wine, and jewelry.

In order to expand the spillover effect of the exhibition and give full play to the policy advantages of Hainan Free Trade Port and the unique advantages of facing the world and relying on the Chinese market, Hainan is planning to build a global consumer boutique center project to provide a perennial display and trading platform for domestic and foreign consumer boutiques to meet global participation To realize the “buy the world and sell the world” in the Hainan Free Trade Port, to create a “Consumer Fair” that will never end.

At the press conference, it was also announced that the mascot of the Consumer Fair "Yuanxiao" is composed of a male and a female two Hainan gibbons.