6.6 billion dirhams liquidity trading in the markets within a week

Two financial analysts said that the performance of the markets during the past week was mixed, as the ups and downs of the main and sectoral stock indices alternated, with an improvement in trading volumes, compared to the previous week. 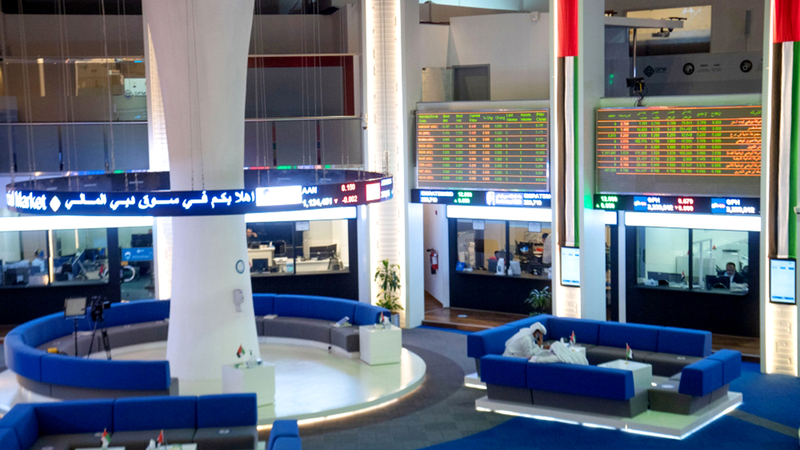 6.6 billion dirhams liquidity trading in the markets within a week

Two financial analysts said that the market performance during the past week was mixed, with alternating ups and downs in the main and sectoral stock indices, with an improvement in trading volumes, compared to the previous week.

They confirmed to Emirates Today that this discrepancy is due to the confusion of investors regarding making investment decisions. However, there was a clear interest in the telecommunications sector among the circles of traders in the market.

And the market trading liquidity recorded about 6.6 billion dirhams during the week.

And gained the market value of the shares of traded companies about 14 billion dirhams during five sessions.

For his part, financial analyst Jamal Ajaj said, "The fluctuation between high and low was the dominant feature of the week’s sessions, which created a kind of confusion for investors in the decision-making process. Nevertheless, we found a clear interest by investors in (Etisalat) stock."

He added that «the shares that announced dividends to shareholders, such as (Abu Dhabi First) and (Emirates NBD), were able to recover the amounts that were distributed through noticeable increases throughout the week.

Ajaj pointed out that foreign investment also had a share of the week’s trading, in addition to the increase in trading volumes on the Abu Dhabi Stock Exchange, during the last session of the week, to about one billion and 300 million dirhams, as a result of transferring shares in some large global portfolios, expecting that The performance of next week is better than the previous weeks, supported by the return of part of the dividend funds back to the market.

In turn, Director of Development at Al Ansari Financial Services Company, Abdul Qader Shaath, said, “Technically, it can be said that the Dubai Financial Market has witnessed better performance during the past week, compared to the previous week, as it breached the level of 2,600 points, with the support of the banking sector, which recorded highs. Good, in addition to a slight improvement in the performance of the real estate sector, ”adding that“ the Abu Dhabi Securities Market Index also maintained its gains, and concluded the week’s transactions at 5736 points, with a clear stability in trading volumes throughout the week’s sessions, thanks to institutional investment and avoiding speculation. , Which leads to high and undesirable fluctuations ».

Shaath indicated that "the two markets witnessed increases in some stocks, which distributed profits for the past year, in addition to better performance of bank shares, especially in the Abu Dhabi market," pointing out that the real estate sector is stable in the two markets during the week, although some stocks are below their nominal value. Such as «Ishraq» and «Manazel», noting that the telecommunications sector formed a great support for the Abu Dhabi market, after «Etisalat» announced the results of its General Assembly and strong distributions.

And he expected that next week will witness more dividends entitlements for the listed companies, and although all the internal economic factors are good, as well as the performance of global markets, the local markets have not performed at the same level, so there are still opportunities to rise and rise in price.

During yesterday's single session, the indices witnessed a remarkable variation, coinciding with the difference in the performance of the major stocks in the Dubai Financial Market and Abu Dhabi Securities Exchange, where the Dubai Market closed up 0.1% at 2604 points, and with a total value of 266 million dirhams.

Of the 35 companies whose shares were traded yesterday, shares of 13 companies rose, while the shares of 13 others retreated, and nine remained steady.

The Abu Dhabi Stock Exchange closed down by 0.2% at 5736 points, with trades amounting to a total of 1.32 billion dirhams.