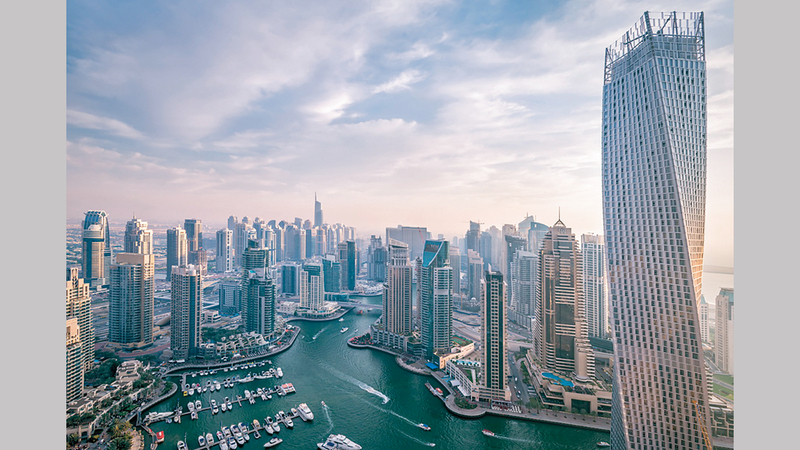 With investments that reached 14 billion dirhams at the end of last February ... and 55 thousand new lease contracts

The resilience of the real estate sector in Dubai and its adaptation to the current conditions boosted the confidence of local and international investors.

This came in the “Real Estate Science” bulletin issued by the Dubai Land Department, which showed the resilience of the Dubai real estate sector since the beginning of 2021, and its adaptation to the current circumstances related to the outbreak of the "Covid-19" pandemic, which strengthened the confidence of local and international investors. The real estate environment in the emirate, and contributed to the continuity of the flow of real estate investments since the beginning of the year, reaching 14 billion dirhams by the end of last February.

The bulletin revealed many other vital indicators of the real estate market in the emirate, explaining that the number of lease contracts registered since the beginning of 2021 until the end of February reached 96 thousand and 396 contracts, 57% of which are new contracts (55 thousand contracts), while the remaining 43% are renewed contracts. While the number of new projects registered in the same period was seven.

The value of those mortgages also recorded a new record of 20.9 billion dirhams, which is the largest value since October 2016, while the same month also recorded the highest number of real estate transactions since March 2017, with a number of 6,638 real estate transactions, amounting to 29.4 billion dirhams. , The largest value since January 2018.

New investors make up 62% of the total registered real estate investors from the beginning of 2021 until the end of February.