600 thousand seats on flights at the country's airports this week

OAG International, which provides airport and airline data, revealed that airlines operating in the UAE airports will operate in total more than 600,000 seats on flights during the week that began on March 8, compared to about 605,000 seats. P 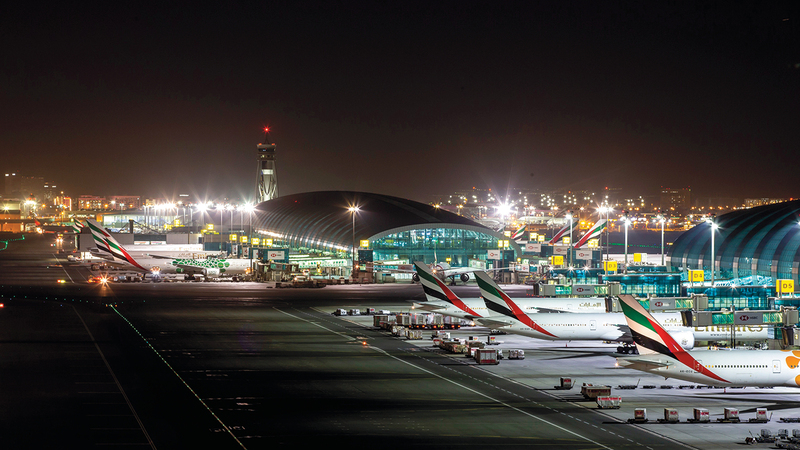 "OAG": "Delhi" and "Cairo" lines are the two busiest air routes in "Dubai International" this March.

600 thousand seats on flights at the country's airports this week

Dubai International Airport ranks first in the list of airports with the largest international capacity.

OAG International, which provides airport and airline data, revealed that airlines operating in the UAE airports will operate in total more than 600,000 seats on flights during the week that began on March 8, compared to about 605,000 seats. In the week prior to it, it decreased slightly by 0.8%.

The corporation’s data, of which Emirates Today obtained a copy, showed that the UAE market continued to record continuous growth rates over the past weeks, with national carriers resuming their operations to more destinations around the world.

According to the data, airlines in the Middle East region will occupy about 2.1 million seats this week, a decline of about 1.5%, compared to the previous week, indicating that the UAE market accounts for about 28% of the total capacity occupied by airlines. In the region as a whole.

The Corporation indicated that airlines in the UAE occupied a total of 2.49 million seats last December, 2.57 million seats during January of this year, and 2.35 million seats in February 2021.

Globally, the OAG Foundation stated that optimism in the recovery continues with increasing weekly capacity again on a weekly basis, with about 58 million seats scheduled over the next seven days.

She explained that despite the decrease in the scheduled capacity for next April by about 10 million seats, and the airlines adjusting their schedules to reflect the latest changes in travel and demand restrictions, it is expected that next May will witness the addition of two million additional seats to the market.

According to the corporation, China is still the largest market for aviation, but the gap is narrowing every week, with the return of more seat capacity on domestic flights to the United States, noting that without increasing capacity on international flights, it will be difficult for the United States to regain the lead.

She added that seat capacity is recovering slowly but surely, week after week, at least in the main regional markets, while the main question remains regarding passenger confidence, with entry approaching the second quarter of 2021.