New York's economy is suffering from the pandemic, but suddenly the real estate industry is booming. In Manhattan, of all places, significantly more apartments have now been bought after a “dead year”. This is partly due to amazing discounts. 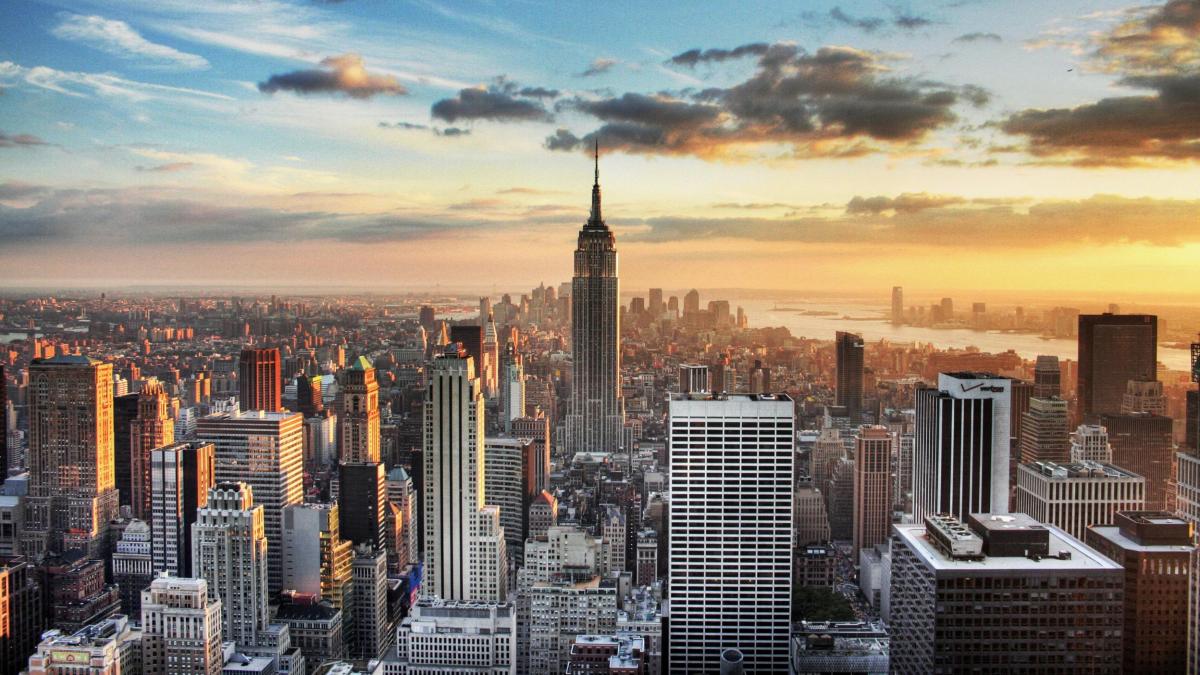 The deal is too tempting for that.

140 square feet in the heart of New York, just a few minutes' walk from Central Park.

And all of this is available for $ 2.9 million, with a discount of almost ten percent.

The couple buy without visiting the apartment on site - a WhatsApp video, streamed live over a distance of 4500 kilometers, is enough for them.

New York's economy is suffering from the pandemic and unemployment is high.

But largely unnoticed by the public, one industry has started to boom: the real estate industry.

"Things are going as well as seldom before," says broker Sebastian Steinau to WELT, "a golden age has dawned."

Low interest rates are contributing to the rally

Steinau, 42 years old, from the Sauerland, leads dozens of people through New York apartments on their cell phones every month - most recently the couple from California.

He works for Corcoran, one of the largest real estate companies in the city.

In February of this year, data from Corcoran show, 41 percent more sales contracts were signed than in February 2020, just before America went into lockdown.

One reason for this: New York, the place of longing for the super-rich, has become more affordable.

In Manhattan, for example, the median price for apartments is currently $ 1.35 million, down 6.2 percent from the previous year.

Low interest rates are also contributing to the rally - and the prospect of a return to normal soon.

The US is making good progress with vaccination, with eight percent of the population receiving the second dose.

For comparison: in Germany it is less than three percent.

There is a discount of up to 20 percent

The ten percent that the Californian couple negotiated is still little.

Often salespeople agree to 15 or 20 percent.

And international customers are now taking advantage of this, despite travel restrictions.

Every now and then, Steinau leads Germans who come to the country with special permits from the US authorities through penthouses and brownstones.

He expects the rush to grow soon.

"As soon as America really opens up," says Steinau, "there is no stopping it."

Just a few months ago, the real estate market here was idle.

Covid-19 cost more lives in the United States than in any other country in the world.

And New York has long been the center of the epidemic.

The dead were initially piled up in tents here because the morgues ran out of space.

The virus called urban life into question, and skyscrapers were suddenly seen as high-risk areas.

300,000 people moved away last year, data from the US Post Office shows.

That is why house prices fell in the city.

But now the fear of the skyscraper seems to have vanished.

“Our metropolises will experience a comeback,” says Scott Galloway, one of the best-known American economists, to WELT.

“First and foremost New York.” Galloway doesn't believe that Corona has made urban life unattractive in the long run.

"All young, well-educated people in the world have one thing in common," he says: "They want to work in metropolitan areas." Land to stay in Iowa.

Sebastian Steinau and the other brokers have had tough years, not just because of Corona.

Once upon a time, global high society bought in their city as if on a frenzy.

For magnates and megastars, it was a matter of good form to have something in New York.

Some were looking for a new home, others a second home, an object of speculation or a trophy made in stone.

In the summer of 2016, a four-story apartment with 17 bathrooms and six balconies hit the market for $ 258 million - but prices fell shortly afterwards.

Corona gave the market the rest

Developments that took place thousands of kilometers away were to blame: in Brazil, Russia, India, China and South Africa.

The Brics countries suffered from slower economic growth, some even from a recession.

Their oil barons and gas moguls could no longer easily afford a penthouse with a view over the Hudson River.

Then, in early 2020, Corona came to New York and gave the market the rest.

Not only have purchase prices fallen since then, but rents as well.

In fact, they fell faster in 2020 than ever before in the city's history.

The biggest decline was in Manhattan, as data from the real estate portal StreetEasy show: minus 15.5 percent.

The median price in the quarter is now $ 2750 - a value that was last reached in March 2010, when America was just emerging from the financial crisis.

Currently, twice as many apartments are vacant in New York than a year ago.

The managers of the skyscrapers are fighting for residents.

In Manhattan, some lure with the promise to waive the first three months' rent for new customers.

Flyers were recently distributed in a building in Queens: Anyone who persuaded someone to sign a contract would receive a $ 1,000 reward.

But there is also a dark side to the drop in prices.

The discounts rarely go to those people who really need them.

Many Hispanic immigrants and blacks are still paying as much as they were in early 2020. Because they are less mobile.

Most of them don't have the money to move to suburbs or other parts of the city.

That is why rents in the Bronx, for example, did not fall by 15.5 percent last year as in Manhattan - but only by 0.9 percent.