International Women's Day: The proportion of women in management positions is falling slightly

Defense Minister Kramp-Karrenbauer can look forward to more women in the Bundeswehr. A study published on International Women's Day shows that fewer women have managerial responsibilities in German companies than a few months ago. 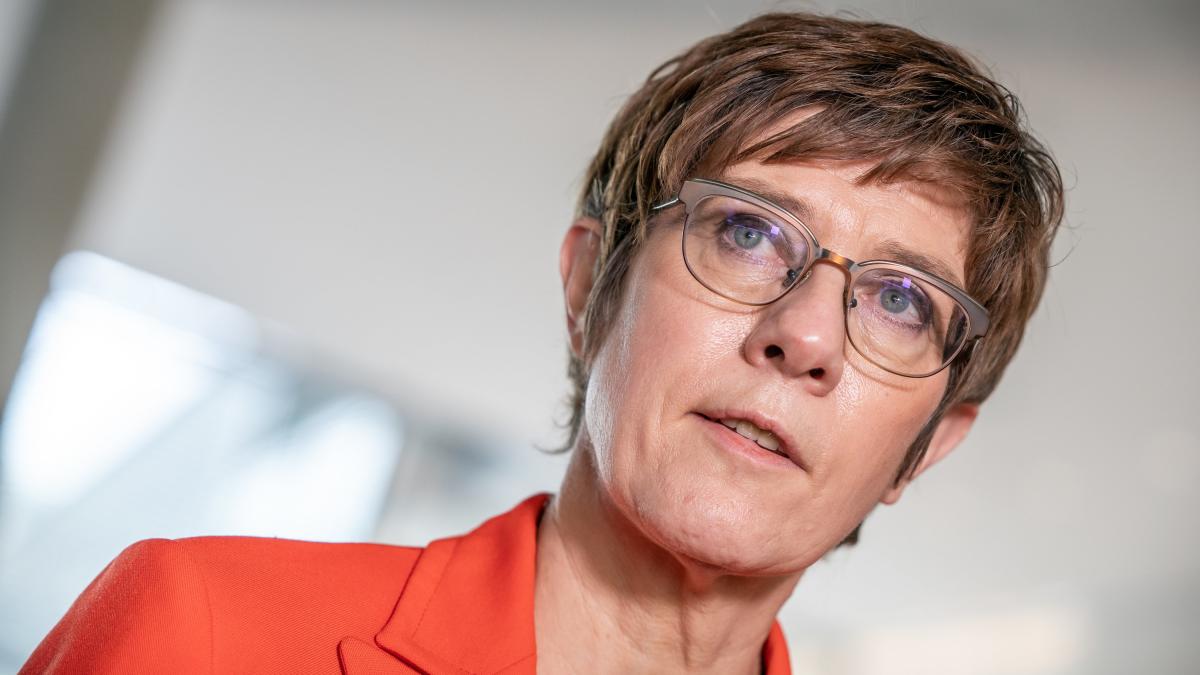 Defense Minister Annegret Kramp-Karrenbauer is convinced that the Bundeswehr has become stronger due to the increasing proportion of women.

"I thank our women for their tireless efforts - on land, in the air or at sea, at home and abroad, visible or in the background," said the CDU politician on International Women's Day this Monday.

Together with female civilians, the proportion of women is around 20 percent, according to the Defense Ministry.

Targeted personnel recruitment and development should further increase this significantly.

A deliberate reduction of career hurdles, more opportunities to reconcile family and work, and the promotion of female executives are mentioned.

Kramp-Karrenbauer emphasized that equal treatment of men and women, also in financial terms, was an important concern.

"It goes without saying that we pay our women the same for their demanding service," said the minister.

The European Court of Justice (ECJ) in Luxembourg ruled in January 2000 that German legislation that completely excludes women from working with weapons violates the EU directive on professional equality between men and women.

As a result, in 2001 all careers were fully opened to women.

Before, women were only allowed to do the medical service and the military music service.

Study: The proportion of women in management positions is falling slightly

The proportion of women in management positions in German companies has recently decreased somewhat.

The rate is currently 24.6 percent, as can be seen from a database analysis published by the Crifbürgel credit agency on Monday.

For the analysis on the occasion of International Women's Day on March 8, Crifbürgel evaluated 2.5 million management positions in 1.2 million companies (as of March 5).

According to Crifbürgel, the eastern German federal states are still ahead in terms of the proportion of women: Brandenburg takes first place nationwide with a quota of women in management positions of 31.4 percent, followed by Saxony (29.4 percent) and Mecklenburg-Western Pomerania (29.2 percent) Percent).

According to the figures from Crifbürgel, the proportion of female bosses is lower, the more employees the company has.

The proportion of women in management levels exceeds the 20 percent mark (26.4 percent) only in small companies with up to 10 employees.

For companies with more than 1000 employees, the rate is only 15.1 percent.