In the industrial wage round, IG Metall is causing a stir with extraordinary strikes. But as harmless as the campaigns seem - they can still be really expensive for employers. Especially when a condition is met. 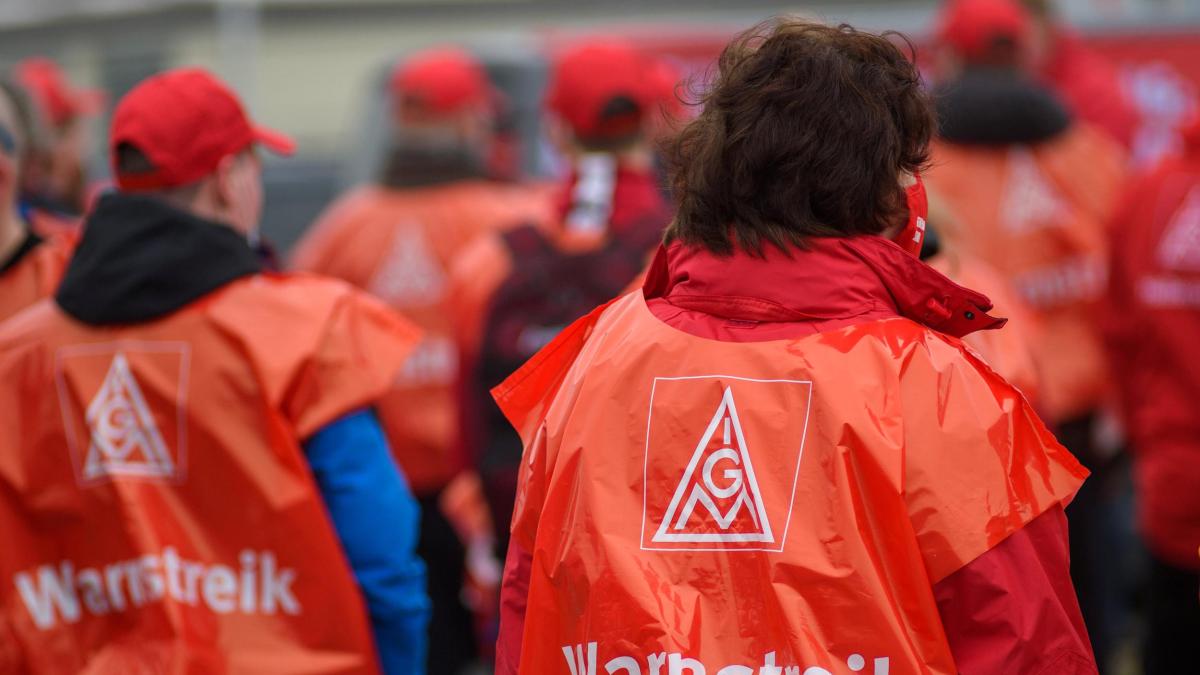 Strikes are also possible in the home office.

For example, employees in the metal and electrical industry were called on last week to switch off their computers for a short time and to notify them with an out-of-office message: “I'm on a warning strike!” In Baden-Württemberg, it will be a bit more peculiar on Friday.

From 10 a.m. onwards, an entertainment program will accompany the work stoppage at home via live stream.

For example, gymnastics and a cooking show with the district manager of IG Metall, Roman Zitzelsberger, are planned.

It is an unusual spectacle that the union has been staging for a week in Germany's largest industry with more than 3.8 million employees.

She wants to enforce a volume of four percent over a period of twelve months, optionally for higher wages or reduced working hours with partial wage compensation.

In view of the corona pandemic, however, she cannot put pressure on with mass gatherings as usual.

In addition to car parades or other on-site events, she is using digital means by far.

And after the first few days it is clear: the participation is still high - and IG Metall is ready to go on for a long time.

So far it has only been about short failures

Even if an agreement is possible before Easter: For Baden-Württemberg, Zitzelsberger recently announced that it is entirely in a position to "extend this for another six, seven, eight weeks".

On the employer side, they fear high burdens should the negotiation actually drag on.

So the employees stopped their work for whole days instead of just a few hours.

The production of the affected companies has partially failed completely.

According to Lesch's calculations, the loss of sales totaled up to 900 million euros.

It is currently not that far, after all, so far, there have only been short failures.

As a warning signal, however, Lesch sees the fact that as many people have taken part as back then.

According to the union, the number has now been close to 230,000 since the peace obligation ended on March 1 at midnight.

With regard to the burden on employers, this information is only partially meaningful, says Lesch, because not all participants actually stop their work.

But only these are decisive.

The IW researcher has therefore downgraded the number as in estimates from previous strikes - and comes to almost 134,000 people who have resigned from their work.

That corresponds to around 33,000 people per day.

According to his estimates, the average over the past ten years was only 20,000 per day.

The decisive factor is now the time factor.

“If the strike continues only by the hour, most companies can bear the costs,” says Lesch.

"But if the scenario with weeks of work stoppage including daily strikes occurs, this would result in enormous slumps that would be very expensive."

Although he also says that the revenue shortfalls in the past were temporary;

2018 was still pretty smooth for the industry, so the failure was made up for.

In addition, however, there would be effects beyond the direct costs: "Warning strikes put an enormous strain on the climate in companies and make a negotiated solution even more difficult."

At the employers' association Gesamtmetall you find the behavior of the union “more questionable than ever”.

According to the association, almost half of the companies are currently reporting medium to very severe production restrictions.

The metal and electronics industry was already in recession before Corona.

According to a survey, almost 40 percent of companies assume that they will have reached the level before the recession - i.e. the end of 2018 - by the end of the year.

Another 40 percent do not see this until 2023 or cannot yet see a time.

The hopes for a quick economic recovery are "obviously premature", according to the association, the message: There is nothing to distribute this year.

Wolf assumes: "IG Metall carries out the warning strikes mainly to recruit members." The current status of collective bargaining has nothing to do with it.

In fact, IG Metall is under pressure because it lost a good two percent of its members last year and the current situation makes it more difficult to attract new supporters in the factories.

Long warning strikes are therefore not inevitable in their interests.

After all, employees' expectations of the conclusion increase with each passing day.

It is therefore a difficult trade-off: between a possible disappointment after a long strike and an increase in attractiveness through a public spectacle that has a positive effect on the collective bargaining agreement.

As far as the economic situation is concerned, IG Metall, for its part, has data to justify its more positive assessment.

In Baden-Württemberg, for example, she surveyed works councils in February under the heading of “economy and employment”.

"Compared to the first lockdown in spring, the assessment of the summer has brightened up to this day from the works council's point of view," explains the union.

Better to have fewer hours than fewer employees

Less than a third (31 percent) rate the situation as bad or very bad.

At the same time, after a year of the corona pandemic, there is now a significant increase in the number of works councils that complained about unfair treatment of employees by employers.

What remains problematic, however, is that around 16 percent rate the long-term survival of the company as critical or very critical.

"Here IG Metall is striving for solution concepts that combine job security with the further development of business models."

How job security works best, however, is a major point of contention.

One of the union’s central proposals is that companies in crisis should be able to introduce a four-day week with partial wage compensation.

One of their favorite ideas is again considered unacceptable by trade unionists: the so-called automatic differentiation.

Accordingly, companies could deviate from collective bargaining standards if a certain indicator is reached in a crisis without IG Metall having to agree.

The next few days and weeks will show how well the rapprochement works.

Negotiations take place on a regional level, at the end of which they usually agree on a pilot deal.

In North Rhine-Westphalia, for example, they want to continue negotiations on March 15, and in Baden-Württemberg on Tuesday.

The fact that the union in the southwest has already announced the big digital warning strike including a cooking show with Chef Zitzelsberger caused outrage among employers.

You attest a lack of willingness to agree.

However, Zitzelsberger rejected the accusation.

Cooking on Friday can be canceled again if an agreement is reached beforehand.

The ingredients would only be bought after the negotiation.