How long can China's foreign trade have a good start?

(Economic Observation) How long can China's foreign trade have a good start?   China News Service, Beijing, March 7 (Reporter Li Xiaoyu) According to the latest official data released on the 7th, China's foreign trade performance in the first two months was quite dazzling: the total value of imports and exports increased by 32.2% year-on-year, of which exports increased by 50.1%; in February The 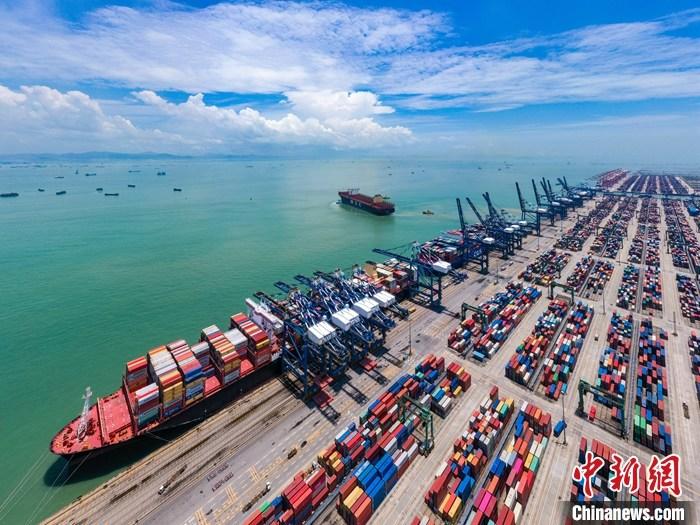 (Economic Observation) How long can China's foreign trade have a good start?

China News Service, Beijing, March 7 (Reporter Li Xiaoyu) According to the latest official data released on the 7th, China's foreign trade performance in the first two months was quite dazzling: the total value of imports and exports increased by 32.2% year-on-year, of which exports increased by 50.1%; in February The export growth rate is as high as 139.5%.

An important reason for the "good start" of foreign trade was the low base in the same period last year.

Affected by the epidemic, the total value of China's imports and exports in the first two months of last year has shrunk by nearly 10% year-on-year.

Thanks to the fiscal stimulus plan, consumption in major economies such as Europe and the United States has recovered since the beginning of this year, and the boom in the manufacturing industry has also rebounded significantly, and demand for Chinese products has increased.

According to market research agency Markit data, the initial value of the Purchasing Managers Index (PMI) of the US, Eurozone, and Japan manufacturing industries in February were all above the 50th line.

Xie Yaxuan, a macro analyst at China Merchants Securities, believes that manufacturing PMIs in Europe, the United States and Japan remain prosperous, and PMIs in emerging economies have also recovered significantly, which has provided strong support for China's exports.

In addition, a large number of workers in China this year "enjoy the New Year on the spot" due to the need for epidemic prevention and control, and have also "advanced" part of their export performance in advance.

According to a survey conducted by the General Administration of Customs, many enterprises in major foreign trade provinces such as Guangdong and Zhejiang maintained production during the Spring Festival, and orders that were only delivered after the Chinese New Year are now being delivered normally.

Analysts believe that the high growth momentum of China's foreign trade is expected to continue in the future.

In terms of exports, Wang Tao, head of economic research at UBS Asia, said that with the successive launch of multiple vaccines and large-scale vaccination, the number of confirmed cases of new coronary pneumonia in the world will decrease significantly starting from the second quarter of this year, and the global economy is expected to rebound significantly, which will further support China's exports.

Zhong Zhengsheng, chief economist of Ping An Securities, also said that the demand for Chinese exports in 2021 will remain tough.

Taking into account the large-scale fiscal stimulus of the United States and the upward real estate investment, it is expected that the strong pull of U.S. demand to China's exports is expected to continue for one to two quarters.

At the same time, as the new crown vaccination continues to advance, the pull of European demand to China's exports is expected to gradually increase in the next 2-3 quarters.

Other developing countries and emerging economies may not be able to fully recover their production capacity for overseas orders until the third quarter.

In terms of imports, the accelerated recovery of China's economy will help expand the domestic market and promote a rebound in imports.

Last year, China became the only major economy in the world that achieved positive growth.

Many economists believe that China's economy may continue to outperform other countries this year, and the growth rate is expected to exceed 8%.

As the domestic economy continues to improve, imports are expected to expand steadily.

In addition, judging from the latest government work report, China's policy support for foreign trade this year has not diminished.

Although there is almost no suspense about China’s foreign trade growth this year, the specific trend may be significantly different from last year’s “low before and high”.

Lian Ping, chairman of the China Chief Economist Forum, believes that in the second half of the year, the epidemic situation in various countries may be significantly alleviated due to the promotion of vaccines, and the demand for epidemic prevention products will gradually decrease; the production capacity of emerging economies will also gradually recover, and the impact of the appreciation of the renminbi on exports will gradually It appears that the growth rate of China's exports may slow down.

In Zhong Zhengsheng's view, affected by the base factor, China's monthly export growth rate will rise to a high level before May this year, and then it will fall back.