The Emirates Insurance Association stated that a greater percentage of dealers are satisfied with a civil liability insurance policy “against others” for their vehicles, compared to pre-Coronavirus levels, despite the low prices of “documents” since the outbreak of the pandemic, indicating that this behavior is not rationalization for Egypt. 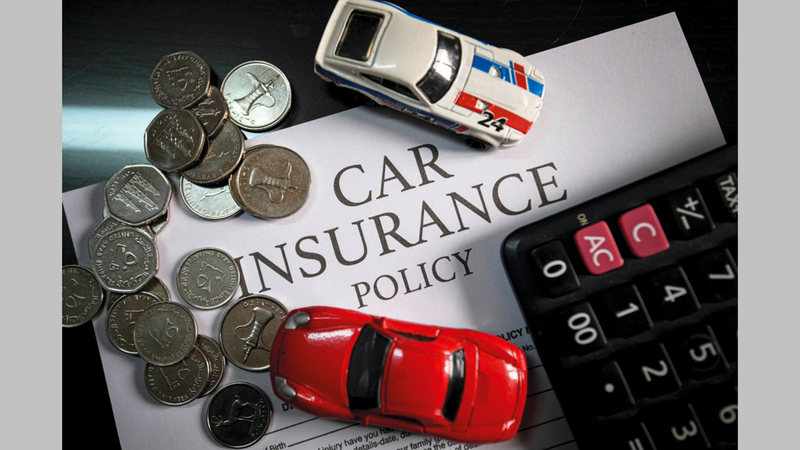 The Emirates Insurance Association reported that a greater percentage of dealers are satisfied with a civil liability insurance policy “against others” for their vehicles, compared to pre-Corona pandemic levels, despite the drop in the prices of “documents” since the outbreak of the pandemic, indicating that this behavior is not a rationalization of expenditures. The more they take on greater risks, it may exceed their financial capabilities.

And she indicated to "Emirates Today", that the differences between "comprehensive insurance" and "against others" have shrunk significantly over the past year in light of the continuing decline in vehicle insurance prices. Therefore, the customer may pay a little additional amount in order to obtain "comprehensive insurance", which It may spare it incurring large sums, noting that the average prices of auto insurance policies declined by rates ranging between 15 and 30% in 2020, compared to their levels in 2019.

In detail, the head of the Auto Insurance Technical Committee at the Emirates Insurance Association, Issam Maslamani, said that the Corona pandemic highlighted some changes in the behavior of many dealers regarding vehicle insurance, indicating that a larger proportion of dealers are satisfied with the civil liability insurance policy. Against others »for their vehicles, compared to pre-pandemic levels.

Maslamani added that these changes have emerged despite the noticeable decrease in car insurance rates since the start of the pandemic, explaining that the decrease in the number of driving hours for drivers in light of the pandemic (the rate of use or the number of kilometers traveled) prompted some of them to rethink their priorities. Financial expenses and liabilities. Whoever insists on buying comprehensive insurance is looking more for lower prices or even being satisfied with a civil liability document or what is known as "against others".

Maslamani added that the most dangerous of all is in that segment that is not fully aware of the risks of the absence of a civil liability insurance (which is compulsory insurance within the requirements for licensing or renewing a vehicle's license to walk on the road), as the decision of the dealers of this segment was to be satisfied with only careful driving with Lack of use of the vehicle itself.

And he indicated that this kind of behavior is not cost-saving, but rather it is a great tolerance of risks that exceed their financial capabilities and lead to great confusion.

He pointed out that the state of reluctance towards "comprehensive insurance" or absolute insurance, for some drivers, and being satisfied with the civil liability insurance policy for their vehicles, may have risks on more than one level.

Maslamani added: “It is not enough for the dealer to be a careful driver in order to avoid certain consequences such as auto ignition of the vehicle, theft of the vehicle, damages by unknown persons, damages as a result of uncovered dangers such as natural factors, in addition to damage caused by others who do not have insurance, in addition to damages. From an accident that he caused and was responsible for the insured driver himself, as the civil liability insurance bears the consequences and damages that occur to others, and the insured remains the owner of an insurance policy (against others) alone to bear all the expenses related to the repair of his vehicle, which could have been avoided and charged to the insurance company if it had been insured. Including any against (loss and damage to his vehicle and civil liability) ».

Maslamani pointed out that the differences between "comprehensive insurance" and "against others" have shrunk in large proportions over the past year in light of the continued decline in vehicle insurance rates, and therefore the customer may pay a little additional amount that does not exceed hundreds of dirhams in order to obtain the "comprehensive" insurance. Which could spare him incurring thousands of dirhams as well as wasting time and effort looking for help in that difficult moment when the accident occurred.

Maslamani mentioned that it has also been observed in the recent period that there is a delay in renewing insurance policies, as dealers give themselves an opportunity or some time to start renewing insurance, as they may think that they are wise and in fact they may be disastrous options with potentially dire consequences, indicating Some may think that the possibility of an accident may diminish in light of the decline in the average vehicle use, but that belief carries great risks and material losses in the event of an event, so everything is possible.

Maslamani estimated the decline in the average prices of auto insurance policies at rates ranging between 15 and 30% during the past year, compared to its levels during 2019, indicating that the rate of decline in civil liability documents "against others" ranged between 20 and 50% on average, compared to a rate that ranged between Between 15 and 30% for "comprehensive insurance" documents.

The Chairman of the Technical Committee for Car Insurance at the Emirates Insurance Association, Issam Maslamani, stressed the need to spread insurance awareness by companies to demonstrate the importance of each insurance product in the choices of each dealer and to illuminate the potential consequences, which helps dealers make appropriate decisions.

He said that the Insurance Authority issued decisions, during the recent period, that allowed insurance companies to grant large discounts to vital categories and sectors, in addition to dealers with records without accidents, which shows the keenness of these dealers to drive safely.

• “The reluctance of dealers to (comprehensive insurance) is not a rationalization of expenditures, as much as it is taking on greater risks that may exceed their financial capabilities.”

• The decrease in the number of driving hours for drivers in light of the pandemic has prompted some to rethink the scale of priorities for expenses and financial obligations.

• "Corona" is the most prominent changes in the behavior of many customers regarding insurance.