Forbes Middle East recently released its annual list of the most powerful CEOs in the Middle East 2021. The list sheds light on CEOs with visionaries who are strategically driving growth and development, whether in the workplace or in their sectors in general. 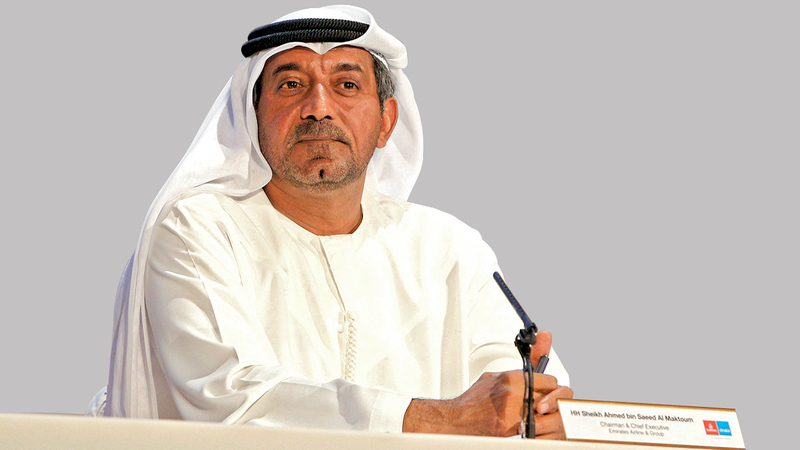 3 CEOs from the UAE are among the top 10

Forbes Middle East recently released its annual list of the most powerful CEOs in the Middle East 2021. The list highlights the visionary CEOs who are strategically driving growth and development, whether in the workplace or in their sectors in general.

Forbes Middle East stated that it worked on evaluating the size of CEOs' companies, based on several criteria, in addition to personal achievements during 2020, and their impact on their companies and the sector.

The CEOs on the list come from 24 nationalities, representing 21 sectors, while Saudi Arabia topped the list with 18 CEOs, followed by the UAE and Egypt with 16 CEOs each, making the three countries thus making up half of the list.

Three chief executives from the Emirates were among the top 10 on the list: His Highness Sheikh Ahmed bin Saeed Al Maktoum, Chairman of the Dubai Civil Aviation Authority, Supreme President and CEO of Emirates Airlines and the Group, and CEO of Abu Dhabi National Oil Company (ADNOC), Sultan Ahmed. Al Jaber, and CEO of Dubai Airports Corporation, Paul Griffiths.

"Forbes Middle East" referred to the CEO of "First Abu Dhabi Bank Group", Hana Al Rostamani, who entered the list and ranked 19, noting that she previously held the position of executive vice president of the group and head of the personal banking group.

The oil and gas sector in the region acquired the first positions within the sector, led by the President and Chief Executive Officer of Saudi Aramco, Amin Al-Nasser, followed by the CEO of Abu Dhabi National Oil Company (ADNOC), Sultan Ahmed Al-Jaber, and the CEO and Vice-Chairman of the Board of Directors of the Petroleum Corporation The Kuwaiti, Hashem Hashem, as well as the Chairman and CEO of "Sonatrach", Tawfiq Hakar.

As for the banking and financial services sector, it topped the list with 29 CEOs, constituting nearly a third of the rating.