Chips are in short supply, will 5G mobile phones increase in price?

Chinanews client, Beijing, March 6 (Reporter Wu Tao) 5G mobile phones usher in a wave of chip shortages. A person in charge of a mobile phone brand said, "It's not a shortage, but an extreme shortage." Another mobile phone company told a reporter from Chinanews.com that "the industry is generally short of chips and is evaluating the impact." Chip shortage spreads to multiple industries   Recen 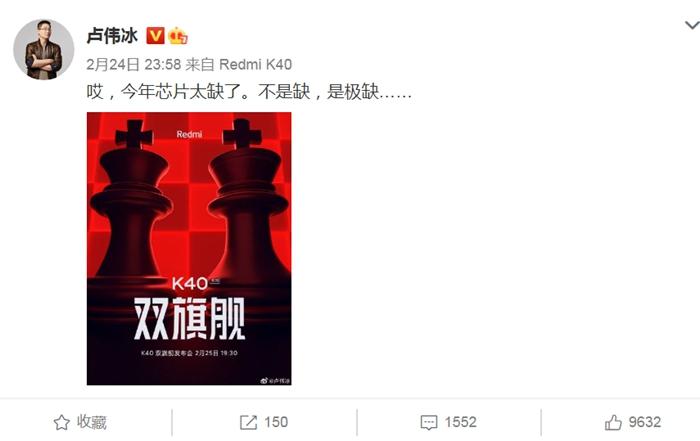 A person in charge of a mobile phone brand said, "It's not a shortage, but an extreme shortage." Another mobile phone company told a reporter from Chinanews.com that "the industry is generally short of chips and is evaluating the impact."

Recently, Lu Weibing, the president of Xiaomi China, said on Weibo that “the chip is too short this year, not a shortage, it is extremely lacking.” However, some manufacturers said that there is no shortage of chips.

However, the OPPO relevant person in charge told a reporter from Chinanews.com that “industry shortages are common.”

In fact, many companies in the industry report that there is a shortage of chips, from cars to mobile phones, even routers, cameras and other chips.

Weilai Chairman Li Bin said on the 2020 earnings conference call that chips will have a very large impact on the supply chain, and it does have some impact on Weilai’s second quarter of 2021, but at present, it is basically able to meet the normal plan. Everyday changes are great, "Although it can meet our needs, the risks are high."

For the high-quality development of the chip industry, one is to increase tax reductions for enterprises, and for integrated circuit companies to reduce and exempt corporate income tax during the self-profit year; the other is to further strengthen the foundation.

Will the price of 5G mobile phones increase as a result?

Some netizens worry about the price increase of mobile phones.

Some netizens said that after the release of many new mobile phones in previous years, there were also shortages in a few weeks.

"Don't trust these mobile phone manufacturers. Some mobile phones will not increase their prices because they are not selling well, and they will hide their chips out of stock."

Another analysis pointed out that the chip shortage phenomenon may even affect the shipment of mobile phones in the next two years and will decline.

OPPO told a reporter from Chinanews.com, "We are also evaluating this issue internally, but if the upstream has an impact, production will be adjusted accordingly."

Why is the chip scarce and how long will it last?

Xiang Ligang analyzed that it was affected by many aspects, including the epidemic, heavy snowfall in the United States, etc., "and the company's expectations of the market, in order to prevent risks, increased stocking." It is reported that Qualcomm's full range of material delivery time has been extended to 30 weeks. the above.

In addition, with the rise of the consumer electronics industry, the demand for chips is increasing.

According to data from the American Semiconductor Industry Association (SIA), global chip sales in 2020 will be US$439 billion, an increase of 6.5% year-on-year.

According to a research report released by Founder Securities, from 2021 to the third quarter, the semiconductor industry is in the stage of "volume parity rise" and is severely out of stock. The main reason is that the epidemic has driven the online economy and the explosive innovation of new energy vehicles has caused upstream demand to skyrocket. But the effective supply has declined.

After understanding this information, do you think the price of mobile phones will increase? Will you buy them in the near future?