"Sell miserable marketing + sell fake products": the reputation of the live broadcast industry cannot withstand the squandering of "Brother Quan" Beijing News Comic/Zhao Bin   Discuss Fengsheng   They "routine" fans, the French Open should "trap" them.   "Jewelry is made of plastic, and stories are made up! Internet celebrities reap millions of fans by selling miserable videos and false pro 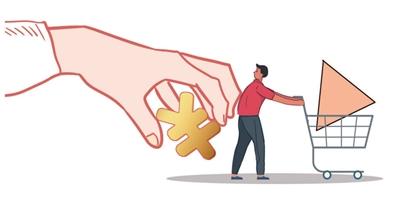 They "routine" fans, the French Open should "trap" them.

"Jewelry is made of plastic, and stories are made up! Internet celebrities reap millions of fans by selling miserable videos and false propaganda." This news has attracted attention recently.

Many viewers shed tears and placed generous orders, but when they arrived, they discovered that these jewels turned out to be plastic and they were out of order.

According to the investigation, the tragedy of "Quan Ge" was completely performed by people, and nothing was true.

After the fake drama was exposed, although "Ge Quan" deleted the bitter drama, he changed his vest and transferred to the next platform.

And waiting for those consumers, it is difficult to refund the goods.

Selling miserable marketing is also a classic routine in the Internet world. It has been repeatedly used by various "big V"s to obtain donations, rewards, and monetize.

Nowadays, this routine has been transplanted into short video and live broadcast delivery scenes, and in a variety of ways.

For example, there are those who talk about being in a miserable situation, going through major changes, working diligently, and constantly striving for self-improvement; others who talk about fighting terminal illnesses, enduring all kinds of illnesses, savoring the warmth and warmth of the world, and smiling life...

In this "eighteen routines", "Ge Quan" chose the mode of "telling other people's tragic stories and letting fans give generously".

Some people may wonder, this step may be a bit fierce between helping children and selling jewelry, but Brother Quan can come back.

Brother Quan said that this was "forcibly auctioning the jewelry from the jewellery factory of the ungrateful father in order to support the children."

These jewels are sold at low prices, and Dadou pearls are only sold for a few hundred yuan.

The tragic rollover incident has caused public opinion many times.

Previously, we media fabricated the plot of "the girl was admitted to Tsinghua and thanked her father", and the e-commerce company pretended to be a "slow-sales man" for sad marketing, and they all incurred widespread criticism.

But some miserable marketers should not only bear moral condemnation, they have also violated the bottom line of the law and are punished by the law.

In August 2015, after the Tianjin Binhai Port explosion accident, a 19-year-old girl named Yang Cailan lied about her father's death in the explosion and received a reward of more than 90,000 yuan from netizens. She was sentenced to three years in prison and fined for fraud. .

In September last year, a divorced female anchor in Linyi, Shandong Province, used a live broadcast to “sell miserables” for online fraud in the name of love and was sentenced to three years in prison and fined 100,000 yuan.

Selling miserable marketing is sometimes only a fine line between fraudulent crimes, and once it is overstepped, its own law "takes action" to punish it.

From the perspective of "Ge Quan" alone, he peddles plastic jewellery to fans. If it is found to be true, he is suspected of deceiving consumers.

The harm caused by false play and miserable marketing is not only a deception to buyers, but also a harm to the overall live broadcast ecology.

The anchors and fans interact and bring goods through live broadcasts, playing emotional cards and integrity cards. Although there is an extra layer of "emotional" association between anchors and fans, the underlying rules are still equal transactions in the commodity market.

If this kind of transaction breaks through the basic integrity bottom line, it will damage the basic rules of the live broadcast ecology.

Live delivery of goods has now become an important form of online consumption, but this kind of deception will affect consumer recognition and trust and hinder the sound operation and development of the live delivery industry.

In today's live broadcast ecosystem, there are still a lot of routines like "Quan Ge" and other "habitual offenders" who make money by making fake plays and selling fake products.

For this kind of behavior, the platform naturally has a supervisory responsibility.

Regarding their behavior of "changing one shot for another place", various platforms also need to cooperate with relevant departments to establish a joint defense mechanism to effectively combat them.

For the live broadcast industry, whether it is selling miserable marketing or painful marketing, it is a tumor in the overall ecology, which requires the supervision of the public, media, platforms, and regulatory authorities to detect and remove early.

After all, the credibility of the live broadcast industry cannot withstand the squandering of the "Brother Quan", and the rule of law does not allow it to be changed and deceived.