Oil prices rose yesterday, by more than 1%, to continue the gains made in the previous session, after OPEC and its allies agreed not to increase supplies in April, as they await a greater recovery in demand in light of the Corona virus pandemic. », May delivery, Mazi 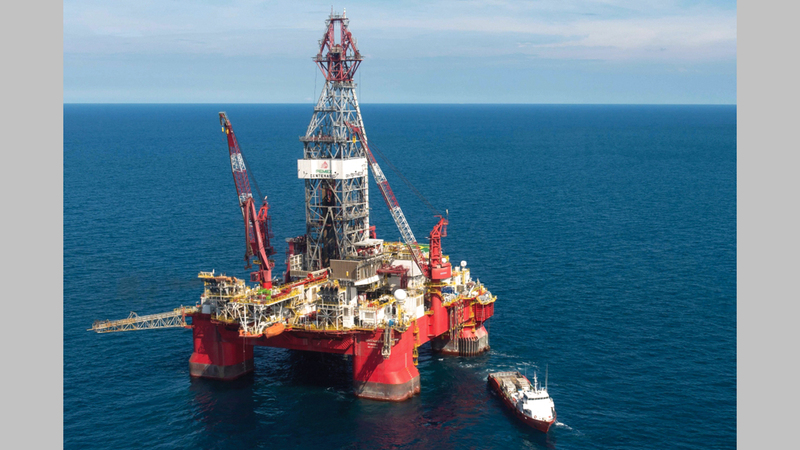 Crude prices have risen 33% since the beginning of 2021

Oil prices rose yesterday, by more than 1%, to continue the gains made in the previous session, after OPEC and its allies agreed not to increase supplies in April, as they await a greater recovery of demand in light of the Corona virus pandemic.

Brent crude futures, for May delivery, increased more than a dollar to 67.77 dollars a barrel, and is on the path of achieving gains of about 2% per week, in addition to the fact that crude prices have risen 33% since the beginning of the year.

And the US West Texas Intermediate crude futures rose more than a dollar to 64.87 dollars.

The two benchmarks rose more than 4% yesterday, after the Organization of the Petroleum Exporting Countries (OPEC) and allies of the group known as "OPEC Plus" extended oil production cuts to April, and granted limited exemptions to Russia and Kazakhstan.

"It just shows the surprise in the discipline of (OPEC Plus)," said Michael McCarthy, chief market strategist at CMC Markets.

Investors were surprised that Saudi Arabia decided to maintain its voluntary reduction of one million barrels per day during April, even after oil prices rose over the past two months.

Crude prices have increased since the beginning of November, but the present demand for oil from refiners and other consumers has not yet matched that, as shipments to major markets such as China are traded in general at low prices in light of the slowdown in sales.

Analysts are reviewing their price forecasts, to include continued restriction of supplies by OPEC Plus and shale oil producers in the United States who are curbing spending in order to boost investor returns.

In addition, India, the third largest importer and consumer of oil in the world, said yesterday that the decision of major crude producers to continue production cuts at a time when prices are rising may threaten the consumption-led recovery in some countries.

"The decision of (OPEC Plus) to continue production cuts will harm consumers in the countries that buy crude," said Indian Oil Minister Dharmendra Pradhan.

Pradhan added, "As one of the largest crude consuming countries, India is concerned that such moves on the part of the producing countries have the potential to undermine the consumption-led recovery and harm consumers even more, especially in our highly price-sensitive market."

Pradhan said, "We really hoped that OPEC and (OPEC Plus) would reduce production cuts to some extent, taking into account the fragile recovery of the global economy, especially in developing countries."

India, the third largest economy in Asia, imports about 84% of its oil needs, and relies on supplies from the Middle East to meet about three-fifths of the demand.

In response to India's repeated requests to increase production, Saudi Energy Minister Prince Abdulaziz bin Salman said the day before yesterday, that "India should start using the oil it bought at a low price during the price collapse last year."

He added, "We will continue to work with each other ... We share with them (India) their view that avoiding fluctuation (in prices) will help both producers and consumers."

Goldman Sachs Commodities Research raised its forecast for Brent crude for the second and third quarters, by five dollars a barrel, after OPEC and its allies kept their agreement to cut supplies unchanged.

He said that "the discipline of shale oil producers" was likely behind the group's slower increase in production.

Shale oil producers in the United States have reacted quickly to oil price gains in recent years, to win market share at a time when Saudi Arabia and other major producers cut back production, but have been reluctant to boost production since demand declined due to the pandemic last year.

"The (OPEC) supply strategy is successful due to its unpredictability and surprise," the bank said.

We believe that it is now clear that OPEC Plus is in fact pursuing a tight oil market strategy, while our updated supply and demand balance indicates that the (stocks) of the Organization for Economic Cooperation and Development (OECD) countries are falling to their lowest levels since 2014 by the end of this year ».

The bank reduced its forecast for OPEC Plus production by 900,000 barrels per day over the next six months, and said that supplies from shale oil, Iran and outside OPEC will likely remain highly inflexible towards prices until the second half of 2021, allowing OPEC Plus. Rapidly rebalancing the oil market.