House buyers are getting younger and younger, her economy is strong, and the wave of women buying homes is coming

The "back wave" has reached younger and younger home buyers, "her economy" is strong, and the wave of women buying homes is coming Text / Picture Yangcheng Evening News reporter Sun Qiman   "We have a wealth of wealth, but only three meals a day. There are 10,000 rooms in the Guangsha and only seven feet to sleep at night." As the biggest investment product of many consumers in their lives, h 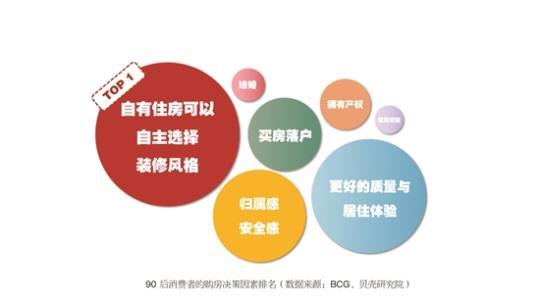 The "back wave" has reached younger and younger home buyers, "her economy" is strong, and the wave of women buying homes is coming

"We have a wealth of wealth, but only three meals a day. There are 10,000 rooms in the Guangsha and only seven feet to sleep at night." As the biggest investment product of many consumers in their lives, houses are often a topic of discussion after dinner.

A reporter from the Yangcheng Evening News combed through industry-related data reports and found that the housing market consumption has begun to show many new trends, such as a younger housing buyer group, an increase in female home buyers, and a diversified consumer demand that promotes the digitalization of housing companies.

Nearly three adults in key cities are under 30 years old

"I don't have a cent in my hand, but I have a house." Just half a year after graduation, "post-90s" Sun Sen bought a first-hand commercial house in Huangpu District, Guangzhou with the support of his parents. "My parents gave me the down payment. This is pressure, but also a motivation."

Among the first home buyers, there are more and more young buyers like Mr. Sun, which shows that young people are accelerating their "running" admission.

Zheng Xian, deputy dean of the School of Economics of Jinan University, told the Yangcheng Evening News that it will be a general trend that "post-95s" and "post-90s" will gradually replace "post-80s" as the main home buyers. "The majority of young people’s housing needs are rigid demands. The average age of urban home buyers continues to decline, reflecting from the side that the real estate market is returning to rationality."

According to the transaction data of Shell House Searching Platform, in recent years, the proportion of young home buyers in real estate transactions has increased significantly. In 2020, among the 30 key cities nationwide, the 30 to 39-year-olds will still be the main home buyers. However, the proportion of customers under the age of 30 reached 26.35%, an increase of 12.09 percentage points from 2017.

"Although the post-80s generation is still the main force for home buyers, the trend that the post-waves gradually become the main force for homebuyers is still obvious." said Yan Jinqiang, an analyst at Shell Research Institute. The current trend of younger home buyers is obvious, with post-90s as the representative. The proportion of newly emerging groups buying houses has increased significantly.

Affected by housing costs and purchase restrictions, the number of buyers in the new first-tier cities is becoming younger, and the proportion of buyers under the age of 30 who purchase houses is 16.27 percentage points higher than that in the first-tier cities.

Once you have a house, you have a place to live and live, and you have a sense of security; you don’t have to spend on renting a house and turn consumption into investment; you have a house to prove that you are independent... There are many reasons for buying a house after the 90s. So what is the most important reason that drives young people to become home buyers?

The "Digital Win-Win: 2021 Residential Real Estate Digital White Paper" issued by the Boston Consulting Group (BCG) and Shell Research Institute shows that the choice of decoration style has become the most important decision-making factor for the post-90s generation, followed by a sense of belonging and security.

It is worth noting that the influence of marriage on the purchase decision is not ranked first.

The proportion of female buyers in Shenzhen surpasses that of men

The "March 8th" Women's Day is approaching, and women's consumption "her economy" has become a hot spot in all walks of life. Titles and slogans such as "Queen's Day" and "Goddess' Day" can also be seen everywhere in the streets.

A reporter from the Yangcheng Evening News noted that with the advent of "her time", more and more women have joined the ranks of home buyers, setting off a wave of female home buyers, and making the property market "her economy" in full swing.

Lin Hong, a "post-95", told the Yangcheng Evening News reporter that she is not married, but has already bought a house in Guangzhou in 2020.

"If you look for a job in a foreign country, as a girl, you will feel more secure when you buy a house." In her opinion, having a pre-marriage real estate will make you "more confident" when facing marriage in the future.

The "Digital Win-Win: 2021 Residential Real Estate Digitalization White Paper" shows that in 2020, the overall proportion of women buying houses in 30 key cities across the country will be 47.54%, which is 1.94 percentage points higher than in 2017. Among them, the proportion of women buying houses in new first- and second-tier cities is slightly higher.

This trend is particularly prominent in Shenzhen, where the proportion of men and women buying houses in Shenzhen is a scissors gap announcing the rise of the "her economy" in the property market.

In addition to the increase in numbers, the "women's army" in the property market is also showing a trend of younger age.

According to data from the Shell Research Institute, the proportion of female buyers under the age of 24 and 25 to 29 in 2020 has increased by 6.58 percentage points and 6.22 percentage points respectively from 2017, which is significantly higher than other age groups.

From January to September 2020, the average age of women buying houses is 33.98 years old, and that of men is 34.49 years old. It can be seen that female home buyers are younger.

Post-90s female home buyers account for a higher percentage of transactions than men. Among the 26-30 year-old home buyers, women account for 28.9%, which is greater than that of men (25.5%).

In 2020, the sudden new crown pneumonia epidemic has affected all walks of life and quietly changed the consumer demand of home buyers.

From the perspective of the supply side, the epidemic has also spawned the real estate industry's continuous digitalization of different business scenarios and links such as leasing, house purchase, house exchange, and property management.

With the younger generation of home buyers, the channels through which home buyers obtain information have also changed.

Different from the previous on-the-spot watching, intermediary recommendations, and a "room tour" on social media such as Douyin and Xiaohongshu is also becoming a new trend among young people.

According to the results of the "Home Buyers' Transaction Journey in 2020" initiated by the Boston Consulting Group and Shell Research Institute, 60% of users obtain housing information through online channels such as WeChat, social media, and vertical platforms.

Among them, the three most vulnerable digital channels for home buyers are emerging social media such as the WeChat ecosystem, vertical real estate platforms, short videos and live broadcasts.

Shell search data shows that in 2020, more than half of its users come from online, and each customer has an average of 80 online consultations before closing, an increase of over 15% over 2017.

"Driven by the digitization of business elements, it is a general trend for real estate companies to implement consumer-centric digitization." Miss Li, a senior practitioner of a large-scale real estate industry in South China, told the Yangcheng Evening News reporter.

Crane data shows that the top 50 leading real estate companies in terms of contract sales in 2020 have significantly increased their investment in digitalization.

In terms of capital investment, about 60% of leading real estate companies invest more than 100 million yuan in digital transformation each year, including the establishment of digital innovation centers, digital supply chain systems, and online marketing channels.

In terms of organizational investment, about 90% of leading real estate companies set the information management department as a first-level department, and most of them are in charge of the vice president level.

More than half of the leading real estate companies have cultivated digital teams with more than 50 people, and have increased their procurement of digital transformation consulting services.