A pot of real knowledge is served with wine, and two stories are served. When the descendants of the two carpenters come together, what different stories will they drink? On March 3rd, the new follow-up dialogue program for entrepreneurs met with the audience. Yu Minhong, chairman of the New Oriental Education and Technology Group, met with the chairman of BYD Wang Chuanfu, and two tycoons who c 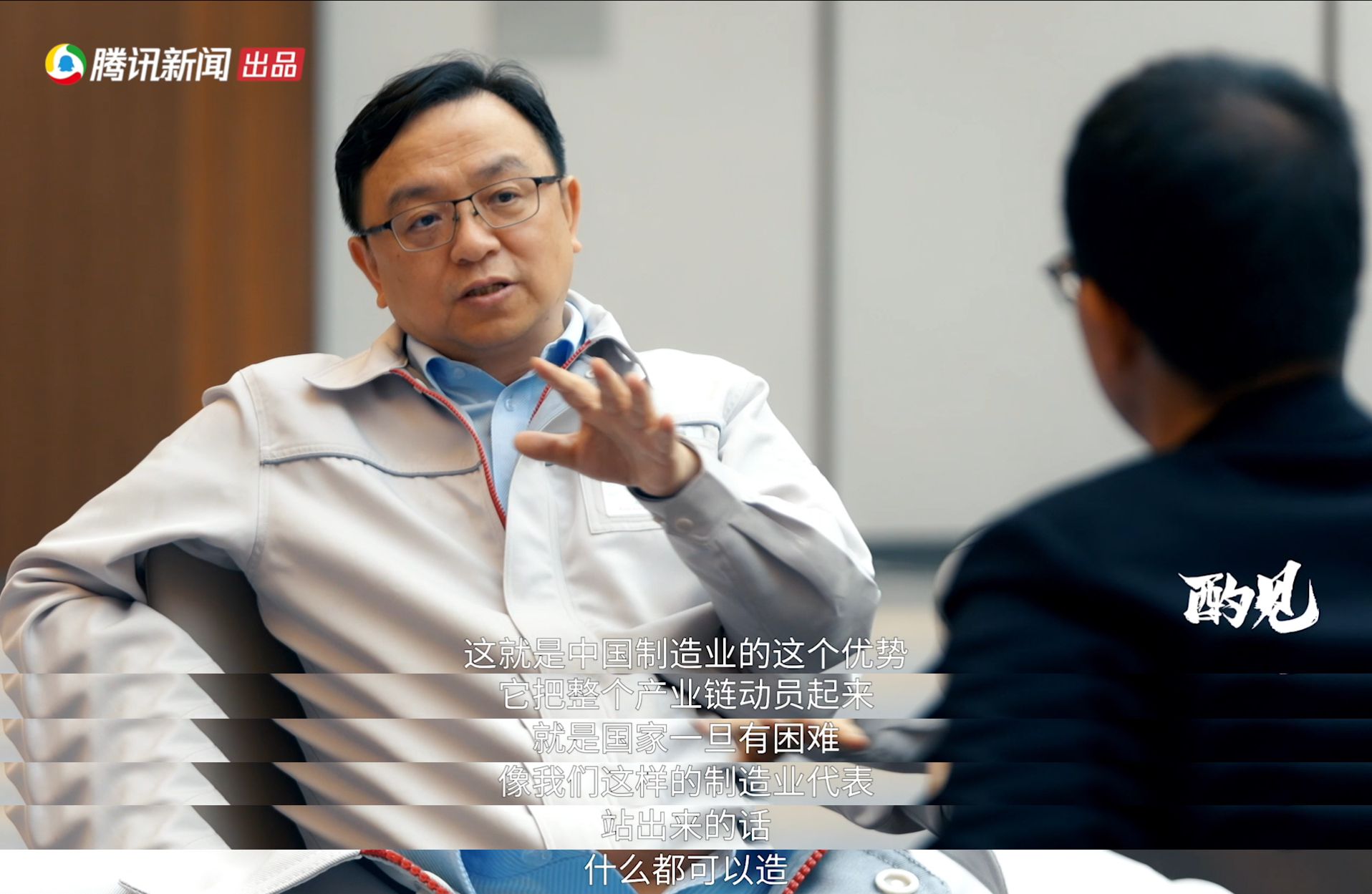 A pot of real knowledge is served with wine, and two stories are served. When the descendants of the two carpenters come together, what different stories will they drink?

On March 3rd, the new follow-up dialogue program for entrepreneurs met with the audience. Yu Minhong, chairman of the New Oriental Education and Technology Group, met with the chairman of BYD Wang Chuanfu, and two tycoons who claimed to be "half fellows" told their stories. Wine, three cups and two cups, Wang Chuanfu uttered the truth after drinking.

"Anything can be made"

I believe everyone who has watched this issue of "See You" has the same feeling that BYD can make anything.

What puzzled Yu Minhong, which may include many viewers, is how Wang Chuanfu seized every opportunity and made a forward-looking strategic layout.

After watching the full episode, I finally got the answer.

The development of BYD is just like what Wang Chuanfu said. The strategy cannot be bet on. Every step is verified by a large amount of data analysis and scientific verification, and it is based on social needs and problem-solving. The underlying logic is the social responsibility of entrepreneurs.

"If you do not master the core technology, you will always be in a passive position"

Looking back at the development experience of Wang Chuanfu and BYD, in fact, Wang Chuanfu was already the deputy director of Room 301 (in charge of work) at the Beijing Nonferrous Metals Research Institute at the age of 27. He became the youngest director in the country at the time, but his dream was to be a man. Entrepreneurs industrialize the technologies they research.

In 1993, an opportunity for Wang Chuanfu to realize his dream fell from the sky-Beijing Nonferrous Metals Research Institute established Big Battery Co., Ltd. in Shenzhen, and he was appointed as the general manager.

After arriving in Shenzhen, Wang Chuanfu discovered that with the popularization of mobile phones, the battery industry had once become a "noble industry", but there has not yet been an enterprise with independent intellectual property rights for secondary rechargeable batteries in China. Foreign used batteries are very popular in China. cake.

At that time, many domestic manufacturers were making rechargeable batteries, but they basically purchased batteries for assembly.

Wang Chuanfu believes that for enterprises, if they do not master the core technology, they will always be in a passive position and even be eliminated.

He made a bold decision, resigned as the general manager of Big Battery, threw away the "iron rice bowl", and went to work alone.

BYD not only filled the technical gap of domestic secondary rechargeable batteries, but also surpassed global battery giants Sanyo and Sony to become the first Chinese lithium-ion battery supplier for Motorola and Nokia. At its peak, there was one mobile phone for every three mobile phones in the world. A BYD battery is used.

The battery is so well done, why are there so many industries in the future?

Wang Chuanfu said: "The backbone of our generation is spine. We Chinese are neither stupid nor lazy. Why haven't we gotten the corresponding status in the world? We just want to fight for our breath."

"In this age of change, technology is increasingly playing a decisive role"

A battery company that doesn't know anything about cars to make cars?

The media, shareholders, and funds are all surprised, even BYD employees do not understand.

Many fund managers called Wang Chuanfu to persuade him to abandon the acquisition plan, and some even threatened him: "If you insist on the acquisition, we will sell BYD's stock until the dump is dead."

"On the day of the acquisition, doubts and suspicions came one after another. How can a battery manufacturer make a car? Can a car be compared with a battery? But at that time, it was not a question of whether to do it or not, but how to do it. We are already optimistic, we must do it." Wang Chuanfu said.

As you can see in this episode, Wang Chuanfu attaches great importance to data and logical relationships.

Wang Chuanfu believes that technology can make people think deeper and have a farther perspective.

Although the market is constantly changing, sticking to technological innovation allows BYD to have sufficient "energy reserves."

Against the backdrop of the era of energy security, environmental issues, traffic congestion, and industrial upgrading, BYD has accelerated its transformation and upgrading through technological innovation and forward-looking strategic layout in the process of solving social problems, and has continued to grow and develop.

Buffett praised Wang Chuanfu as a combination of Welch and Edison.

Many people may misunderstand Edison, thinking that technology is not important to management. In fact, Wang Chuanfu doesn't think so.

BYD can build anything, but the confidence is the technology.

In the eyes of inventors, deserts are all sources of energy.

Many people have seen BYD make batteries and cars, as well as solar energy and energy storage.

In fact, this point did not depart from Wang Chuanfu's logic.

Wang Chuanfu hopes to use technology to solve energy and environmental issues, and as Wang Chuanfu said in the program, the sun is the foundation of everything, clean and eternal.

Wang Chuanfu believes that if 1% of China's desert area is covered with solar panels, it can solve the electricity consumption in China.

Solar energy is an energy source that mankind can truly rely on in the next one million or even two million years.

At the same time, in response to the storage problem of solar energy, BYD has developed an energy storage power station.

"I hope to make the industry bigger, and strive for a face and a breath for the Chinese people."

In the program, Wang Chuanfu emphasized closed-loop management very much. BYD’s entire strategy is actually to adhere to closed-loop management, solar energy + energy storage + electric vehicle industry chain and full market products, to achieve from the acquisition of energy to storage to application to get rid of the dependence on fossil energy, not only Conducive to solving air pollution, but also helping to solve the country's energy crisis (currently China's oil dependence on foreign countries is as high as 70%).

In this chain, from pollution control to congestion control, BYD has created rail transit products such as Yunba, which can also be seen from this program. In fact, the strategy is also in the same line.

Wang Chuanfu’s logic is to be problem-oriented. Wherever the gap is filled, wherever the neck is stuck, it will be solved, and what society needs is created to form a closed loop to solve the problem.

It’s not that surprising that BYD cross-border aid production of masks and meltblown cloths, and even any new products.

Of course, not everyone can understand Wang Chuanfu’s advanced strategies. Yu Minhong said that Wang Chuanfu has been advancing amidst doubts. Wang Chuanfu bluntly said: “The market needs education and enlightenment.” In fact, from a certain perspective, Wang Chuanfu is indeed “education”. Home".