The local financial markets witnessed a positive weekly performance, which ended with a rise in the general index of the Dubai Financial Market by 2%, equivalent to 42 points, while the Abu Dhabi Stock Exchange rose 65 points by 1%. 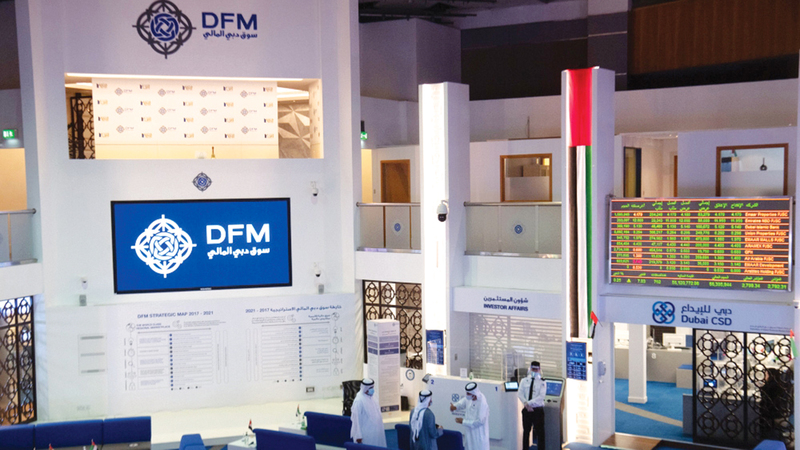 The local money markets witnessed a positive weekly performance, which ended with the Dubai Financial Market’s general index increasing by 2%, equivalent to 42 points, while the Abu Dhabi Stock Exchange rose 65 points, or 1%.

Two financial analysts said that the market performance was positively affected by the increase in oil prices and the expansion in the distribution of the vaccine at the level of the Emirates, in addition to dividends.

In detail, Rami Elias, General Manager of Denovo Financial Consulting, said that “the positive factors internally and externally create a state of optimism in investing in local financial markets, as oil prices are witnessing good rises, in addition to the expansion of vaccination at the level of the UAE, including It would quickly restore commercial and economic activities to their usual cycle. ”

He added that one of the most important events of the week is the inclusion of a local technology company for the first time, which is the company «Anghami», which was listed on «Nasdaq New York», as it formed a landmark deal at the level of the region, pointing out that the financial markets in the UAE are in line with the development witnessed by the rest Economic sectors, which have promising companies and candidates to play a role at the global level, especially in the field of technology.

Elias indicated that also important news that affected the market, especially in the Dubai Financial Market, was the decision to merge Emaar Properties and Emaar Malls, which creates more opportunities for investors and raises the market value of listed companies and stimulates local and foreign investments, indicating that the coming period will witness Increasing liquidity rates after the end of the dividend season.

For his part, Director of Development at Al-Ansari Financial Services Company, Abdul Qader Shaath, said that “the market’s performance during the week came within the expectations regarding liquidity, and the news that resulted from the Board of Directors meetings for a number of companies was played, at the forefront of which is Emaar’s share. , An important role in promoting market positivity. ”

Shaath added that despite the repercussions of Corona, some companies and banks announced the distribution of profits, which raises the morale of investors, and the shares of the Abu Dhabi Stock Exchange also witnessed good and record highs.

He pointed out that among the events of the week also the Abu Dhabi Securities Exchange implemented a new price closure mechanism, making the two markets united in opening and closing, in a way that would allow and enhance the performance of investment funds and major investors, and also allow property transfers at the price set for the closing of the same session.

He continued, "Next week until the end of March will witness the completion of the profit distribution processes, which will raise the liquidity levels in the two markets."

The Dubai Financial Market index closed, during yesterday's single session, down by 0.79% at 2569 points, with trades amounting to a total of 236 million dirhams.

Shares of 17 companies out of the 36 companies traded yesterday, while shares of 14 companies declined, and five companies remained steady.

The Abu Dhabi Securities Exchange closed yesterday, down by 0.12%, at 5693 points, with trades amounting to a total of 956 million dirhams.