Supervision of the Ministry of Housing and Urban-rural Development! Big news comes from property market regulation!

Chinanews client, Beijing, March 4 (Zuo Yukun) "Many people buy houses not for living, but for investment or speculation. This is very dangerous." News from the State Council Office on March 2 At the press conference, Guo Shuqing, chairman of the China Banking and Insurance Regulatory Commission, called out and warned real estate speculators.   On the same day, Wuxi introduced a new property ma 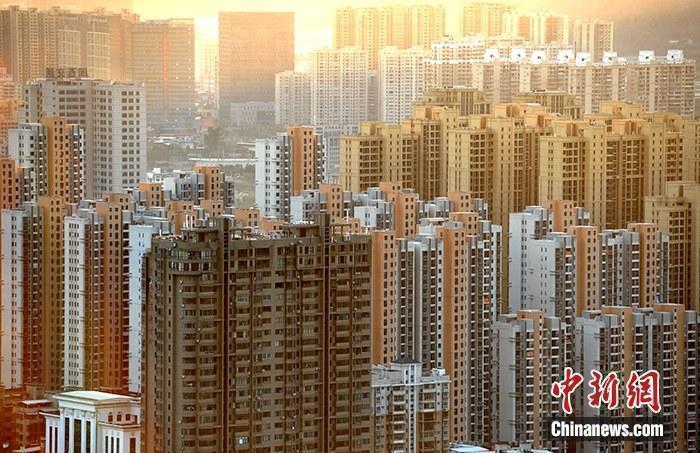 Chinanews client, Beijing, March 4 (Zuo Yukun) "Many people buy houses not for living, but for investment or speculation. This is very dangerous." News from the State Council Office on March 2 At the press conference, Guo Shuqing, chairman of the China Banking and Insurance Regulatory Commission, called out and warned real estate speculators.

One day later, on March 3, the Ministry of Housing and Urban-Rural Development announced that Shanghai and Hangzhou attacked, and the real estate market ushered in three major news in one day.

On the evening of March 3, according to the China Construction News headed by the Ministry of Housing and Urban-Rural Development, recently, Vice Minister Ni Hong of the Ministry of Housing and Urban-Rural Development led a team to Hangzhou, Zhejiang Province and Wuxi, Jiangsu Province to conduct research, and consulted to supervise the implementation of a long-term mechanism for the stable and healthy development of the real estate market. Happening.

It is worth noting that in late January this year, Ni Hong led a team to Shanghai, Shenzhen and other places to investigate and supervise the real estate market.

At the time, Ni Hong also emphasized the need to unswervingly insist on "housing and not speculating" and resolutely curbing speculation and speculation.

"The supervision work of the Ministry of Housing and Urban-Rural Development continues to illustrate the tightening of the real estate policy, and it is also the content that needs attention in the follow-up policy prediction." Yan Yuejin, research director of the Think Tank Center of the E-House Research Institute, said.

Regarding the recent "press house prices" in many places, Cao Jingjing, research director of the Index Division of the China Index Research Institute, analyzed that February coincides with the Spring Festival holiday, and most real estate companies adjust their supply rhythms and are inspired by the "in-place Chinese New Year" initiative and most sales offices. During the Spring Festival, the "non-closing" period has led to the release of demand for home purchases in some key cities, and the performance of the property market has been more active than in previous years.

"Under the influence of the intensive introduction of regulatory policies in various places, the growth rate of housing prices in 100 cities has narrowed in February." Cao Jingjing said that in the short term, the property market policies in some hot cities may continue to tighten.

Yan Yuejin also believes that the Ministry of Housing and Urban-Rural Development's survey emphasized "enhancing work enthusiasm, initiative, and creativity", which may mean that the subsequent subdivision policies will increase, especially related policies based on "one city, one policy". , Deserves everyone's attention.

The direct fuse of Hangzhou's move was the recent creation of many high-priced foreclosure properties in Hangzhou, which even exceeded the market price by more than 50%.

Pan Hao, a senior analyst at the Shell Research Institute, believes that the regulatory policies introduced by Hangzhou this time are still under the premise of "no housing speculation". The goal is to stabilize land prices, stabilize housing prices, and stabilize expectations, and conduct market behaviors that may cause overheating. The corresponding restrictions.

In fact, Hangzhou's current property market regulation is only more than a month away from the last round of regulation.

On January 27, the Office of the Leading Group for the Stable and Healthy Development of the Real Estate Market in Hangzhou issued a document to further strengthen regulation in terms of housing purchase restrictions, housing sales restrictions, tax adjustments, identification standards for homeless families, and the policy of priority purchase of high-level talents.

Since the second half of 2020, Hangzhou has successively increased its property market regulation six times, and the overall effect has initially appeared.

On March 3, multiple departments in Shanghai jointly issued the "Notice on Further Strengthening the Management of the City's Real Estate Market", marking Shanghai's official entry into the ranks of cities where the sale of individual houses is restricted.

The notice clearly stated that the implementation of housing sales restrictions, new commercial housing purchased in accordance with the priority purchase policy, can only be transferred after 5 years of signing and filing on the home purchase contract website.

This regulation is also an upgrade of Shanghai's previous policy.

According to Pan Hao, in Shanghai's 2016 regulation and control policy, only houses purchased by companies can be traded again after 3 years.

"This point is actually in line with the previous point purchase policy and other content. Previously point purchases objectively enabled some home buyers to have the priority to purchase houses." Yan Yuejin said, "So this time Shanghai is also fully considering this type of house purchase. In fact, by restricting the sale, the speculation of this type of housing is further restricted, and the relevant real estate is cooled."

According to statistics from the Shell Research Institute, the year-on-year index of the sales price of newly-built commercial residential buildings in Shanghai is still at a relatively high level since 2020. Therefore, it is imperative to increase regulation.

"Judging from the recent intensive introduction of policies in some big cities, this year's control war to comprehensively solve the housing problem in big cities has officially started." Yan Yuejin said.

In addition to Shanghai and Hangzhou, a number of cities have successively made moves in recent days.

On March 2, Wuxi, another city supervised by the Ministry of Housing and Urban-Rural Development, issued the "Notice on Regulating the Order of Second-hand Housing Transactions in Our City", proposing to carry out order rectification of the real estate market.

Previously, on February 27, Dongguan City issued the "Notice on Further Strengthening the Regulation of the Real Estate Market," which also made it clear that the mechanism for issuing prices for online signing of second-hand housing should be further improved.

"Actually, from the perspective of this year's regulation and control, the second-hand housing market will be more tightly controlled," said Yan Yuejin. Shenzhen, Dongguan, and Wuxi have all introduced relevant housing listing transactions and price announcement policies. This time, Hangzhou is actually There are similar characteristics.

"Through the control of the second-hand housing market, it can really consolidate the regulation and promote the stability of second-hand housing transactions. This also requires intermediaries and other institutions to pay attention to the recent policy trends, and high-priced listed projects should be withdrawn in time." Yan Yuejin said.

Data map: The public passed by before a top real estate.

A review shows that in this round of property market regulation, "Yangtze River Delta", "Pearl River Delta" and "Second-hand Housing" have become keywords. Why?

"In 2021, the property market in Xiaoyangchun is earlier than in previous years, and the enthusiasm for first- and second-tier cities has led to a record-setting real estate patching policy." Zhang Dawei, chief analyst of Centaline Real Estate, believes that this round of multi-city upgrading and regulation will help curb the false fire in the hot-spot city property market and avoid short-term market out-of-control , But the follow-up will have to restrict the disorderly entry of funds into real estate, otherwise the strength of the regulatory policies may be diluted.