After long months in lockdown, Easter trips will probably be possible. Because fewer business travelers are coming, sun-seekers should now fill the seats in the planes of Lufthansa, which reports the greatest loss in its history. 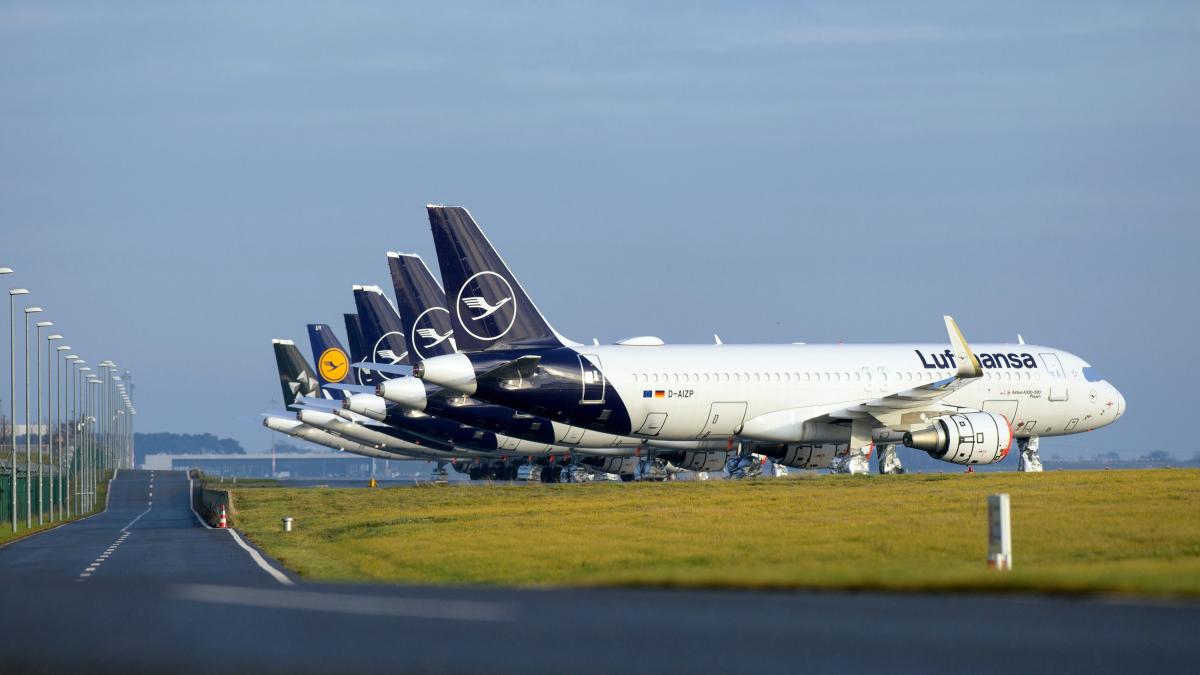 After the three most profitable years in the company's history, Lufthansa posted a record loss of 6.7 billion euros in 2020 after a profit of 1.2 billion in the previous year.

The airline announced that sales fell by almost two thirds to 13.59 billion euros.

Thousands of other jobs were lost in the first few months of this year.

The Lufthansa key figures reflect the worldwide travel restrictions, which in the industry led to huge fleets of parked aircraft and losses of billions.

Without the entry of the Federal Republic as a shareholder and a loan in the billions, the largest German airline was also threatened with bankruptcy in the summer of 2020.

You are now reporting on a horror year and are hoping for the turning point.

The Lufthansa competitor Air France-KLM, for example, reported a loss of 7.1 billion euros in 2020 and the British Airways parent IAG 7.4 billion euros, which is even higher deficits than the German airline group.

Even the low-cost airline Ryanair expects a loss of almost one billion euros in the end of March.

The industry is counting on the fact that air traffic will be revived for passengers with more vaccinations, rapid tests and proof of this in the form of digital, international certificates.

In Germany, the lockdown, which has now been extended to March 28, should end just in time for Easter holidays.

The Lufthansa subsidiary Eurowings is therefore ramping up its Mallorca flight offer again.

Lufthansa calculates that many countries will loosen travel restrictions in the summer after more and more people have been vaccinated.

“We know that demand rises sharply as soon as travel restrictions fall,” said Harry Hohmeister, the board member recently.

There is “a great longing for vacation” and the catch-up effect will be correspondingly strong.

How ticket prices will develop is open

In the industry, a scenario is considered possible that there could still be an oversupply of aircraft in summer despite the longing for vacation.

In their search for urgently needed high-yield sales, the airlines would not be awarding seats at competitive prices either.

It is therefore unclear how ticket prices will actually develop.

Lufthansa does not present a specific economic forecast for 2021.

But there are analyst estimates.

For this year, they reckon with a good 50 percent increase in sales to 20.6 billion euros and a loss that has shrunk by a good 70 percent to 1.8 billion euros.

The bottom line could then be a small profit again in 2022.

A dilemma for Lufthansa is that it has so far benefited in particular from the more profitable business travel share with business class passengers.

But the manager flights could at least partially be replaced by video conferences in the future.

Fleet is reduced by 150 aircraft

The airline has already announced that it will therefore phase out models such as the giant A380 with a comparatively large business range.

In addition, more and more tourist destinations are being headed for.

The cost-cutting program also includes reducing the fleet by 150 aircraft by 2024.

Spohr has repeatedly stated that Lufthansa would ultimately like to overcome the biggest industry crisis in history as the winner.

There will be further bankruptcies or mergers.

The Lufthansa boss also wants to get rid of the restrictions associated with joining the state as quickly as possible.