Due to the restrictions on consumption imposed by the conditions of closure caused by the outbreak of the Corona pandemic in various countries of the world, consumers in the largest global economies have been able to save up to about $ 2.9 trillion, which is an enormous cash stock that can lead to a strong recovery in the global economy. 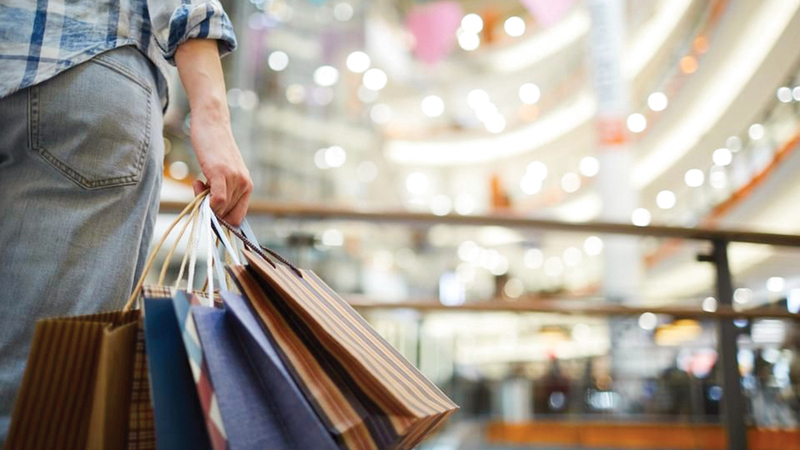 With savings amounting to $ 2.9 trillion during the Corona outbreak in various countries

Optimists are betting on a global shopping spree that will revive the retail trade.

Due to the restrictions on consumption imposed by the conditions of closure caused by the outbreak of the Corona pandemic in various countries of the world, consumers in the largest global economies were able to save up to about $ 2.9 trillion, which is a huge cash stock that could lead to a strong recovery in the global economy. From the recession caused by the pandemic.

According to a report by Bloomberg News, families in the United States, China, the United Kingdom and Japan, in addition to the largest countries in the eurozone, were able to save money with the decline in spending when the Corona virus forced them to stay at home and not go to shopping centers.

According to estimates by Bloomberg Economics, consumers are likely to continue saving and saving money with continued restrictions and closures in some countries, as well as continuing government monetary incentives.

The data shows that half of those huge savings, which amount to about $ 1.5 trillion for consumers in the United States alone, are equivalent to the annual output of South Korea.

"Bloomberg" pointed out that the barriers imposed by the global outbreak of the pandemic prevented the spending of money and reduced consumption. In addition to household income in those countries, which was enhanced by stimulus measures, they led to a growth in consumer savings, which reached huge levels but frozen, and thus These funds will become fuel for economies to recover once the Corona virus is eliminated, with support from the introduction of vaccines on a large scale.

Optimists are betting on a shopping spree, as consumers return to reviving the retail trade, the restaurant sector, entertainment venues and tourist sites, as well as the return of sporting events and buying big tickets that they stopped short of during the pandemic.

But some question whether the money will instead be used to cover debts that also accumulated during the health crisis.

In the US, the money saved last year will drive economic growth by up to 9% instead of the currently projected 4.6% for GDP for 2021.

On the contrary, if savings are not spent, the economy is likely to grow by only 2.2%.

"The summer of 2020 was a false dawn for the pandemic to fade, but it also showed how quickly economies can recover again when the precautionary measures to prevent the spread of the virus are removed," said Meva Kosen, chief economist in the eurozone at Bloomberg Economics.

According to the Bloomberg report, the closure associated with the stimulus measures means that the savings of American families have increased, but the United States is not alone in having these advantages, as Chinese families also managed to pump 2.8 trillion yuan (about 430 billion dollars) into their bank accounts during That period, which is more than you would normally do.

And those deposits rose in the largest economies of the euro area combined 387 billion euros (465 billion dollars), led by Germany, which alone provided about 142 billion euros.

Bloomberg reported that one of the factors that may increase consumers' desire to spend generously is represented by low interest rates, which reduce the attractiveness of keeping money in the bank, but it clarified that the other direction is the risk that consumers choose to use their savings to repay debts, Or they decide to keep their family budgets low, due to persistent health risks or concern that the job market will slowly recover.

Families in America, China and the

United Kingdom and Japan were

able to save with the