Etihad Airways announced its financial and operational results for the year 2020, recording a decrease of 76% in the number of passengers it carried during the year, reaching 4.2 million passengers, compared to 17.5 million passengers in 2019, due to the decrease in demand and the reduction in carrying capacity. 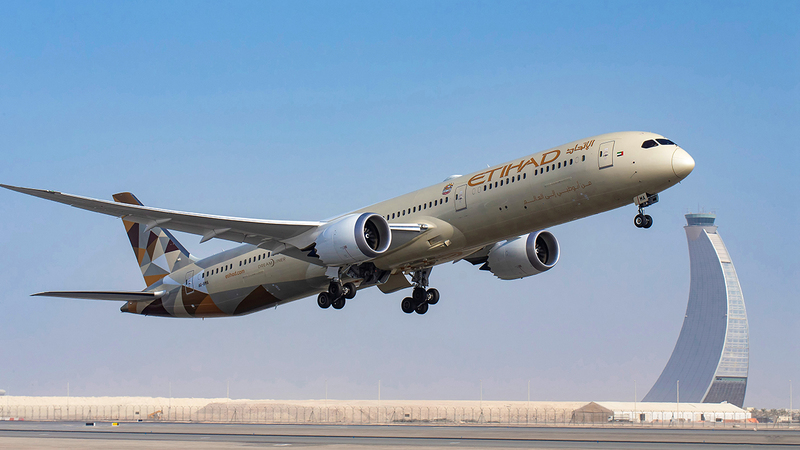 «Etihad Airways»: 76% decrease in the number of passengers during 2020. From the source

Etihad Airways announced its financial and operational results for the year 2020, recording a decrease of 76% in the number of passengers it carried during the year, reaching 4.2 million passengers, compared to 17.5 million passengers in 2019, due to the decrease in demand and the reduction in carrying capacity. For flights, in the wake of the unprecedented global recession in the commercial aviation sector.

The company stated in a statement yesterday that, given the effects of the "Covid-19" pandemic and the subsequent restrictions on travel and travel, the total number of travelers has been reduced by 64% during the past year, bringing the number of seats available per kilometer to 37.5 billion, compared to By 104 billion in 2019, and the seat occupancy rate decreased to 52.9%, equivalent to 25.8 percentage points lower, compared to 2019, when it was 78.7%.

Passenger revenues reached $ 1.2 billion (4.4 billion dirhams) during the past year, registering a 74% decline, reaching $ 4.8 billion (17.6 billion dirhams) in 2019, due to the low number of regular flights and the significant decline in the number of those wishing to travel. Travel, and another contributing factor, is the total suspension of passenger services to and from the UAE at the end of March, which continued until the beginning of June 2020, with the aim of limiting the spread of "Covid-19", in line with the recommendations of the UAE government.

In terms of freight operations, unlike the above, the company managed to record a very strong performance with a 66% increase in revenues, rising from $ 700 million (2.6 billion dirhams) in 2019 to $ 1.2 billion (4.4 billion dirhams). In 2020, driven by a significant increase in demand for medical equipment, such as personal protective equipment and pharmaceuticals, accompanied by the determination of global air cargo capacity.

Operating costs decreased by 39% from last year, from $ 5.4 billion in 2019 to $ 3.3 billion in 2020, due to the reduction in absorptive capacity and volume-related expenditures, as well as the focus on cost containment initiatives.

Public expenditures also decreased by 25% to reach $ 800 million, compared to $ 1 billion during the year 2019, within this timeframe despite their steady nature, thanks to liquidity management initiatives during the crisis, while the financial cost decreased by about 23% thanks to the continued focus on restructuring. Budget statement.

Etihad Aviation Group CEO Tony Douglas said: “The (Covid-19) pandemic shook the foundations of the aviation sector, but thanks to our talented people and the great support of our shareholders, (Etihad) was able to stand firmly in the face of the crisis, Today, it is fully prepared to play a key role as the world returns to travel again.

At a time when no one could predict what will happen in 2020, our focus on achieving the maximum possible basics of business activities has contributed, during the past three years, to consolidating the position of (the Union) to respond decisively to the global crisis. ”