Obligation to report bankruptcy: Many companies unconsciously make themselves liable to prosecution

Many companies feel safe - wrongly - due to the suspension of the bankruptcy notification obligation. In fact, only a fraction of the businesses are likely to take up the offer. For many managing directors this can end fatally. Politicians are also to blame for this. 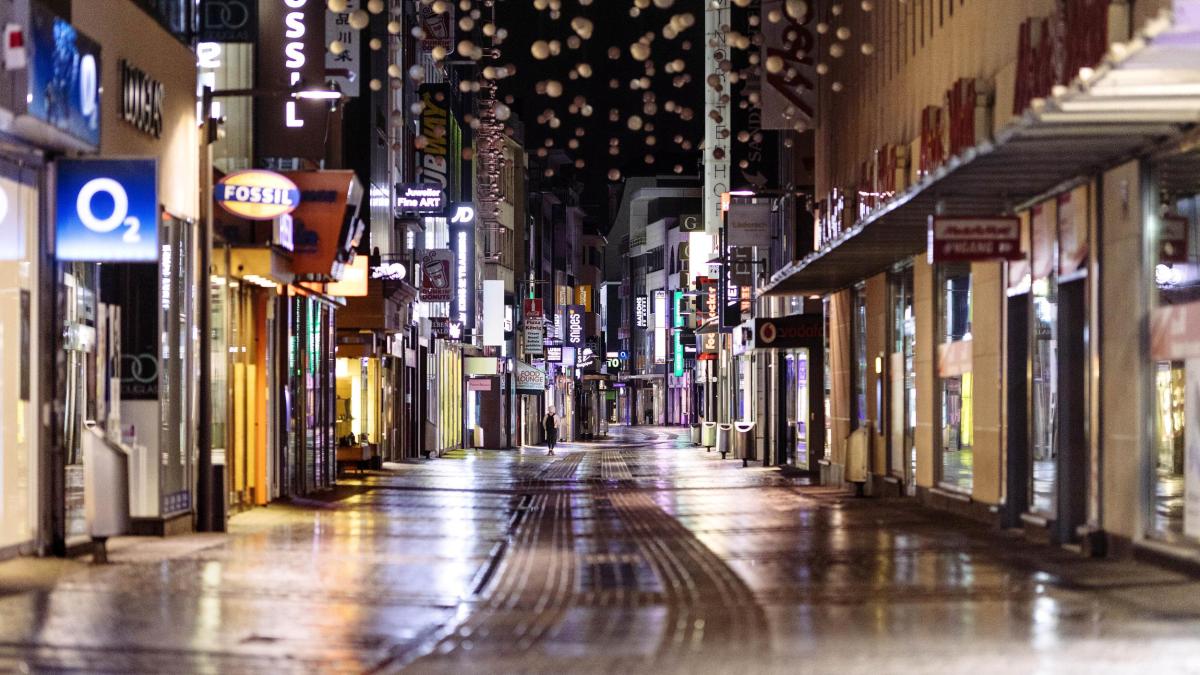 The expected bankruptcy wave in Germany is still not rolling.

On the contrary: month after month, the Federal Statistical Office reports insolvency figures that are far below the previous year's figures, despite the corona crisis.

In November, for example, there were 1,046 corporate insolvencies in this country, which is 26 percent less than in the same month last year.

According to preliminary estimates, the statistics agency expects nine percent fewer bankruptcies in December, and in January the number should be 34 percent lower.

"The economic hardship of many companies due to the Corona crisis is therefore still not reflected in an increase in the number of reported corporate insolvencies," the office said.

The background to this is the suspension of the obligation to file for bankruptcy.

This means that companies do not have to file for bankruptcy immediately, as is usually the case, if they are insolvent or overindebted.

But this exception, which is currently valid until the end of April, does not apply to every company, warn experts.

Only 20 percent of the companies actually qualify

"At the moment, many board members and managing directors are taking a great risk," says Christoph Niering, chairman of the Association of German Insolvency Administrators (VID).

"Apparently, many only read the headlines, but not the small print, when it comes to the legal situation in insolvency law." That could still take bitter revenge for many, warns Niering and speaks of criminal offenses such as bankruptcy delay and fraud.

"There is a great deal at stake here in terms of both criminal and civil law." Nevertheless, a large number of executives apparently turn a blind eye to reality.

In this reality, the so-called Covid-19 Insolvency Suspension Act, or COVInsAG for short, currently only grants freedom to those companies whose crisis is due to the pandemic and who can also expect state aid to be paid out from the emergency programs.

And this support must be sufficient to close existing financial gaps.

According to the credit reporting agency Creditreform, this does not apply to the majority of the insolvency candidates.

"It is estimated that only around 20 percent of the companies are actually entitled to suspend the application requirement," says Patrik-Ludwig Hantzsch, Head of Economic Research at Creditreform.

He assumes that, especially in endangered industries such as the catering and hotel industry, many companies should have filed for bankruptcy long ago, but have not, knowingly or unknowingly, so far.

From Hantzsch's point of view, this is also due to politics.

"Even today, the government likes to give the impression that nobody has to file for bankruptcy if they are insolvent or over-indebted due to the Corona crisis." Creditreform suspects that this is due to election campaign tactics.

"In a super election year, high bankruptcy figures do not fit the image of successful crisis fighters," says Hantzsch.

The legal situation has been different since the end of September.

The Federal Ministry of Justice (BMJ) has only been providing relevant information in its own publications since the end of January - at the insolvency administrator's insolvency, as can be heard.

“If a company refrains from filing for bankruptcy even though the conditions for suspension are not met, the management is acting in breach of duty.

This can give rise to liability as well as criminal liability on the part of the management ”, it says at the very end of a press release on the extension of the application obligations - in a much smaller font than in the previous statement by Justice Minister Christine Lambrecht (SPD).

Whereby executives wouldn't be off the hook if it weren't for anything like that.

"Ignorance does not protect one from punishment.

Management has the duty to obtain information and to have legal experts explain the context if something remains unclear, ”says VID boss Niering.

The possible punishments are tough.

In the event of deliberate delay in bankruptcy, there is a risk of up to three years imprisonment or a fine according to Paragraph 15a of the Insolvency Code.

In addition, there is the so-called instability.

That means: Anyone who is convicted is no longer allowed to work as a board member or managing director for five years.

In addition, personal liability is checked - for all amounts that have been paid out by the company since the date of an existing bankruptcy.

"An insolvency administrator would have stopped all payments in principle and immediately, be it for rent, personnel, leasing or purchasing goods, if the administrator himself did not continue the company temporarily in the interest of the creditors," explains Volker Römermann, specialist lawyer for insolvency law.

This money is then sued by board members and managing directors.

"It is not uncommon for this to result in personal bankruptcy."

The current reluctance to file for bankruptcy may well work for those affected.

"When a troubled company recovers and starts up again, nothing usually happens in practice," explains Römermann, who has also been chairman of the board of the Institute for Insolvency Law for more than two decades.

“Where there is no plaintiff, there is no judge.” However, should bankruptcy proceedings arise in the coming months and years, the entire past will be dealt with.

An entrepreneur does not even have to apply to the court for this.

In normal times, around two thirds of all bankruptcy applications come from tax offices and health insurance companies.

It's different at the moment.

Anyone who owes taxes to the tax authorities can apply to their tax office to dispense with enforcement measures until the end of June.

The rule is somewhat different for social security contributions that are collected centrally by the health insurance companies.

The simplified deferral rules currently only apply to the February contributions, which must be transferred by the company by March 25th at the latest.

If this deadline is not extended, reminders will soon be sent out again at the cash registers.

If the enforcement officer also reports that there is nothing left to be fetched, the health insurers are obliged to secure the outstanding contributions by filing for insolvency.

"It is to be expected that, once the legal requirements have been met, the health insurance companies will have to file for bankruptcy again from mid-April," says Johann Heller from the National Association of Statutory Health Insurance Funds.