Millions of unused vaccine doses: this city shows how it can be done differently

Germany vaccinates painfully slowly, with millions of AstraZeneca cans piling up. The authorities now want to deviate from the rigid prioritization - but only in a week. One city in North Rhine-Westphalia is enough. She is now acting on her own initiative. 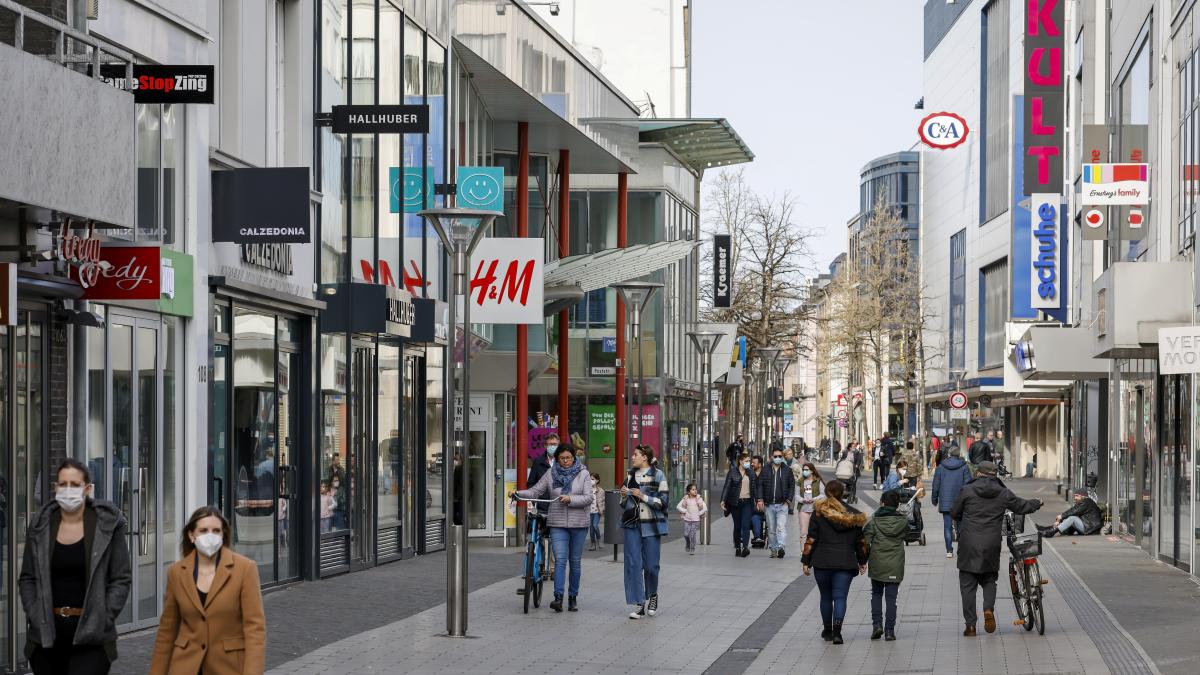 Hundreds of thousands of AstraZeneca vaccination doses are lying around in refrigerators, waiting to be vaccinated.

If you believe some media reports in the last few days, this is mainly due to the unpopularity of the British-Swedish vaccine.

A closer look shows: That is only half the story.

There have been quite a few cancellations of vaccination appointments, but many people would like to be vaccinated - but are not yet eligible because, despite the “surplus”, no replacement groups have been invited.

Due to a lack of study data, the Standing Vaccination Commission (Stiko) has so far only recommended the vaccine for people under 65 years of age.

In order to quickly change the seemingly absurd situation, some scientists and politicians have suggested no longer sticking to the order of the prioritization groups, but rather opening the centers to larger groups and involving general practitioners.

Both things happen slowly, however, while the number of unvaccinated doses is increasing, especially since the quantities delivered are growing.

So far, the daily vaccination record is just under 170,000 doses.

A calculation by WELT has shown: Even if this peak were reached again every day, there would only be 9.82 million vaccinations by March 21 - and still 4.86 million doses would remain unused.

In order to push this number to below two million by March 21st, almost 300,000 vaccinations a day would have to be given.

The 227,500-inhabitant city of Krefeld in North Rhine-Westphalia is now showing how the problem can be solved pragmatically.

There one does not wait for the organization of the federal and state governments, but finds a quick way at the local level: From today employees of all daycare centers and primary schools are to be vaccinated.

"That was a relatively spontaneous decision," said Krefeld's city director for education, youth and sport, Michael Schön, in an interview with WELT.

"The local branch of the Red Cross reported to us last Friday that there was a relatively high number of excess cans - and many more will follow in the next few days."

City Director Schön and Mayor Frank Meyer (SPD) did not hesitate and immediately contacted the Krefeld schools and daycare centers.

"Opening the schools is the right step - but then the staff must also be vaccinated quickly," says Schön.

According to his own information, he agreed the quick action with the Düsseldorf State Ministry of Health at the weekend.

Because the updated prioritization is actually in the interest of the ministry - it recently put a new regulation on paper: On March 8, the state will start vaccinations for educators, teachers and police officers.

"Vaccinate what it takes" is the motto.

According to information from the German Press Agency, it concerns 168,000 daycare teachers nationwide as well as 89,000 teachers at elementary, remedial and special schools.

Also on March 8, the vaccinations of 36,000 police officers in Germany's largest state are to begin.

Hundreds of thousands of vaccine doses are currently unused in Germany.

And in the next few days, nearly two million doses of AstraZeneca's unpopular vaccine will be added.

Bavaria's Prime Minister Söder is therefore calling for vaccinations to be made possible through family doctors.

But until this is put into practice, at least another week will pass - seven days in which thousands of cans stand around useless and could cost human lives.

In Krefeld, action was taken more quickly: “Pragmatism is very good for all of us in these times,” says Schön.

1200 cans are ready for the action this Tuesday.

"The fact that Family Minister Stamp is now also bringing the vaccinations for staff from primary schools and daycare centers forward to the period from March 8th confirms our approach."

And the city now not only wants to vaccinate teachers and support staff, but also all employees of the facilities, such as kitchen helpers and other servants.

She is confident that "very large amounts" can be inoculated.

City director Schön speaks of an “important signal” to the professions in the system-critical infrastructure.

Nevertheless, he emphasizes: "Normal operation in the vaccination centers continues as usual, the capacities are sufficient." DRK district manager Sabine Hilcker, who heads the local vaccination center, confirms this: "No other vaccinee in the previous prioritization groups becomes an existing one with this procedure Vaccination appointment taken away. "

Mayor Meyer also wants to ensure that people with a particularly high health risk are vaccinated quickly - regardless of age.

"Better to be vaccinated at all, no matter what"

The AstraZeneca vaccine has recently fallen into disrepute.

Many citizens who are not that high in the prioritization would like to use their arm.

"With a hardship decree, the state of North Rhine-Westphalia now also allows prioritized vaccinations for groups of people with diseases that are not included in the vaccination prioritization of the Standing Vaccination Commission," writes the city administration in support of the reason.

"We have to do all we can to avoid the accumulation of a further surplus of cans that cannot be inoculated due to the rigid rules."

In general, there are several local solutions nationwide: Cologne, for example, is now relying on a successor model: If appointments are canceled, people in the first and second priority groups who have not yet been given an appointment get an appointment.

An ethics committee will decide who will ultimately receive the dose.

At the end of this week, the vaccination of up to 45,000 day care center employees and teachers in special needs schools is also to begin in Berlin; they will now be given higher priority.

The teachers in elementary schools and kindergarten teachers in Brandenburg are now to receive a “vaccination offer”, according to Potsdam.

A look abroad shows how the vaccination backlog can be avoided: In Israel, the fastest vaccinating country, mobile teams drive to the beach and organize drive-throughs.

In the USA, many pharmacies play an important role in the infrastructure.

In Germany, politicians want to focus on family doctors soon - although many would have wished they had been planned earlier.

“It now depends on every day and every week.

As soon as there are enough vaccines, the resident doctors must be involved ”, demands Andreas Gassen, the chairman of the board of the National Association of Statutory Health Insurance Physicians (KBV).

But before that happens, some countries are first starting “pilot projects” in private practices, for example Thuringia.

"It's good that we're doing that, but we have to get faster," said Thuringia's CDU parliamentary group leader Mario Voigt.

However, it has not yet been determined from which reference date will actually be vaccinated across the board in the practices.

Federal Minister of Health Jens Spahn (CDU) recently proposed "from mid-March" - but the latest draft resolution of the Ministerial Presidents' Conference says something different: The "transition to the next phase" is planned for April.

Only then should the practices "be fully integrated into the vaccination campaign".

The necessary urgency shows a calculation of the KV: 50,000 of the approximately 75,000 doctor's practices nationwide could administer 20 vaccine doses each day - which would be up to five million vaccinations a week.

For stock market experts and beginners. Subscribe to the podcast on Spotify, Apple Podcast, Amazon Music and Deezer.