Rent stop forever? That is the new lid idea of ​​the SPD

In its new party program, the SPD calls for a nationwide price brake forever. The Social Democrats have learned from the chaos of the rent cover. Because the new proposal solves a legal problem of the Berlin model - and thus has a greater chance of success. 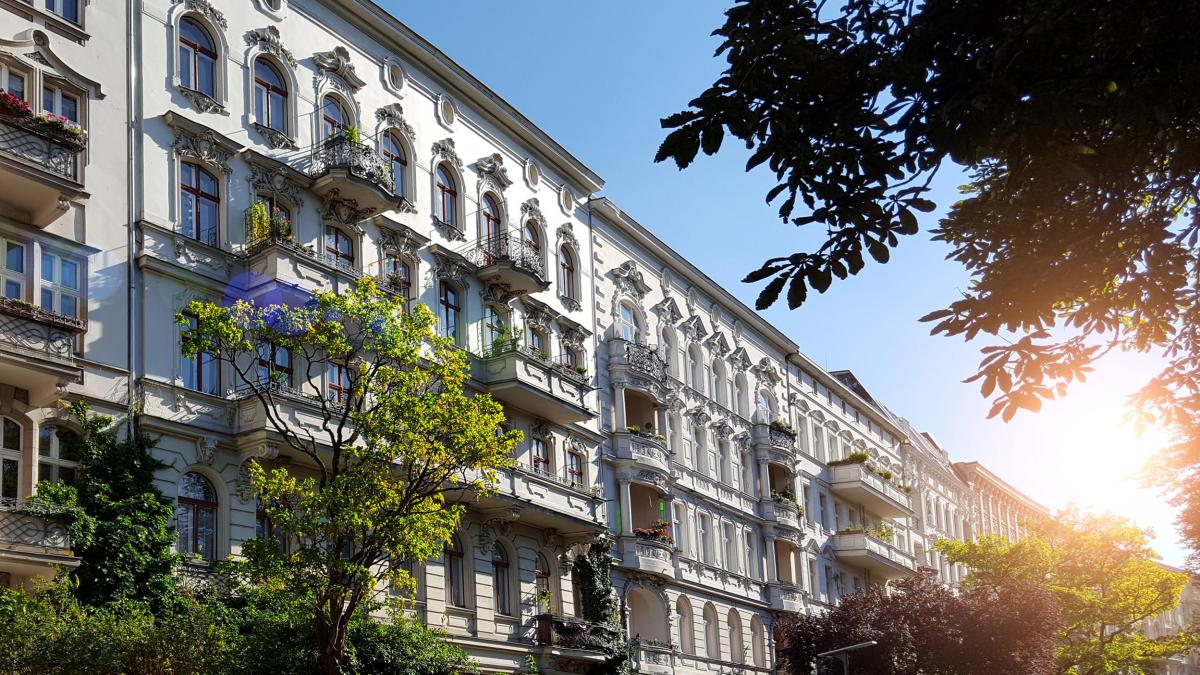 The SPD wants to slow down rents nationwide.

The program for the Bundestag election presented on Monday provides for a temporary rent moratorium to be introduced in tense residential areas.

In the areas concerned, existing rents should then only be allowed to increase in line with the inflation rate.

The general price growth is currently 1.3 percent per year.

A rent moratorium is "not to be confused with the Berlin rent cap," emphasized the local political spokesman for the SPD parliamentary group, Bernhard Daldrup, to WELT.

The law applicable in Berlin freezes rents for at least three years to the level of June 2019 and even provides for a reduction to set prices in a second stage.

The nationwide SPD project, on the other hand, would not affect the existing prices and rent index and would also enable an increase.

The Berlin rent cap is also controversial because the federal state intervenes in tenancy law, which is actually regulated in the German Civil Code (BGB).

The SPD wants to continue regulating rents at the federal level.

"It is important to emphasize that the federal government provides the legal framework here," said Daldrup.

“It is the federal states that concretise these requirements and assign the municipalities the scope to independently designate areas in which, in their opinion, there is a tense residential area.

However, this does not mean - and the wrong impression is often given here - that rents are frozen everywhere in Germany. "

Not everyone is against the idea of ​​inflation

For example, the Association of Berlin-Brandenburg Housing Companies (BBU) itself made exactly this suggestion almost two years ago, but added that "energetic and demographic modernization" would have to be excluded with such a price brake.

Otherwise it would be difficult to recoup the costs for climate protection investments and accessibility.

For this purpose, BBU boss Maren Kern even proposed a further tightening of tenancy law, namely “protection against dismissal for tenants aged 65 and over”.

The BBU includes the DAX group Deutsche Wohnen and subsidiaries of Vonovia, which is also listed on the DAX.

The SPD rental cover variant would apply to current tenancies.

For new contracts, however, there has been a rental price brake since mid-2015.

However, the rent brake has proven to be complicated and legally controversial.

Many federal states issued incorrect ordinances, so that the landlords did not have to slow down rents for years.

There are also a number of exceptions.

For a long time, the tenants had to prove that the landlord had violated the rental price limit - until the federal government clarified this on January 1, 2019.

Nevertheless, many tenants are currently unlikely to know whether the price brakes will apply in their area or not.

And as things stand now, the price brake would be over in 2025.

According to the program, this is exactly what the SPD wants to prevent, completely deflate the rental price brake and also “close loopholes”, says Bernhard Daldrup.

Furnishing apartments is likely to be one of these loopholes.

The rent brake is based on the rent index, but surcharges for furniture are also possible.

There are also certain limits here that have emerged in the course of case law, but landlords often do not adhere to them.

There are numerous large cities in Germany in which people live in constant fear of being pushed out of their residential areas.

“What happens here in Berlin happens with a delay in other cities.

That is why it is wise to use our tool against rising rents elsewhere in Germany, ”said Saleh.

"The market just can't regulate everything."

The party program also proposes an extension of the period under review for rent indexes to eight years.

The longer the period under consideration, the more older rental contracts and thus generally lower rents are included in the calculation.

In the real estate industry, three years ago, when the current federal government extended the period from four to six years, there was talk of a "rent index manipulation law" and protests against the change.

How the CDU and CSU will position themselves in terms of tenancy law and rent controls is still open.

The Union parties' program is expected in early summer.

The Greens, however, have published a 78-page “basic program” in which a “strong and social tenancy law” is generally called for, as well as “better instruments for a legal limitation of rent and a legally anchored tenant co-determination.” At the Greens also focus on the concept of a “new non-profit housing”.

This means housing associations that are not profit-oriented.

All of this suggests, however, that the Greens would be more likely to reach an agreement with the SPD than with the CDU on the subject of the housing market in coalition negotiations.

The CDU parliamentary group has emphasized several times since the last amendment to tenancy law that tenancy law is "finally regulated."