China News Service, February 26. The State Council Information Office held a press conference on employment and social security on the 26th. Minister of Human Resources and Social Security Zhang Jinan pointed out that in 2020, 11.86 million new jobs will be created in urban areas, exceeding the annual target tasks. The urban surveyed unemployment rate averaged 5.6% throughout the year, which was 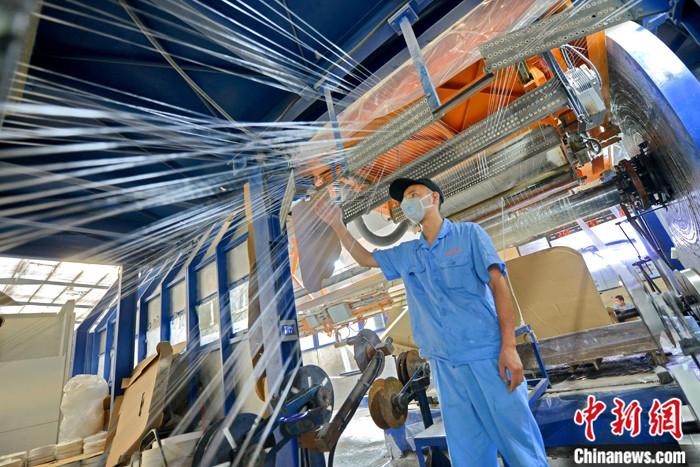 Minister of Human Resources and Social Security Zhang Jinan pointed out that in 2020, 11.86 million new jobs will be created in urban areas, exceeding the annual target tasks. The urban surveyed unemployment rate averaged 5.6% throughout the year, which was lower than the expected control target.

Zhang Jinan introduced that the first is to innovate the employment guarantee mechanism to promote the resumption of work and production.

Quickly establish a 24-hour labor scheduling guarantee mechanism for key enterprises, and help tens of thousands of key enterprises such as the production of pharmaceutical materials to solve the urgent need for more than 1 million laborers.

Work together to organize and transport more than 6 million migrant workers back to work in a safe and orderly manner.

The second is to implement a policy combination of "reduction, exemption, slow reduction, rebate" to effectively alleviate the difficulties and pressures of enterprises and stabilize the employment stock.

The three social insurances for endowment, unemployment, and work-related injuries in the whole year reduced the burden of enterprises by 1.54 trillion yuan, the unemployment insurance returned 104.2 billion yuan to stabilize jobs, and nearly 100 billion yuan of various employment subsidies were issued.

The third is to do everything possible to expand employment channels, and the employment of key groups remains stable.

At the end of last year, the overall employment rate of college graduates was over 90%, and the total number of migrant workers recovered to 98.2% of the previous year.

The number of poor laborers in employment reached 32.43 million, an increase of 10% over the previous year.

The fourth is to optimize public employment services, in-depth implementation of vocational skills improvement actions, and improve the efficiency of matching supply and demand.

Organized a series of activities such as hundreds of millions of online recruitment and 100 days of free online skills training, providing a total of more than 100 million employment services and more than 27 million subsidized training.

The first National Vocational Skills Competition was successfully held, creating a good atmosphere for the development of skilled talents.

According to Zhang Jinan, recently, in response to the situation of epidemic prevention and control, the Ministry of Human Resources and Social Security, in conjunction with relevant departments, organized a special action "Welcome the New Year and Bring Warmth, Stabilize Jobs and Retain Workers" to encourage and guide migrant workers and other migrant workers to stay in employment for the New Year.

Big data monitoring shows that more than 87 million migrant workers spend the New Year in their places of employment, an increase of nearly 40 million over the previous year.

In terms of social security, one is the continued expansion of coverage.

60.98 million registered poor people have participated in the basic pension insurance, and the participation rate has remained at 99.99%.

Provincial-level overall planning of endowment insurance has been fully realized.

The central government adjustment of the fund continued to increase, with 176.8 billion yuan of funds allocated across provinces.

The entrusted investment of the basic pension insurance fund has been fully launched, with a contract size of 1.24 trillion yuan.

Third, various social security benefits are paid on time and in full.

Promote related service matters to be handled in a package, speed up, simple and cross-provincial.