Emirati entrepreneurs and businessmen called for reducing the cost of doing business in the country, through 10 main demands, including exemption from labor and labor fees, residencies, commercial licenses, exemption from the cost of basic services for companies owned by citizens upon incorporation, as well as granting companies the emirate 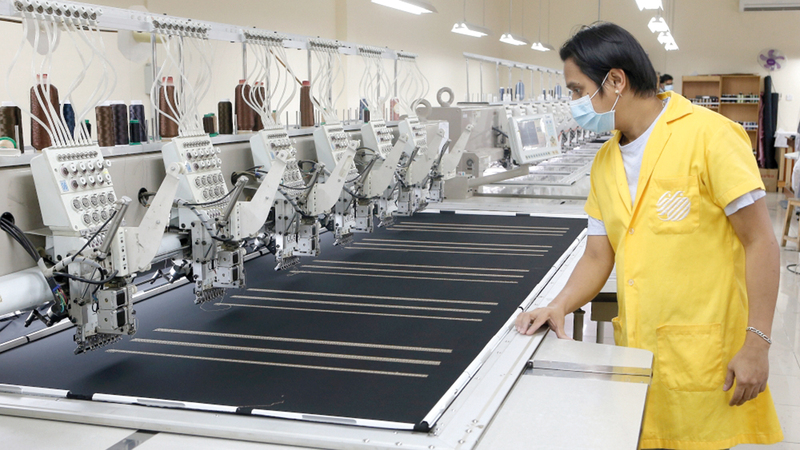 Identified by the owners of companies and startups ... most notably the exemption from fees and the granting of incentives and facilities

Emirati entrepreneurs and businessmen called for reducing the cost of doing business in the country, through 10 main demands, including exemption from work and worker fees, residencies, commercial licenses, exemption from the cost of basic services for companies owned by citizens upon incorporation, as well as granting Emirati companies direct material support. In addition to giving incentives, facilities and exemptions to new companies, especially during the first years of their operation.

They told «Emirates Today» that facilitating small and emerging companies ’access to interest-free loans is a basic requirement, in addition to providing cheap financing and simplifying procedures, in addition to reducing rents in industrial areas and granting facilities for the purchase of factory equipment, in addition to accessing partnerships. Realistic between the public and private sectors, giving small companies priority in government procurement.

In detail, the entrepreneur, Mansour Ahli, called for exempting companies owned entirely by citizens from fees for work, workers, residencies and commercial licenses, in addition to exempting them from the cost of basic services, such as electricity and water, during the first three years of establishing the company as a maximum, to support national companies during the first period of Establishing and helping it succeed, pointing out that the repercussions of the Coronavirus pandemic have increased the burdens on owners of emerging projects in particular in light of declining revenues.

Al-Ahly explained that the fees for licenses and residency alone constitute about 50% of the cost of establishing the project, adding that the cost of hiring one worker reaches 8,000 dirhams, including work permits, work card fees, residency confirmation, status adjustment, and others.

And my family considered that exempting national companies from these burdens, during the first period of the project, supports the opportunities for national companies to succeed and continue, especially since a large proportion of small enterprises are exposed to failure during the first years of establishment, as the first period is the most difficult, and the success of the project is determined from Not, and called for granting facilities in purchasing equipment, especially for industrial companies.

My family praised the great support provided by the government since the Corona pandemic to business owners, to help them overcome the challenges they face.

For his part, the entrepreneur, Jassim Al-Bastaki, called for giving incentives, facilities and exemptions from fees to new companies entering the state's markets for the first time, during their first years, which would facilitate the state's attraction of more local and foreign capital, in light of the strong competition between Countries of the world to attract them as a result of the repercussions of the pandemic.

Al-Bastaki stressed the importance of granting wholly-owned Emirati companies an exemption from workers' fees, residencies and licenses, and major services such as electricity and water, during the first two years of their establishment, to reduce operating expenses they bear, which helps them succeed and make profits.

Al-Bastaki said that the government fees are a reflection of the operational cost of the government, which uses the fees to implement high-quality services, such as infrastructure projects, communications, the Internet, and smart and technological services, which are badly needed, especially in light of remote work and education.

He added that reducing the operating cost for companies and investors requires first seeking to reduce the operational cost for governments by reviewing public and private government expenditures.

In turn, the entrepreneur, Walid Al-Falahi, called for providing direct financial support to Emirati-owned companies, to help them cope with the repercussions of the Corona pandemic and not to suffer losses, and thus the closure.

He considered that exaggerating some fees is a problem, but it is not the biggest problem faced by startups that need direct financial support, indicating that this will not cost the state much because the number of these companies is not large.

In addition, the head of Al-Shumookh Group for Oil and Gas Services, Trade and General Contracting, Dr. Ali Al-Ameri, called for reducing rents in industrial areas, noting that these rents burden business owners in light of the decline in revenues due to the pandemic.

Al-Amiri also called for making it easier for small and emerging companies to obtain interest-free loans to support companies and help them not to default, similar to what is happening in many countries.

In the same context, a member of the Board of Directors of the Abu Dhabi Chamber of Commerce and Industry, Hamad Al-Awadi, stressed the need for an integrated system to support companies of all kinds, which includes reducing government fees, facilitating investment procedures, in addition to real partnerships between the public and private sectors, and giving Emirati small companies priority In government procurement.

Al-Awadi pointed to the importance of the attractive legislative and economic environment, in which businesses are practiced that should have a major role in helping companies operate, especially with regard to the availability of cheap financing that helps work and the availability of high-level infrastructure.

Exemption from labor and labor fees, residencies, and commercial licenses.

Exemption from the cost of basic services for citizen companies.

Reaching realistic partnerships between the public and private sectors.

Small businesses are given priority in government procurement.

A member of the Abu Dhabi Chamber of Commerce and Industry Board of Directors, Hamad Al-Awadi, said that fees, whether they are administrative fees or a tax system, are one item, noting that sometimes the fees are few, but administrative and bureaucratic procedures greatly affect the success of investment.

He added that focusing on reducing fees is not enough, as the government costs a lot to create the infrastructure that has reached very good levels of quality unmatched in the world.

- Significant support provided by the government to business owners since the Corona pandemic.