According to a report by the US State Department, at least 18 European companies have withdrawn from the Nord Stream 2 project for fear of sanctions. These also include a service provider from Mannheim and an insurer that belongs to Munich Re. 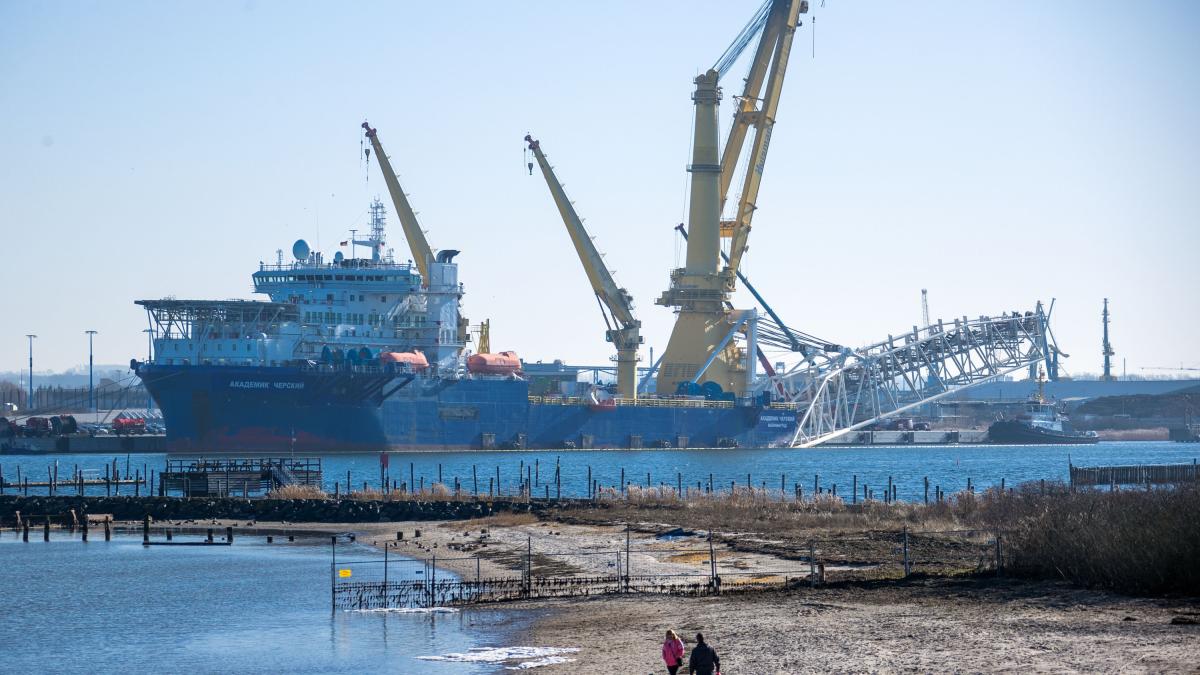 The threats of sanctions by the USA against the German-Russian Baltic Sea gas pipeline Nord Stream 2 are having an effect: After considerable pressure from the government in Washington, at least 18 European companies have now ended their participation in the controversial project or have promised to withdraw, as stated in a report by the State Department to Congress.

According to the information, the companies also include the industrial service provider Bilfinger from Mannheim and the Munich Re insurer Munich Re Syndicate Limited.

So far, the United States has only imposed sanctions on the Russian company KVT-RUS, which operates the Fortuna laying ship, because of Nord Stream 2 - the government of the Republican US President Donald Trump announced these punitive measures shortly before the end of her term in January.

The company and the ship are also specifically mentioned in the new report.

Contrary to expectations, other companies are not punished or threatened with punitive measures.

Republicans had therefore sharply criticized the administration of the new Democratic US President Joe Biden.

Senator Ted Cruz said over the weekend: "The Biden administration signals that it is ready to allow the pipeline to be completed, with catastrophic consequences for American national security and for the energy security of our European allies." The US State Department transmitted last Friday's report to Congress, but has not yet made it public.

The report was available to the dpa in Washington on Monday.

The Wall Street Journal had previously reported on it.

Most of the companies that have terminated or are ending their participation in Nord Stream 2 are insurance groups, according to the report.

Most of these companies are based in the UK.

The Swiss Zurich Insurance Group and the Axa Group, based in Paris, have also ended their work on Nord Stream 2, according to the US State Department.

The report, signed by US Secretary of State Antony Blinken, also explicitly addresses the attitude of the federal government.

"The German government is still fully behind the Nord Stream 2 project," it says there.

The federal government emphasizes that it is a necessary economic project.

"Germany firmly rejects US sanctions as an attack on the sovereignty of Germany and the EU."

State Department spokesman Ned Price said Monday that the withdrawal of numerous companies from the project shows that the government's actions are working.

He stressed that the US kept up the sanctions threats.

"We have made it clear that companies risk sanctions if they are involved in Nord Stream 2." However, they will continue to consult with allies and not surprise them with unsolicited actions.

The US is up against the project because they fear that their partners in Europe are too dependent on Russia.

At the end of 2019, construction work on the pipeline was stopped shortly before completion after the US had enacted an initial sanctions law (Peesa) against the special ships that laid the pipes.

US critics argue that the US would rather sell its own gas in Europe.

“Let's give Vladimir Putin the opportunity to hold a free State Duma election this autumn with the participation of the opposition.

Until then, let's stop the Nord Stream 2 pipeline, ”he was quoted in a message from the Foreign Office in Vilnius after the meeting of EU foreign ministers.

Like the USA and some EU countries, Lithuania is against the pipeline.