It's a friendly economic time. This week, I will be with reporter Kim Hye-min. Reporter Kim, the apartment transaction volume has decreased a little lately. You heard a bit of this, but you said there were statistics that could actually support this story? Yes, last year, as real estate prices rose a lot, you did a lot of panic buying and other things. 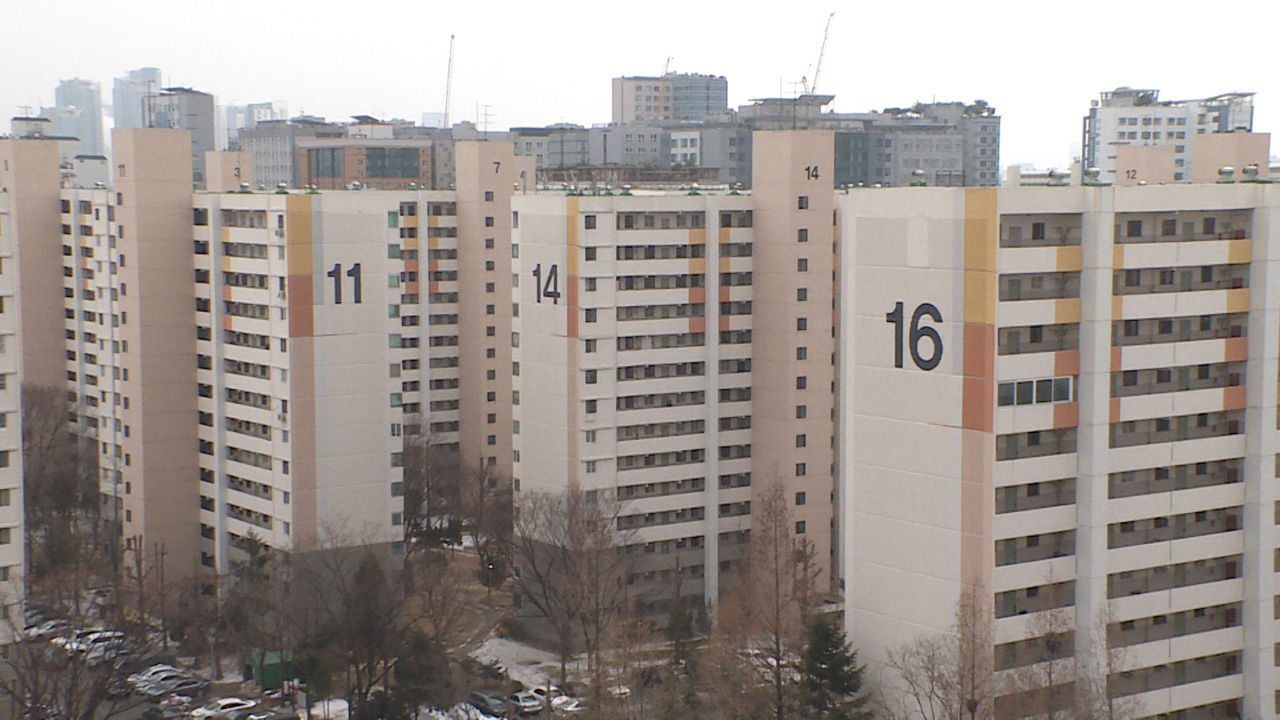 This week, I will be with reporter Kim Hye-min.

Reporter Kim, the apartment transaction volume has decreased a little lately. You heard a bit of this, but you said there were statistics that could actually support this story?

Yes, you did a lot of panic buying and other things as real estate prices rose a lot last year.

But this year, the number of home sales transactions has declined significantly.

According to statistics from the Ministry of Land, Infrastructure and Transport last month, last month's transactions decreased by 35.4% compared to last year's December.

It may be said that the decrease was due to school vacations in winter, but even compared to the same period last year, it has decreased by more than 10%.

Among them, the volume of local transactions decreased more than in the metropolitan area.

As apartment prices have risen too much and the government's high-intensity measures continue, it seems that the transaction volume is gradually decreasing from the provinces.

really decreased a lot, but the proportion of purchases in their 30s, and this is growing a bit.

Yes, it is true that the transaction volume has decreased across the generation.

By the way, the proportion of people in their 30s is increasing, and it is the highest level of all age groups.

Last month, the proportion of apartments in their 30s in Seoul apartment sales accounted for nearly 40%.

That means two out of five people who bought an apartment in Seoul last month were in their 30s.

This statistic has been compiled since 2019, and since then, the percentage of sales in the 30s has been the highest ever.

Then, where is the area where young people in their 20s and 30s live the most? Gangseo-gu was the most, followed by Nowon-gu and Yeongdeungpo-gu.

Since 30s don't have more assets than 40-50s, there were more sales in mid- to low-priced areas than those in Gangnam and Yongsan, where apartment prices are expensive.

Even though their 30s are the age to become independent, even those who buy an apartment after marriage seem to be buying it in advance with impatience and anxiety.

Experts pointed out that the real estate market should be stabilized only by delaying the trend of demand for certain generations.

trading situation is now and I am curious about the price, how is the price?

The rise in apartment prices is important, but this has also decreased somewhat.

The rise that has been rising since mid-January has been broken this time.

Around this time, there was a 2·4 supply plan, and it seems that the demand class has returned to the wait and see tax because the valuation of the house must be re-evaluated over whether or not to proceed with the reconstruction due to cash settlement.

However, this increase does not mean that the price has gone down, it just means that it has risen a little less.

So, it is still too early to say that the supply measures have been successful.

I think we need to watch the trend of the rise a little more.

So, it's not that the price has fallen now, but the trend of rising has been a bit broken.

So is that so, the government is also changing its policy on loans.

use a lot of loans for Bogeumjari loans when buying a house, but there are some people who couldn't get this while trying to do this.

The Bogeumjari Loan is a policy that provides loans at a low fixed rate when buying a house. This loan can only be obtained when a person with an income lower than 70 million won a year purchases real estate less than 600 million won.

However, many pointed out that this standard is too strict compared to the current real estate market price or annual income.

It has been a long time since the median price of a house in Wool exceeded 600 million won.

That is why the Korea Housing Finance Corporation is considering improving the standard for Bogeumjari loans this time.

However, the FSC is still cautious about easing standards.

Seoul's house prices have risen a lot, but this is the reason that "nationally, there are far more loans this year than last year."

In the room for the advancement of household debt, which will be announced next month, a large framework for the direction of the loan regulation is set.

As general public opinion sees that this standard needs to be revised, and elections are short, experts predict that the standard is likely to be relaxed.