Dubai Airports confirmed that Dubai International Airport has taken positive steps towards recovery after an unprecedented and challenging year, pointing out that annual traffic reached 25.9 million passengers in 2020. According to Dubai Airports, the recovery is strong from the market’s perspective. Global and Aloo 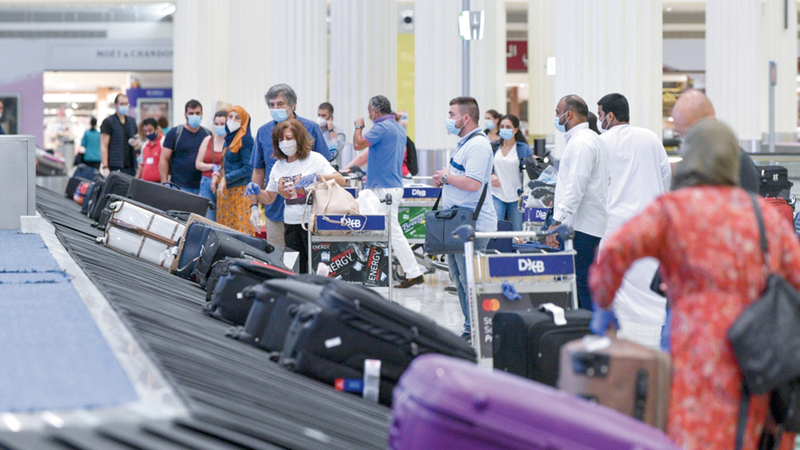 Dubai Airports confirmed that Dubai International Airport has taken positive steps towards recovery after an unprecedented and challenging year, pointing out that annual traffic has reached 25.9 million passengers in 2020.

In detail, the annual traffic that Dubai Airports announced yesterday officially showed positive numbers in the second half of 2020, as the month of December exceeded the aviation industry expectations of 2.19 million passengers, and the final data showed a remarkable recovery in all areas, specifically the return of services in Global markets, thanks to the strength of the operations of Emirates Airlines and Fly Dubai, and the confidence shown by international airlines to return to the region.

The CEO of Dubai Airports Corporation, Paul Griffiths, said that 2020 was one of the most challenging years in recent times, as the impact of the Covid-19 pandemic was not only observed in the travel and tourism sector, but also around the world, stressing that these numbers reflect the testing environment But it does come with an element of hope and confidence.

Griffiths stressed that rebuilding travelers' confidence is an integral part of the recovery in the travel and tourism industry, indicating that one way to do this is through a vaccination program, similar to the UAE government program, as well as technology that will allow smooth and contactless travel, which will encourage Dealers to travel again.

He continued: "As a center for continents, we are in a good position to support the distribution of vaccines from countries that manufacture them, to the world."

Griffiths expressed his confidence that the outlook is stable and optimistic.

He said, "We are constantly monitoring future schedules and reservations, and are working with airlines on their plans to return to Dubai International Airport and new destinations to be introduced, and this will confirm that we have sufficient capacity and operational capacity available to support the pace of recovery."

According to «Dubai Airports», Dubai International Airport received about 25.9 million passengers over the course of 2020 (a decrease of 70%) compared to 2019.

During the first quarter of 2020, the airport welcomed 17.8 million passengers (a decrease of 20%), and this number significantly slowed during the second quarter, due to the ensuing events around the world.

Dubai Airports stated in its report that, on June 23, 2020, the UAE’s airspace was officially reopened, and travel to Dubai was permitted for tourism purposes as of July 7, 2020, stressing that these organizational changes had a positive impact on flight movements and an increase in the number of passengers. Significantly, until the end of the year, average passenger traffic numbers in the third and final quarters peaked at 1.3 million passengers.

According to «Dubai Airports», the recovery is strong from the perspective of global markets and destinations, indicating that there are currently 147 destinations (a 61% recovery) provided from Dubai International Airport in 80 markets (85% recovery) distributed among 56 airlines (recovery By 75%).

The Corporation indicated some growth through government measures that took place in the last quarter of 2020, which allowed flights to and from Israel, at a time when India retained its leadership as the largest destination at Dubai International Airport in terms of passenger numbers, with the total number of passengers for the year. 2020, to 4.3 million passengers, followed by the United Kingdom with 1.89 million.

The power of partnership

Dubai Airports confirmed that the strength of partnerships is one of the main positive factors, noting that Emirates Airlines and Fly Dubai have played a pivotal role in the recovery efforts, along with dnata and all the official bodies that make up the aviation community in Dubai.

She pointed out that the partners of the retail areas, services, restaurants and beverages in the airport environment also showed strength and flexibility during the period of reduced aviation activity, stressing that the corporation was able to maintain the projects of commercial companies and move quickly to reopen the ports with the increase in passenger traffic.

During the last quarter of 2020, Dubai International Airport handled 49,603 air movements, bringing the annual air traffic to 183,993 movements, while the average number of passengers per flight decreased to 188 passengers, down 20.3% annually.

December 2020 exceeded expectations for the aviation industry of 2.19 million passengers.

India leads as the largest destination at Dubai International Airport in terms of passenger numbers.