In-situ Chinese New Year has given birth to new consumer trends: Shanghai’s consumption demand for “food for one person” surges 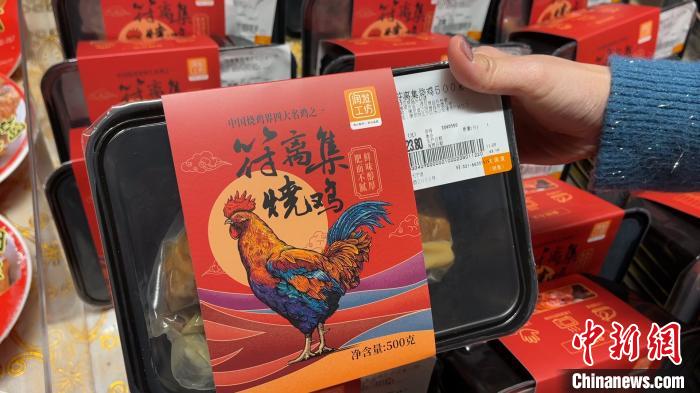 Compared with the state of family dinners in 2020, how singles who celebrate the Chinese New Year on the spot in 2021 can eat a rich and not wasted New Year’s Eve dinner has become an urgent problem to be solved.

Therefore, the easy-to-operate lightweight "food for one" fast-growing dishes have become one of the most popular products in Shanghai supermarkets.

According to RT-Mart’s "New Year's Stocking Trend Report 2021", in-situ Chinese New Year has spawned "one-person food" consumption demand in many cities. Self-cooked small hot pots have soared by 233% in Shanghai, and Liuzhou snail noodles have also increased in Chongqing and Shenyang. 103% and 68%.

On the 5th, the reporter saw in the RT-Mart supermarket store in Daning, Jing’an. In addition to setting up the "New Year’s Day Street" and putting on shelves many new year products full of local characteristics, it also brought together dozens of classic Chinese New Year dishes from different regions. The "Yunnian dishes" sales area is particularly concerned by customers.

"Because of this special situation this year, many migrant workers in Shanghai also chose to stay there for the New Year. We hope that everyone from Sichuan or Anhui will find the flavors of their hometown in the dishes of these years, and provide them with abundance. "One person or two people's new year dishes choice", said Zhu Baoshan, general manager of RT-Mart Shanghai Daning store.

Many chain convenience stores have upgraded their bento meals to small, diversified, home-style hot meals from the same day when they sold out.

"In order to allow customers who are alone to have a New Year's Eve dinner, we have also introduced small bowls of fresh-made, 24-hour dishes in East China and North China stores. For example, there is Shanghai's grilled green onion ribs. , Baobao in the northeast, stir-fried vegetables in Beijing, and sweet and sour fish in Shandong, etc. Compared to bento, the bowl of dishes can be freely matched by consumers according to their personal tastes, and the clerk can complete the preparation on site within 2 minutes, or Buy it through takeaway and send it to your home for heating." Wang Dan, a staff member of the public relations department of Bianlifeng Chain Convenience Store, said that we hope that consumers who spend the New Year in a foreign country can also "spel" the national "food map" locally.

In addition, in order to reduce the flow of people and encourage people to celebrate the New Year in Shanghai, under the coordination of the Shanghai Municipal Commission of Commerce and the Catering Industry Association, a total of 42 catering companies in Shanghai have launched a "New Year's Eve dinner delivery" service in 434 stores.

The reporter noticed that many time-honored restaurants in Shanghai, such as Lanxin Restaurant, have also joined the "army" of New Year's Eve meal delivery, launching a variety of options such as one-person meal on the APP platform.

"We feel that under the general trend of'Chinese New Year in situ', more convenient semi-finished New Year's Eve dinners and a set meal suitable for 1 to 2 people will better meet the needs of young consumers, so we have also launched the takeaway platform. Related packages. Of course, we also have luxury packages for single or double for the New Year’s Eve dinner to choose from. We hope that everyone can have a sense of ritual and satisfaction "New Year’s on the spot"," said Zheng Ruifang, general manager of Lanxin Restaurant, to reporters. .