Speed ​​camera warning: apps and jamming devices for the car are so illegal

Apps and warning devices for cars that report speed cameras or protect them with technical help are popular. But are such helpers allowed? The legal situation is confusing. Police officers have extensive powers in the event of suspicion. 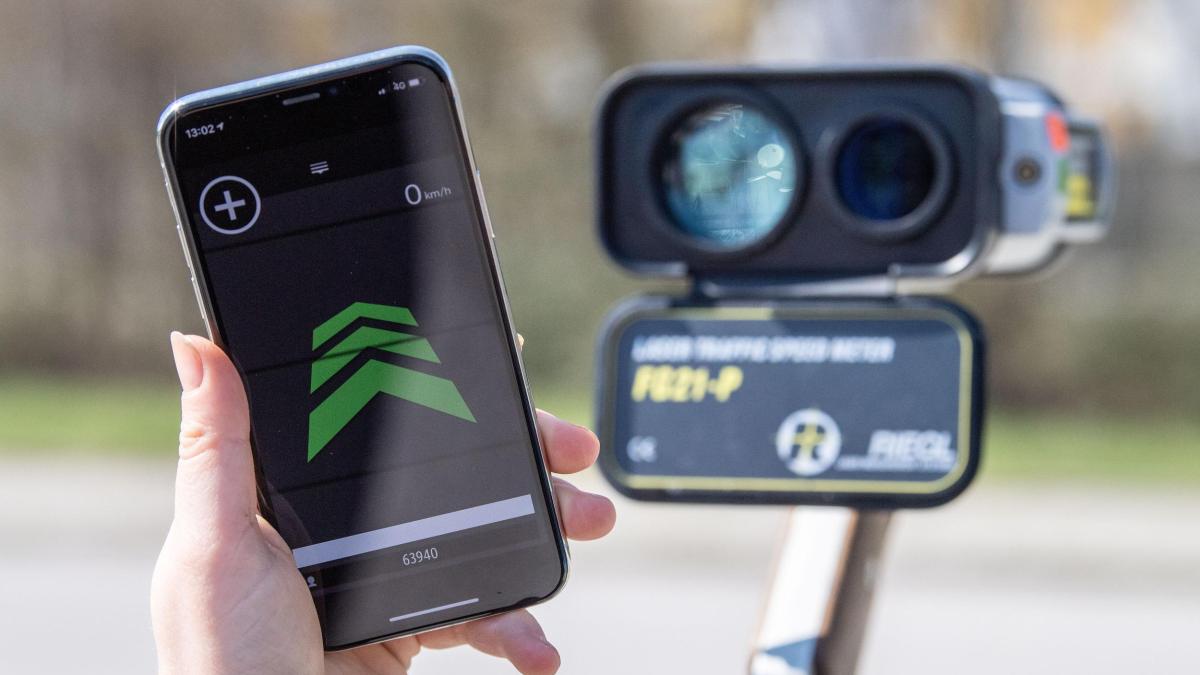 A brief moment of inattentiveness is enough: if you are looking at the radio instead of the speedometer needle, or if you have simply overlooked a sign, it can flash reddish in the next moment.

Measuring stations for speed monitoring, as speed cameras are called in official German, are merciless.

They do not differentiate between speeders and those who actually always drive adapted, but were maybe distracted or inattentive for a moment.

Any speed violation will be punished.

Be that as it may: There are motorists who try to protect themselves from speed cameras with technical help.

Peter Schmitz from the computer magazine "c't" differentiates between jamming devices (jammers) and warning devices based on detectors and GPS with a database.

“The jammers prevent a valid measurement by interfering with the radar measurement signals,” explains Schmitz.

Detectors react to the waves from radar or lidar measuring devices, but would also occasionally deflect at pasture fences and in front of level crossings.

“The simpler and most common devices today, on the other hand, only work on the basis of GPS position detection and use a database of speed camera locations,” says Schmitz.

There are also combination devices that combine shaft detectors and position detection.

Even if the purchase and possession of the devices is permitted in Germany, one thing is clear to the experts: They must not be operated while driving.

"Downloading and installing apps like Blitzer.de, Radarbot or Waze is legal." Like simple GPS warning devices, the apps determine the vehicle's position via GPS, access a coordinate database on the Internet and warn of known speed camera locations.

"Of course they have to be entered in the database," says Schmitz.

In Germany around 4,500 stationary speed monitoring systems measure the traffic.

There are also mobile stations and radar guns at police controls.

In such apps, drivers can look at their route before and only then, and note any speed cameras, explains Peter Schmitz.

"That is legal and allowed."

This is also different here when you are out and about: "Drivers are not allowed to use warning apps on their smartphones or speed cameras while driving," says Uwe Lenhart, specialist lawyer for criminal and traffic law in Frankfurt am Main.

According to Section 23 of the Road Traffic Regulations (StVO), a vehicle driver may not operate or carry any technical device that is intended to display or disrupt traffic monitoring measures.

"A warning app that has already been installed may be saved on the smartphone, but not ready for use," explains Lenhart.

In the event of a traffic control, ready for operation means that the app is active.

The Higher Regional Court of Celle, for example, decided in 2015 that the prohibition is met "if a driver has a mobile phone with him that is ready for use and has a speed camera app installed and this app is called up while driving".

A violation is punished with a fine of 75 euros and one point in Flensburg.

If the driver has the cell phone in their hand or if a police officer has seen it there shortly beforehand, it becomes more expensive because smartphones are generally taboo while driving.

In this case, the offense is punished with a fine of 100 euros and one point in Flensburg.

The following applies to a police check: "Drivers should keep calm and stay friendly, this usually shortens the procedure," advises traffic attorney Lenhart.

“You should also talk as little as possible and only as much as necessary.

If they are made a specific accusation, they should not comment on the matter, just give their personal details. ”In addition, lawyer Lenhart points out that the obligations of the StVO Paragraph 23 are directed towards the driver, but not the front passenger.

With the smartphone in the car control

During a police check, officers are allowed to ask for the smartphone if they suspect that a warning app is being used, explains Uwe Lenhart.

If there is any initial suspicion, they are also entitled to check the smartphone and even delete apps.

"Drivers do not have to give out a possible locking code, but the police can possibly confiscate the device in return," says Lenhart.

If the going gets tough, the driver has to weigh up whether to accept it or unlock the smartphone in order to allow the police officer to see.

Speeders are flashed when they no longer expect it

Step on the brakes in front of the speed camera - and then keep racing: not an isolated case on German roads.

The “Section Control” radar system is set to change that in the future.

After a test phase, the first line radar in Germany was armed.