The report shows that the size of my country's Internet users is close to 1 billion, and the Internet penetration rate is 70.4% 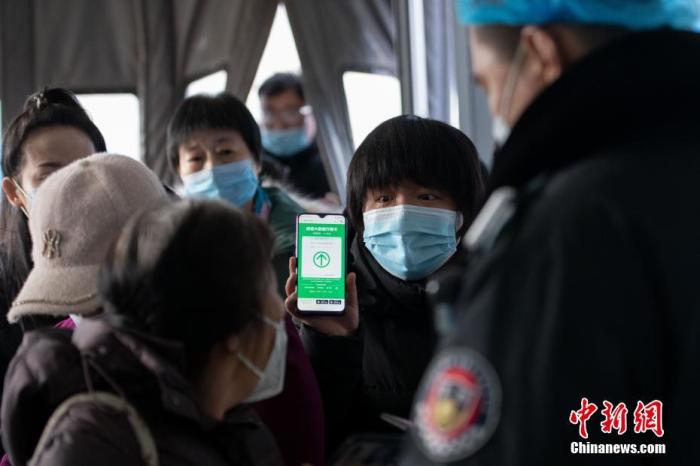 According to the "Report", as of December 2020, the number of Internet users in my country has reached 989 million, an increase of 85.4 million from March 2020, and the Internet penetration rate has reached 70.4%.

In 2020, my country's Internet industry has played an active role in resisting the new crown pneumonia epidemic and the normalization of epidemic prevention and control, making my country the only major economy in the world to achieve positive economic growth, and its gross domestic product (GDP) exceeded one million for the first time It has made important contributions to the successful completion of the task of poverty alleviation.

"Health Code" helps 900 million people travel smoothly, and the Internet empowers the fight against the epidemic

In 2020, in the face of the sudden new crown pneumonia epidemic, the Internet has shown great power and played a key role in winning the battle against the epidemic.

During the epidemic, the national integrated government service platform launched the "Epidemic Prevention Health Code", which has applied for nearly 900 million people and used more than 40 billion people, supporting most areas of the country to achieve "one-yard access". Big data is used in epidemic prevention and control And the role of resumption of work and production is prominent.

At the same time, major online education platforms have launched various free live courses for student groups to facilitate students' home learning, and the number of users has grown rapidly.

Affected by the epidemic, netizens' demand for online medical treatment continues to increase, which further promotes the digital transformation of my country's medical industry.

As of December 2020, the number of online education and online medical users in my country was 342 million and 215 million, respectively, accounting for 34.6% and 21.7% of the total Internet users.

In the future, the Internet will further play an important role in promoting economic recovery, ensuring social operations, and promoting international anti-epidemic cooperation.

Data map: Passengers show the health code and itinerary card to the staff.

The number of netizens is close to 1 billion, and the effect of online poverty alleviation is remarkable

As of December 2020, the number of netizens in my country was 989 million, and the Internet penetration rate reached 70.4%, an increase of 5.9 percentage points from March 2020.

In recent years, substantial progress has been made in the in-depth development of online poverty alleviation actions, and has promoted the accelerated conversion of non-netizens in remote and poor areas.

In terms of network coverage, the “last mile” of communications in poor areas has been opened up. As of November 2020, 98% of poor villages have access to optical fibers.

In terms of network intelligence support, school networking has been accelerated and online education has been accelerated. The Internet access rate of primary and secondary schools (including teaching points) across the country has reached 99.7%, which continues to stimulate the endogenous motivation of the poor for self-development.

In terms of information services, telemedicine has achieved full coverage of national hospitals in poverty-stricken counties, the coverage of basic financial services in administrative villages across the country has reached 99.2%, and an online poverty alleviation information service system has been basically established.

Online retail has ranked first in the world for eight consecutive years, effectively promoting the "double cycle" of consumption

Since 2013, my country has become the world's largest online retail market for eight consecutive years.

As of December 2020, the number of online shopping users in my country has reached 782 million, an increase of 72.15 million over March 2020, accounting for 79.1% of the total Internet users.

With the rapid formation of the domestic and international dual-cycle development pattern with the domestic big cycle as the main body, online retailing continues to cultivate new momentum in the consumer market, and promotes the consumption "dual cycle" by facilitating the upgrading of consumption "quality" and "quantity".

In the domestic consumption cycle, online retail activates the urban and rural consumption cycle; in the international and domestic dual cycle, cross-border e-commerce plays a role in stabilizing foreign trade.

Data map: The anchor brings the goods through the live broadcast.

The utilization rate of online payment is nearly 90%, and the digital currency pilot process is the world's leading

As of December 2020, the number of online payment users in my country has reached 854 million, an increase of 86.36 million compared with March 2020, accounting for 86.4% of the total Internet users.

Through the aggregation of supply chain services, online payment assists merchants to accurately push information, assists the digital transformation of my country's small and medium-sized enterprises, and promotes the development of the digital economy; mobile payment and inclusive finance are deeply integrated, and the gap between the east and the west and the urban and rural areas in my country is narrowed through popularized applications to promote digital dividends To benefit the public and improve the availability of financial services.

The scale of short video users has increased by over 100 million, and the quality of programs has improved dramatically

Among them, the number of short video users is 873 million, an increase of 100 million from March 2020, accounting for 88.3% of the total netizens.

In recent years, ingenious and refined production concepts have gradually been recognized and implemented by the online video industry, and the quality of programs has been greatly improved.

The short video platform tested the water by launching "micro dramas" and "micro variety shows" that more matched the platform, and then gradually entered the long video field.

In 2020, short video applications will flourish in overseas markets, and they will also face certain policy risks.

In 2020, my country will continue to make breakthroughs in cutting-edge technologies such as quantum technology, blockchain, and artificial intelligence, with fruitful application results.

Quantum technology policy layout and supporting support have been continuously strengthened, technical standardization research has developed rapidly, and research and development and application have gradually deepened.

In the field of blockchain, policy support has been continuously strengthened, technological research and development have continued to innovate, the scale of the industry and the number of enterprises has grown rapidly, and practical progress has been made in practical applications.

The market value of listed companies has reached a new high, and the development trend of clustering is obvious

As of December 2020, the total market capitalization of my country's listed Internet companies at home and abroad reached RMB 16.80 trillion, an increase of 51.2% from the end of 2019, setting a new record high.

The clustering development trend of Internet companies has taken shape.

In terms of corporate market value concentration, the top ten Internet companies accounted for 86.9% of the overall market value, an increase of 2.3 percentage points from the end of 2019.

From the perspective of corporate city distribution, Beijing, Shanghai, Guangdong, Zhejiang and other places have concentrated about 80% of Internet listed companies and Internet unicorn companies.

Solid progress in the construction of digital government, leading the world in online service

In 2020, the Party Central Committee and the State Council will vigorously promote the construction of digital government, effectively improve the satisfaction, happiness and sense of acquisition of the people and enterprises, and provide service support for the solid "six stability" work and the full implementation of the "six guarantees" task.

As of December 2020, the number of Internet government service users in my country has reached 844 million, an increase of 150 million from March 2020, accounting for 85.3% of the total Internet users.