As you just saw, the reason that CEO Nak-yeon Lee said that he wished that the Ministry of Information Technology would not hit the wall in advance is because Deputy Prime Minister Hong Nam-ki indicated that it is difficult to give all the disaster subsidies to everyone today. 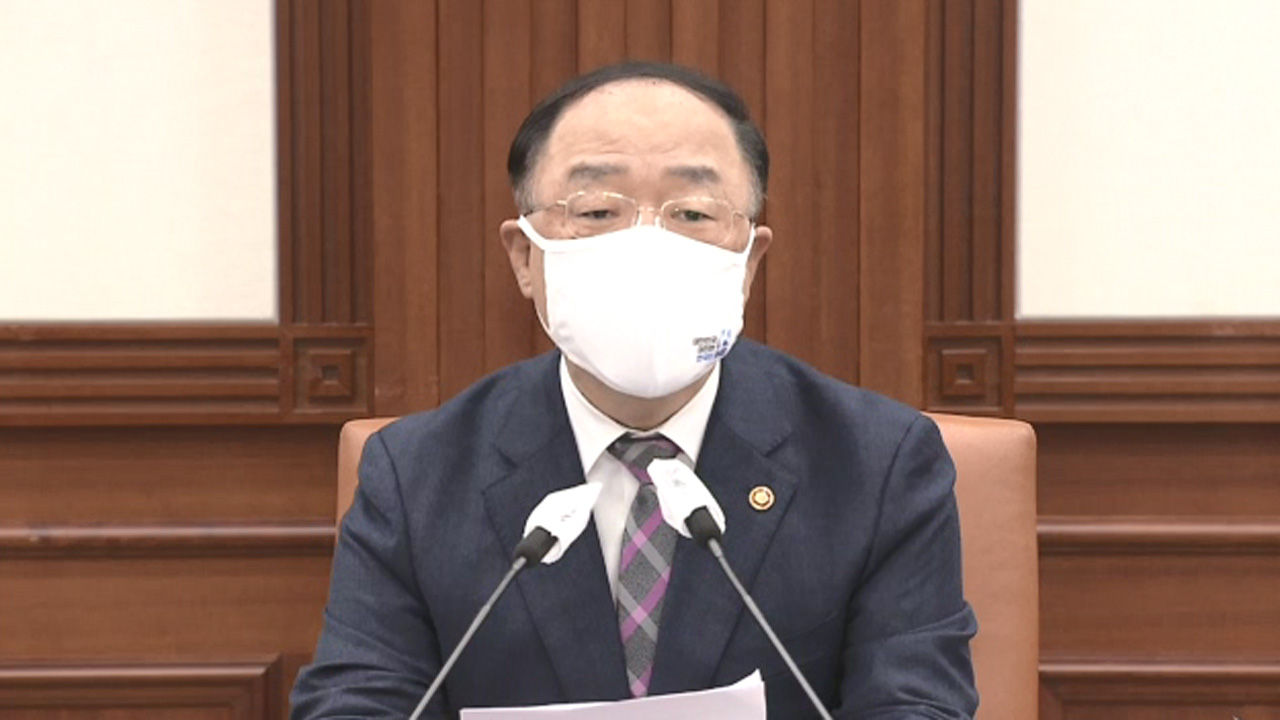 just saw, the reason that CEO Nak-yeon Lee said that he wished the Ministry of Equipment would not hit the wall in advance is because Deputy Prime Minister Hong Nam-gi indicated that it is difficult to give all the disaster subsidies to everyone today (2nd).

As the Deputy Prime Minister in charge of saving the country, he also made clear concerns about the rapid increase in national debt.

This is reporter Hwa Gang-yoon.

Even if additional disaster subsidies are inevitable, it said it would be difficult for the government to accept universal support and selective support at once.

He emphasized the policy of selective support, saying, "The value of the right place to apply where you need it is important," rather than supporting the whole people.

Although we have stepped back in formulating an additional budget for the 4th disaster support payment, we have set aside for the universal payment of the whole nation.

I heard it because of the steep increase in debt.

This is why Deputy Prime Minister Hong insisted on selective support that focuses on supporting the victims while paying less debt.

Some point out that it is not something to fight over whether it is universal or selective or methodology, but that it is necessary to face each other first as to how to raise funds while maintaining financial soundness.

[Lee Sang-min/Nara Salim Research Institute: How much money is provided is important.

The general screening is not important. If we can improve the situation where money is left on one side and insufficient money on the other side, there is room for financial reform through financial reform.]

However, there is no disagreement with the 4th disaster support payment

As such, discussions between the party governments for the formation of the supplementary administration are expected to take place in earnest next month when the 3rd subsidy payment ends.

▶ Officially made up to 30 trillion 4th support fund…

Nak-yeon Lee "Do not hit the curtain"