The volume of trade exchange between Dubai and Israel, during the last five months, reached one billion dirhams, according to a recent statistics of the Dubai Customs Department, and that statistic revealed the volume of trade between the two countries, which amounted to about 6,217 tons, and distributed about 325 million dirhams (for imports) in the amount of 718 Tons, and 60 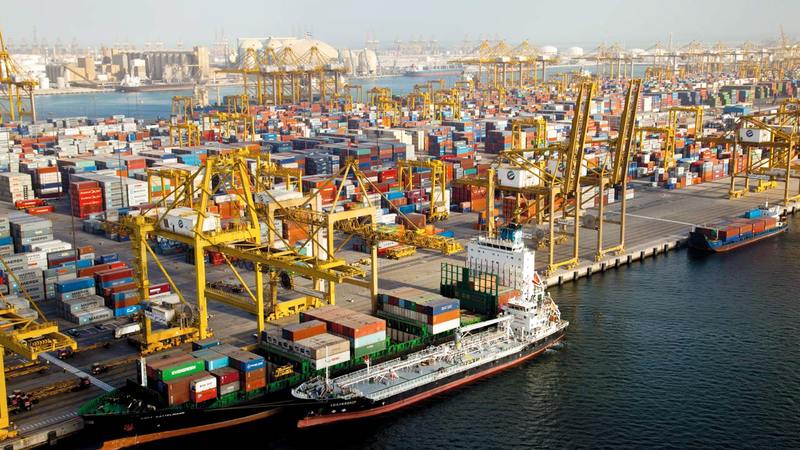 The volume of trade exchange between Dubai and Israel during the last five months reached one billion dirhams, according to a recent statistics of the Dubai Customs Department.

Sultan Ahmed Bin Sulayem, Chairman and CEO of Dubai Ports World Group, Chairman of the Ports, Customs and Free Zone Corporation, said: “The historic peace treaty between the UAE and Israel is leading to a major transformation in the economic, commercial and investment landscape, as we expect trade exchanges between the two sides to increase over the years. Coming to 15 billion dirhams, which provides more than 15 thousand job opportunities.

He emphasized that trade relations with Israel would open new opportunities for trade movement in the Middle East region, noting that the positive data for the volume of trade exchange between the two parties will effectively contribute to activating the movement and exchange of goods by opening new markets between Dubai and Israel, as well as encouraging International companies to raise production levels and open new investment resources.

Bin Sulayem explained that expanding the horizons of economic cooperation between the two sides will not only benefit the business communities in the United Arab Emirates and Israel, but will extend to include all markets and business communities in the Middle East region, stressing that the positive indicators of economic growth translate the vision of His Highness Sheikh Mohammed bin Rashid Al Maktoum Vice President and Prime Minister of the State and Ruler of Dubai, in extending bridges of cooperation, supporting global cross-border partnerships and opening new markets that contribute directly to increasing economic growth in the region.

For his part, Director General of Dubai Customs, Ahmed Mahboob Musabih, said that the amount of Dubai's trade with Israel transported through sea freight amounted to 5,700 tons, valued at 82.8 million dirhams, and through air freight, 423 kilograms, at a value of 948.6 million dirhams.

He stressed that Dubai and Israel possess many common economic potentials and opportunities that would establish a promising future for trade cooperation not only between the two sides, but also on most of the Arab Gulf markets.

Musabih pointed out that "Expo 2020 Dubai" is a vital opportunity for Israel to introduce the world, especially the countries of the region, to the economic contributions and opportunities it can offer.

He continued: “We are looking forward to the participation of the Israeli side in the Fifth International Conference of the Approved Economic Operator Program, organized by (Dubai Customs), as we expect that the conference sessions will attract more than 2,000 people specializing in the customs and commercial sector, e-commerce, and artificial intelligence, which will enhance Dubai’s position. Its strong presence on the global trade map, thanks to its safe trade and investment environment and an innovative customs system, makes it one of the most important commercial centers in the world.

Partnership agreements ... and Israeli interest in the port of "Jebel Ali"

With the aim of enhancing trade and logistical services, and supporting the flow of trade between Israel and the region in general, several partnership agreements have recently been signed between the two sides, including the partnership agreement signed by Dubai Ports World in September 2020 with the Israeli Bank Leumi.

DP World also signed a series of agreements with the Israeli company Dovertour in the fields of shipping, port development, and the establishment of free zones, in addition to submitting a joint proposal to privatize the Israeli Haifa Port, and the contribution of Dubai Customs in facilitating trade through the application of best customs practices. Innovative.

Israel had shown increased interest in loading and unloading operations in the "Jebel Ali Port", and its superior ability to deal and access markets such as: India, Pakistan, Bangladesh, Sri Lanka, and its neighboring countries, as the total number of the population in these markets exceeds two billion, in addition to The port's ability to reach new markets.