Oxfam, the international organization specializing in fighting poverty, based in the United Kingdom, has warned that it may take decades for the poor around the world to recover from the effects of the Coronavirus pandemic, while the very rich have already begun to recover from the losses of the pandemic. PC »Brother 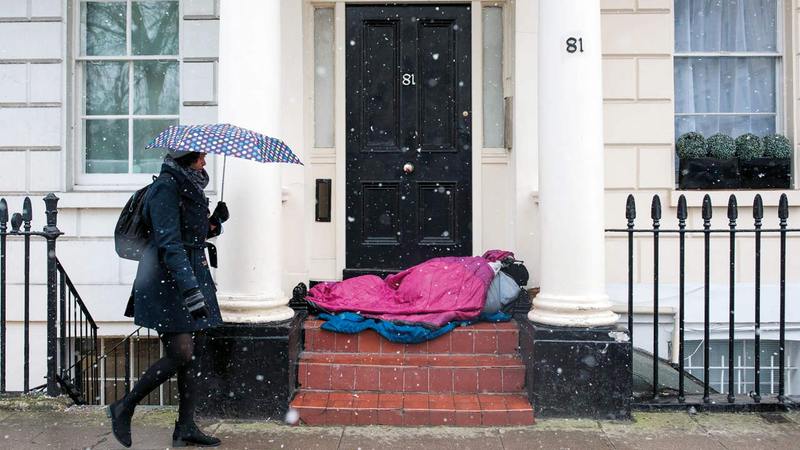 Oxfam: It takes decades for the poor to recover from the effects of the "pandemic"

Oxfam, the international organization specializing in fighting poverty, based in the United Kingdom, has warned that it may take decades for the poor around the world to recover from the effects of the Corona virus, while the very rich have already begun to recover from the losses of the pandemic.

The "CNBC" news network quoted the organization as asserting that "the richest 1000 people in the world have already compensated for their losses due to (Corona) within nine months."

In a report, the network stated that the wealth of the 10 richest men in the world has increased by half a trillion dollars since the start of the pandemic in late 2019, indicating that this amount is sufficient to purchase anti-virus vaccines for all the world's population.

The CNBC report stated that the pandemic led to the worst job crisis in more than 90 years, with hundreds of millions of unemployed people, pointing out that women and ethnic minorities are the most affected by the outbreak of the epidemic.

"Women and marginalized racial and ethnic groups in the world are the ones who bear the brunt of this crisis, because they are the most vulnerable to falling into poverty, hunger, and even exclusion from health care," said Oxfam's executive director, Gabriela Boucher.

Boucher added that "billionaires' fortunes have increased with the recovery of stock markets, despite the continuing recession in the real economy," explaining that the total wealth of billionaires amounted to $ 11.95 trillion in December 2020, equivalent to the total spending of G20 governments to recover from the pandemic.

She pointed out that global stock markets retreated with the imposition of closures to control the virus with the start of its rapid outbreak in Europe and the United States in the spring of 2020, but it has risen since then, thanks to the unprecedented monetary and financial stimulus measures taken by governments and central banks in order to mitigate the impact of Health crisis.

Boucher considered that the road to recovery will be much longer for people who were already fighting poverty before the outbreak of the pandemic, indicating that more than half of workers in poor countries already live in poverty, and that three quarters of workers worldwide do not have access to social protection, Like salaries or unemployment benefits.

She stated that the "Covid-19" virus may enhance economic inequality in almost every country, noting that inequality means that it may take a very long time for the number of people living in poverty to return to pre-pandemic levels.

It is noteworthy that Oxfam relied on its forecasts on several data sources, as the figures for the world's richest came from the Forbes list of billionaires for the year 2020, while the World Bank used data to illustrate the impact of inequality on poverty rates in the world.

Oxfam said that the temporary tax on the excess profits made by the 32 most global companies in terms of making gains during the Corona pandemic, could reach $ 104 billion in 2020.

The organization added, "This is sufficient to provide unemployment benefits for all workers, and financial support for all children and the elderly in low and middle-income countries in the world, but on the other hand, the call for tax increases is likely to be opposed by business communities."