Dispute between the tech giants: Apple endangers Facebook's business - Zuckerberg has plan B.

The new Apple operating system iOS 14 is threatening one of Facebook's largest business areas: advertising. Now social media boss Zuckerberg has developed an idea how he can continue to get user data. The goal is nothing less than the "ultimate product". 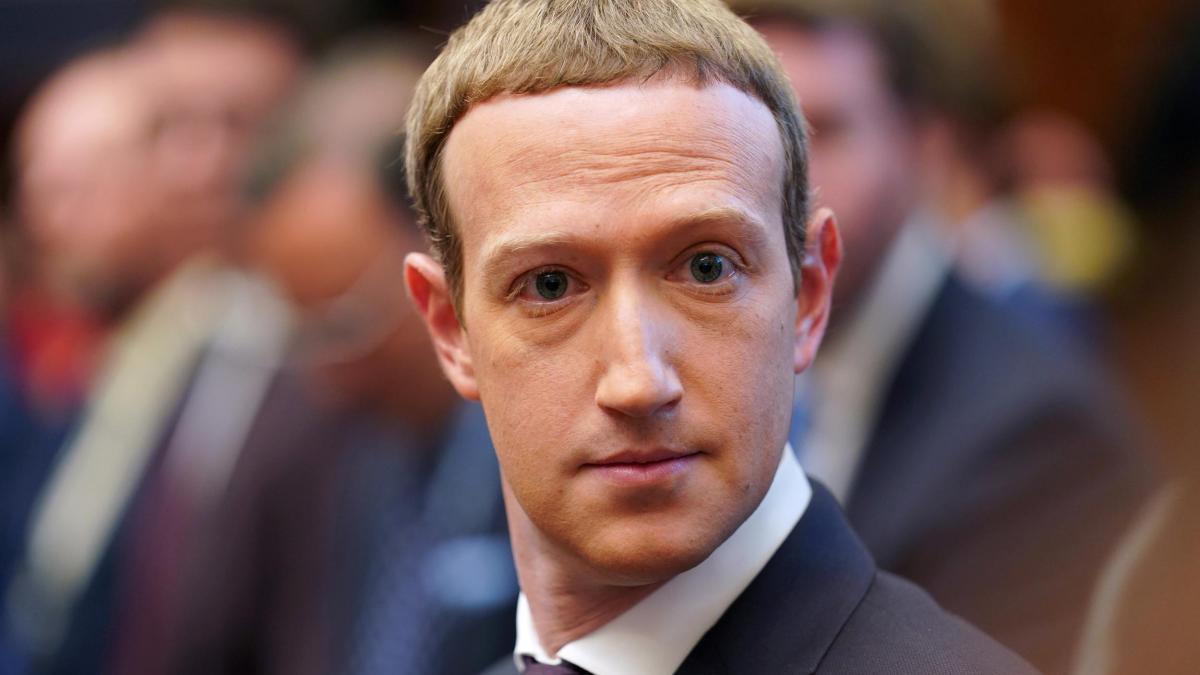 The social networking group Facebook presented quarterly figures on Wednesday evening that exceeded even the boldest expectations of analysts: Facebook achieved a 33 percent increase in sales to $ 28.1 billion in the fourth quarter, which was shaped by the corona pandemic.

The quarterly profit rose even more extreme by 53 percent to 11.2 billion dollars.

3.3 billion people used the Group's services, 14 percent more than a year ago.

Facebook boss Mark Zuckerberg would have every reason to be satisfied.

But in the conference call on the numbers, Zuckerberg was anything but optimistic.

The reason is the dispute with another tech giant from California: "We now see Apple as one of our biggest competitors," said Zuckerberg and warned of the consequences of a change in Apple's iOS 14 operating system, which will be played out to all users from spring .

In the future, Apple wants to ask which user data Facebook apps are allowed to collect.

But that calls into question Facebook's entire advertising business on iPhones - and could force Zuckerberg to change its corporate strategy: Like Apple, Facebook wants to become a hardware company itself.

The dispute between the two giants of Silicon Valley over the responsible handling of user data has been going on for over two years: In January 2019, Apple unceremoniously threw various internal Facebook programs from its devices after Facebook, in Apple's view, extended its developer privileges for the data collection app " Facebook Research “had abused.

Organizational chaos promptly broke out on Facebook's campus, Facebook crept to the cross and got its privileges back.

Since then, there has been little love between the companies: Apple CEO Tim Cook used every opportunity to warn against the misuse of user data in targeted advertising, Facebook spoke of an abuse of power by Apple.

But it wasn't until Apple announced iOS 14 in 2020 that the cold war got hot.

In the upcoming iOS version 14.4, Apple is forcing all app providers to ask their users what data they want to disclose.

Facebook fears that the majority of all users could answer this question with "none at all".

This would fundamentally call Facebook's advertising business model, at least on Apple devices, into question.

Even more, "the free Internet" is endangered by the update, wrote Facebook in a full-page advertisement in various US newspapers in December and since then has been defending the small companies against Apple.

The company is currently warning its advertisers: "Apple's planned changes will limit your ability to reach consumers on mobile devices and on the Internet, to understand their actions and to interact with them."

All of this has not impressed Apple in the least, on the contrary: CEO Tim Cook announced on Thursday that iOS14.4, along with the “App Tracking Transparency” function feared by Facebook, will be installed on all newer iOS devices in the spring.

The group now deliberately sells data protection as a unique selling point compared to the Android competition and uses it for marketing.

On Thursday evening, Cook also gave a speech at the “Computers, Privacy and Data Protection Conference”, in which he once again clearly opposed the evaluation of user data on mobile devices: “All information is monetized.

The end result is a 360-degree picture of your life.

You are then no longer the customer, but the serf. ”If the new iOS function is activated, Apple users can again decide for themselves which data is exactly analyzed.

Cook did not mention the name Facebook - but it was clear who exactly, from Cook's point of view, would create the most extensive data image.

In an analyst meeting on Wednesday evening, Facebook's CFO Dave Wehner explained why Facebook is so afraid of Apple's measure: “Apple's iOS 14 approval message is written by Apple, not by the app developers.

So we have fewer opportunities to send a message to the users. "

So far, Facebook has always eased the tightening of data protection, such as the European GDPR, by asking users as innocently as possible for their permission to dig further.

Facebook has to find out that the manufacturers make the rules on mobile devices.

That's why Mark Zuckerberg now has to act - and wants to become a manufacturer himself.

“Historically, a new platform is created about every 15 years,” Zuckerberg said on Wednesday.

“First mainframes, then PCs, then browsers, finally mobile devices.” Facebook initially missed the move to mobile devices in the 2000s, and its own smartphone project flopped.

So Zuckerberg is currently investing billions in order to be at the forefront of the next platform change - and to write the rules for advertising on the devices himself.

"The next logical step are immersive computer platforms", Zuckerberg is convinced - smart augmented reality glasses that merge reality and virtual images in the user's gaze.

In October last year, Facebook brought out its virtual reality glasses "Quest 2" - these were the first VR device to be a mass success in the Christmas business, said Zuckerberg.

Zuckerberg announced the market launch of the first augmented reality glasses for 2021, which the group is currently developing together with the glasses manufacturer Luxottica under its "Ray Ban" brand.

"The ultimate product is still a few years away - but this quarter's sales figures show that this future begins now."

But whether Facebook can then do what it wants on its own hardware with the user data, that should not least depend on the regulation of the devices.

The Bundeskartellamt has already announced resistance in this country:

In December, the German competition authorities started a procedure against Facebook: The mandatory linking of Facebook user accounts and virtual reality glasses could represent an abuse of market power by Facebook, the office fears.

Since Facebook is an important provider both in the advertising market and in the still young virtual reality business, the tapping of user data and the linking of both businesses could be prohibited.

If the cartel watchdogs prevail in the EU, Zuckerberg's idea would have failed, at least in Europe.