The frequency of personal loans increased in September, October and November

According to data issued by the Central Bank, that individuals' financing from personal loans, car purchases and credit cards rose again at a greater pace starting last September, and the figures showed that the monthly rate of increase exceeded one billion dirhams during the months of September, October and November, compared to Ziad. 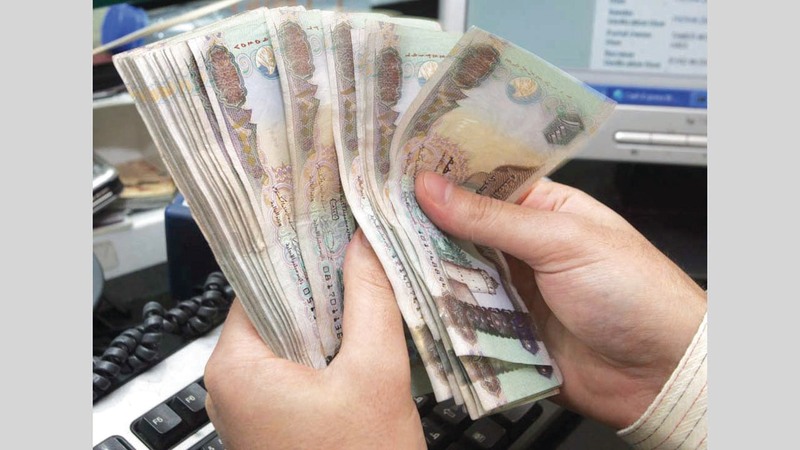 The frequency of personal loans increased in September, October and November

According to data issued by the Central Bank, individuals' financing from personal loans, car purchases and credit cards increased at a greater rate, starting from last September.

The figures showed that the monthly increase rate exceeded one billion dirhams during the months of September, October and November, compared to a monthly increase of between 200 million and 400 million during the period between March and July 2020, but recorded a decline in some months, such as May and June.

By the end of last November, banks were able to approach the highest level recorded in the individual loans item before the peak of the virus, specifically by the end of February 2020, when it was 333.3 billion dirhams.

The banking expert, Ahmed Nasser, said, “The second and third quarters of 2020 witnessed the peak of the spread of the Corona virus, which greatly affected various sectors, which created reservations with banks in granting loans and financing to individuals for several reasons, including the instability of some jobs, reducing the salaries of some and ending the services of others. "This made there a slowdown in individual loans."

He added, “The last quarter of last year witnessed the resumption of economic activities, the resumption of commercial activity, and the stability of conditions, which made there is a greater appetite for individuals themselves to take out loans.

On the other hand, the same banks expanded in providing various offers, especially as of last October.

Nasser added, "The individual sector is one of the important sectors for banks, so banks never stopped granting financing to them, but the crisis came unprecedented and called for a greater study of risks and taking into account market fluctuations."

For his part, the banking expert, Muhammad Ghazi, said that “the decline in interest rates during the last quarter of last year made the cost of funds themselves lower, and thus banks have been active in marketing their various products, in addition to the significant increase in the level of bank deposits, and it is in the interest of banks to employ these The money is in its operating business to make profits and offset the recession that lasted more than 6 months.

Ghazi added, “Many individuals also postponed any plans they had that required borrowing, such as buying a car, building a house, or anything else during the Coronavirus months, and resuming their plans after the markets reopened again, so the demand for the same loans has grown more than it was during Spread of the virus ».

And he indicated that the pandemic imposed electronic shopping on everyone to a greater degree than before, and this required individuals to have credit cards, so the pace of possession of a credit card accelerated, as well as the case for cars that witnessed a decline in prices during the third quarter, which encouraged many to take car financing .